The Infiltrator, a film based on the real-life story of former U.S. Customs and Drug Enforcement Agent Robert “Bob” Mazur, hits theaters July 13.

Bryan Cranston of Breaking Bad fame plays Mazur, 65, who went undercover in the 1980s as a Tampa businessman to help bring down bankers who laundered tens of millions of dollars for Colombian drug lord Pablo Escobar.

How did Mazur’s dangerous job become the plot for a movie? According to his website, Mazur worked with movie director Michael Mann for several months as a consultant for the 2006 film Miami Vice. Mann told Mazur that his life story had great potential to be a movie. So, Mazur wrote his own memoir, and in 2009, it became a book called The Infiltrator: My Secret Life Inside the Dirty Banks Behind Pablo Escobar’s Medellín Cartel.

Now, the big-screen version of Mazur’s white-knuckle tale is appearing in theaters nationwide. Here’s what you need to know about him:

1. He’s Secretive About His Appearance

Robert Mazur is a former U.S. Customs and Drug Enforcement Agent on whom the film The Infiltrator is based. (Twitter)

According to TBO.com, more than 20 years ago, Mazur learned the Medellin drug cartel had sent a hit squad to kill him. Although most of the cartel figures Mazur angered because of his undercover work are dead or in prison, Mazur still doesn’t allow photographs, and his face is obscured in television interviews.

Back in 2009, Mazur didn’t sign copies of his book at bookstores or book fairs; he only promoted the memoir in places that met his security requirements, the TBO.com story states. During a July 6 interview with Tampa’s Studio 10 Live, Mazur appeared in silhouette and his voice was disguised.

The Tampa Bay Times reported July 7 that Mazur is “fine with letting people think he looks like Bryan Cranston.” During the world premiere of the film at Tampa Theatre July 6, Mazur was in the audience but wasn’t identified even though his colleagues took bows on stage, according to the Times.

Mazur doesn’t hide, but he doesn’t take unnecessary chances, the Times reported. Asked directly if he was still in danger, Mazur responded: “You know, I don’t talk about that. I don’t really feel that it’s a public issue.”

2. He Went Undercover as ‘Bob Musella’ & Found the Name in a Graveyard

Mazur’s name undercover was Bob Musella, “a wealthy, mob-connected big shot living the good life,” according to Mazur’s website. He wore Armani suits, stayed in hotel suites that cost $1,000 a night, drove expensive cars and flew in private jets. Musella’s flashy extravagance was the facade that allowed Mazur to record evidence of wrongdoing.

Mazur picked his undercover name, Musella, from a gravestone, according to the Tampa Bay Times. The man was “around his age, Italian-American, same first name and initials to avoid slipups. The feds set up Mazur’s new identity over a six-month campaign,” the Times reported.

The choosing of Mazur’s undercover identity is a scene in The Infiltrator film, and Cranston told Screen Slam about the importance of shooting it:

“That scene was on the chopping block of getting lost. It was like, we’re gonna have to cut it out of the script because we just don’t have time to shoot it. And I said to (director Brad Furman), ‘We gotta have that scene.’ … So, we just did guerrilla style.

Watch the whole anecdote starting at minute 3:24 in the video above.

3. He’s Happy Cranston Was Chosen to Play Him

Although Mazur admitted to the Tampa Bay Times that he had never seen Breaking Bad until after Cranston was picked for the movie, Mazur said Cranston has depth and can handle complex characters.

“So I am happy about his talent and international recognition,” the Times quoted Mazur as saying.

Mazur said Cranston is talented at reading people, and he even had Cranston to his home for dinner, the Times reported.

On his Facebook page last year, Mazur posted a trailer from Cranston’s movie Trumbo and wrote, in part:

Bryan is a wonderful person who is a tremendous talent. He’s a great actor that delivers true feeling and authenticity to the characters he plays. What you see in his performance in Trumbo, although fantastic, is only a part of what you’ll see when he delivers his performance in The Infiltrator.

In another Facebook post, Mazur said Cranston and actor Benjamin Bratt, who also stars in the film, are “phenomenal actors” who “brought so much more than just their great acting ability to this project. Their sixth senses and insight shaped scenes in a way that only they could envision.”

4. Cranston Said Mazur Was a ‘Phenomenal’ Character to Play

Your cover is your life. @BryanCranston​ & the real Infiltrator @robertmazur take us deep into the underworld.https://t.co/BvXwgTiLyO

Cranston was interviewed for a behind-the-scenes look at the movie, which was posted on The Infiltrator film’s Twitter account.

“The character is phenomenal,” Cranston said in the preview. “He’s a heroic guy. And I just like the idea that there was a man who was committed to trying to improve his country, his society, and in order to do that, he had to become very good friends with some very bad people.”

He told AMC Theatres that his objective was to get to know Mazur and how he lived with the realization that he could have been killed at any moment if anyone found out his true identity.

“The thing that really brought me to wanting to do The Infiltrator was the fact that, how does that man then end his day as Bob Musella — this underground figure — and go home and be Bob Mazer to his wife and kids, and take out the trash, or do some chores at home, or help his kids with their homework, or something like that. And I thought that’s the fascinating story, that balance. How does that same man divide his attention and focus, and leave his work at work? It’s hard for me to do sometimes, but for him living under that constant pressure, it’s almost insurmountable.

Cranston told Screen Rant that being able to talk to Mazur was a “terrific advantage.”

“You know, he gave me tremendous insight on the details and the day-to-day and the monotony at times of what it was to follow through on these steps, how to build a family tree of the organization you’re going to bring down,” Cranston said in the interview. “You have to remember the players’ names, who’s the boss of whom and all that. There’s a lot to take in. It’s like putting together a massive jigsaw puzzle.”

He ended the behind-the-scenes preview by saying: “It’s a fun ride.”

Mazur addresses law enforcement agencies and banking executives nationwide about anti-money laundering techniques, according to his website. In May, he was at a business defense forum in Montreal where, according to the agenda, he shared his “insights into the mechanics of money laundering networks, empowering institutions in the fight against global financial crime.”

On his Facebook page, he said presenting at the forum was a privilege.

“The mission here is to spread the word and try to help people to do the right thing,” he wrote.

In a promo video on his website for speaking engagements, Mazur said he can arm the institutions to which he presents with knowledge, which is the best weapon to fight organized financial crime.

“As a speaker, I take audiences to ground zero: the heart of money laundering risk,” he said in the promo video. “You’ll hear inconvenient truths that you and your institutions should know. Truths that would normally remain behind closed boardroom doors or buried deep within a cartel. There are no questions I won’t answer.” 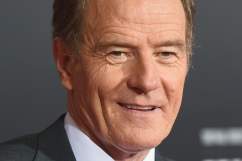