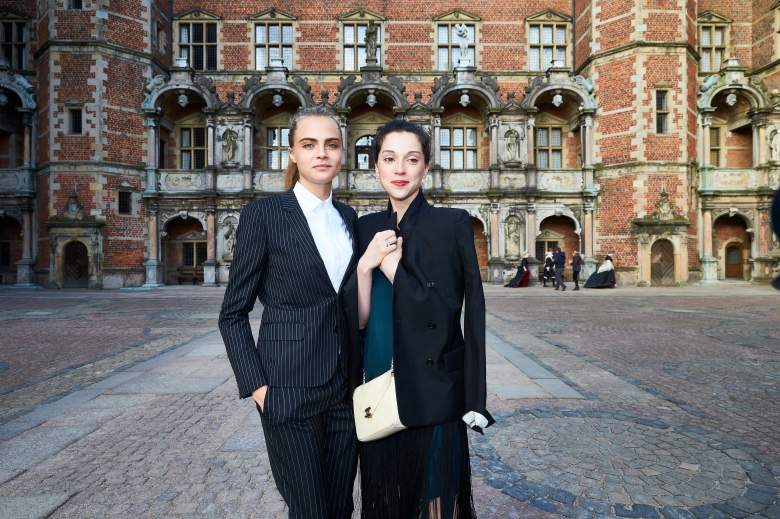 Who is Cara Delevingne dating these days? Since March 2015, Delevingne has been in a relationship with Annie Clark, who performs under the name St. Vincent. Clark is an American musician and singer-songwriter. She’s 33-years-old, making her ten years Cara’s senior.

Though 2015 is when the couple made their relationship public, it’s speculated that they began dating before that, and were just trying to stay out of the public eye. As usual, their relationship has brought with it many engagement rumors. This past February, a Paris tourist claimed she saw Cara Delevingne proposing to Annie on top of the Eiffel Tower. The woman claimed, “I could see Cara on bended knee, clearly proposing to her girlfriend. It was really touching. Cara obviously likes to do things traditionally.”

In the past, Cara has been linked to Jay Electronica, Jake Bugg, Prince Harry, Rita Ora, Leo DiCaprio, Gaz Beadle, Harry Styles, Sienna Miller, and Michelle Rodriguez. Of course, in true Cara style, Delevingne has shot almost all of these relationships down– but not Clark! In an interview with Vogue, the supermodel said, “I think that being in love with my girlfriend is a big part of why I’m feeling so happy with who I am these days.”

Read More
Cara Delevingne, St. VIncent
Who is Cara Delevingne dating? Does she have a girlfriend right now? Are they engaged? Find out here.