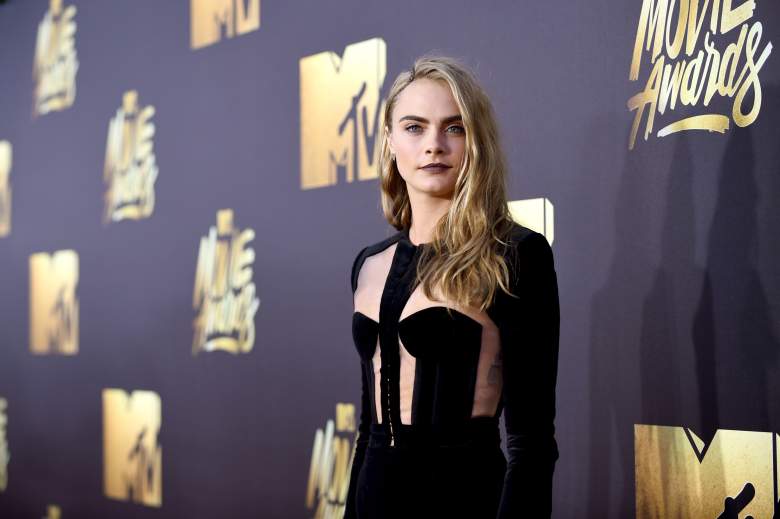 Cara Delevingne, 23, is a British supermodel who has broken into acting. She will next be seen on the big screen in Suicide Squad, playing the DC Comics villain Enchantress. She’s been modeling since she was a teen, earning attention for her unique look and eyebrows. In 2012, she took on acting, starring in Joe Wright’s Anna Karenina with Keira Knightley. Delevingne has two films lined up for 2017, Luc Besson’s Valerian and the City of a Thousand Planets and Justin Chadwick’s Tulip Fever. He big break as an actress came in 2015’s Paper Towns.

Delevingne is bisexual and dating indie musician Annie Clark, who performs under the name St. Vincent.

Here’s a look at Delevingne’s wealth and career. 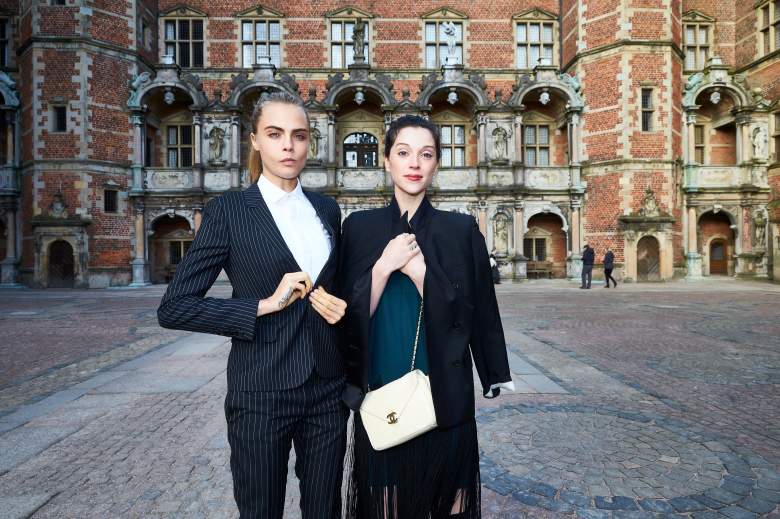 Delevingne has an estimated net worth of $17 million, according to Celebrity Net Worth. Last year, Forbes estimated that she made $9 million in 2015 alone, making her the second-highest paid model of the year. Gisele Bundchen was still number one with $44 million. Delevingne tied with Adriana Lima for second place.

For someone who has made so much money from modeling, Delevingne has wanted to focus more on acting.

“Modelling is a great job, and I appreciate everything it has brought me, but it’s not my passion,” she told the Daily Mail in 2014. “As far back as I can remember I’ve wanted to act. We were going through all these old home videos recently, which I’d never seen before, and there were shots of me acting on a mocked-up stage.” 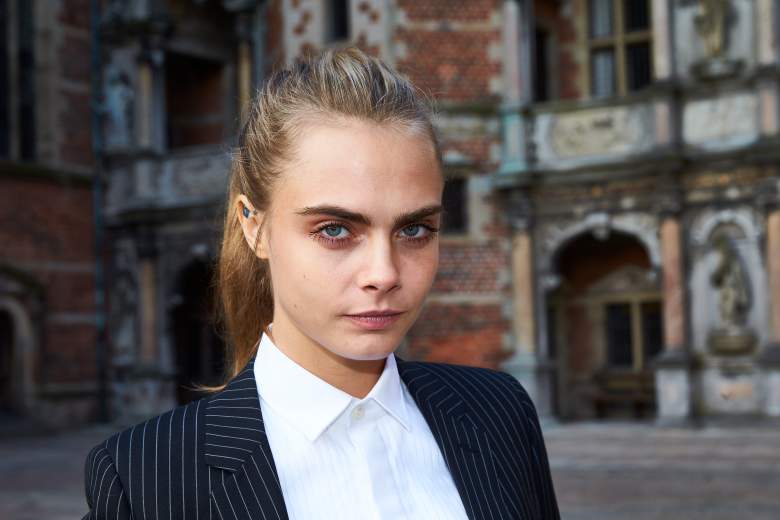 Delevingne has an astonishing following on Instagram, with over 3 million followers. So it’s not surprising that brands want to tap into that base. According to CR Fashion Book, Delevingne’s Instagram posts are valued between $125,000 and $300,000.

“If you want to reach a model’s audience, you’re going to have to pay a hefty additional fee for that,” Frank Spadafora, CEO of D’Marie Archive, told the magazine.

Kendall Jenner and Gigi Hadid can also earn thousands for their Instagram posts. Miranda Kerr, Behati Prinsloo and Miranda Kerr are in the second tier and can earn between $25,000 and $50,000 for their social media posts. An advertiser or brand can reach 61 million followers if they work with Jenner. 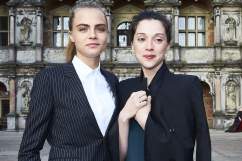 Who Is Cara Delevingne Dating?

3. She Made Her Modeling Debut on the Cover of Italian Vogue at 10 Years Old 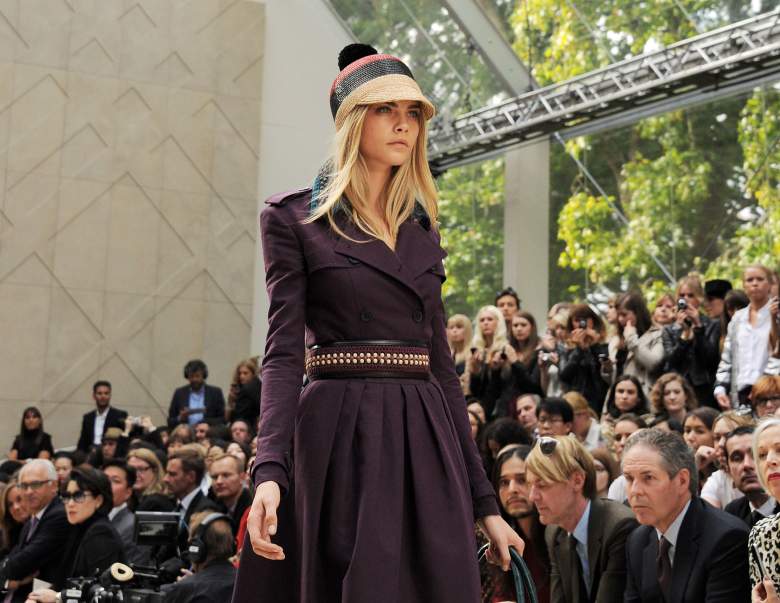 “Cara probably doesn’t remember but she was gorgeous then. I think that was the first time she was featured in print,” Treacy said, the site notes. “I think she is going to be as big as Kate Moss. If not even bigger.”

By 2009, Delevingne was already a star of the British modeling world. She signed with Storm Models, the same agency Kate Moss signed with, in 2009, reports the Daily Mail.

Although Delevingne has appeared in campaigns for the typical fashion suspects – like H&M, Chanel and Burberry and modeled for Stella McCartney, Jason Wu, Dole & Gabbana, Oscar de la Renta and many others – she’s also been recruited for some unconventional campaigns. In 2015, she famously appeared in an ad for Call of Duty: Black Ops III, in which she ended a regular guy’s game as the Rolling Stones’ “Paint It Black” played in the background.

Also in 2015, she appeared in a Chanel campaign with singer/producer Pharrell Williams. The campaign was photographed by Karl Lagerfeld.

Earlier this year, she joined Tag Heuer as the latest celebrity to appear in campaigns for the watch brand. As CNN notes, she was seen on a billboard poster where she wasn’t wearing their watch. The company picked her “to open our minds to the brashness and boldness of today’s youth.”

5. She Was Going to Launch a Clothing Line With Kendall Jenner, but a Dispute Put it on Hold 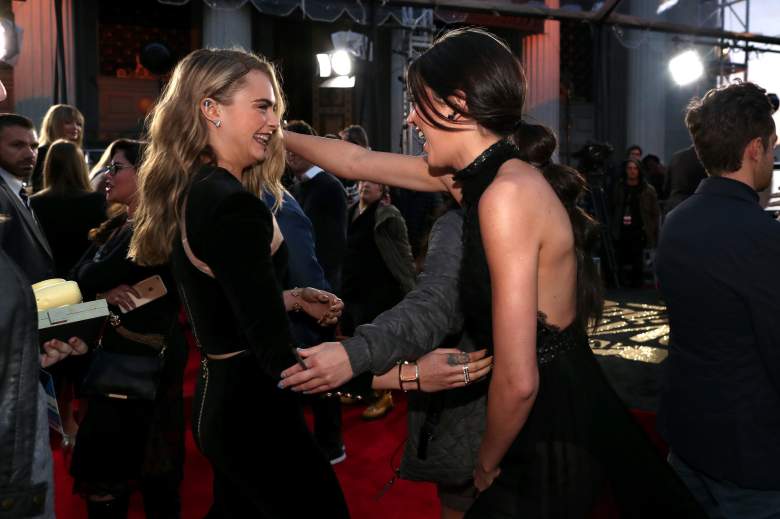 Delevingne and Kendall Jenner at the 2016 MTV Movie Awards. (Getty)

In January 2016, The Sun reported that Kendall Jenner and Delevingne were partnering up to create their own fashion line. It was appropriately dubbed “CaKe,” taking the first two letters of their first names. They have been seen wearing shirts with the words “CaKe Your” on them when they are together.

The Daily Mail reported in March though that their plans were put on hold because Kris Jenner applied for a trademark to “CaKe by Kendall and Cara,” instead of “CaKe by Cara and Kendall.” Delevingne thought her name should be first.

When asked about the clothing line in February, Jenner told People Magazine that CaKe, “Right now is a personal thing.” 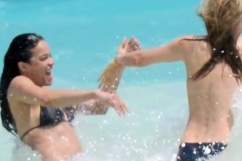