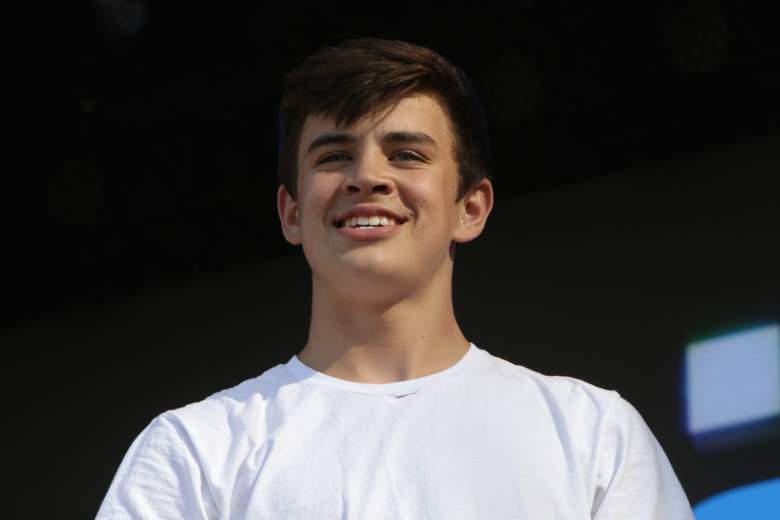 Hayes Grier is a social media star at only 16. (Getty)

Hayes Grier, the 16-year-old social media star, was in a car crash on Thursday. His fans took to Twitter to “#PrayForHayes,” which is trending in the U.S. Others were tweeting “#HayesIsDeadParty.” The crash was serious, but Nash Grier, Hayes’ equally famous older brother, tweeted that he will survive. A rep for Grier also confirmed that he was in an accident.

Here’s a look at Grier and what we know about his car accident.

1. Nash Announced the Crash & Posted a Text That Said Hayes Suffered a Concussion 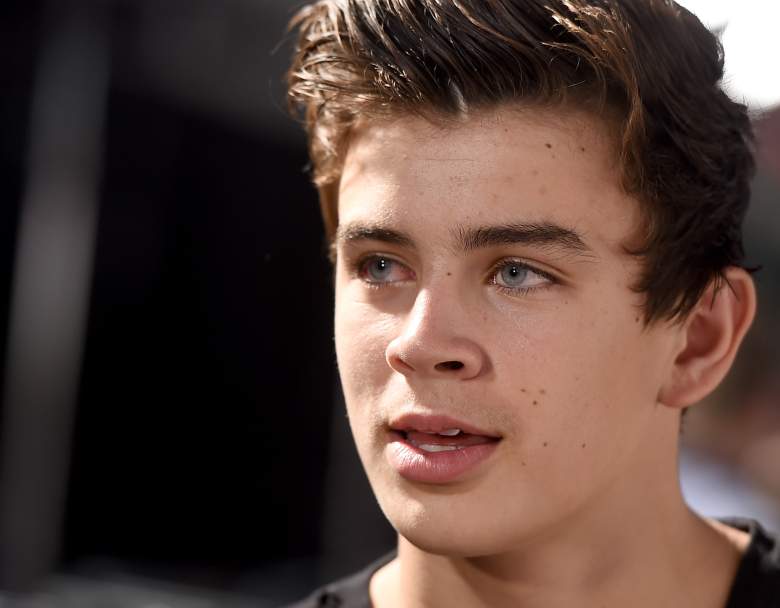 At 5 p.m. ET, Nash Grier, 18, revealed to his 5.63 million followers that his younger brother was in a car crash. “Just got a call on set that said Hayes was in a crash. He’s now in the hospital,” he wrote. Then he added, “Damn I hate hearing shit like that on the phone scared me to death.”

About 50 minutes later, Nash Grier posted a text message he received that confirmed that his brother suffered a concussion, fractured two ribs and is “in a lot of pain.” Nash Grier added, “Phew.”

A rep for @HayesGrier tells @etnow he was was involved in an accident and was taken to the hospital. "He's under great care." #PrayForHayes

Nash Grier later told one fan that the family “is fine it just came as a shock.”

. @xonickie_ we're fine it just came as a shock. Life is very delicate! Hayes not so much 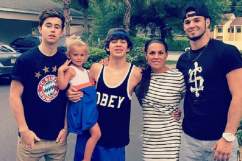 Will, Hayes & Nash Grier: 5 Fast Facts You Need to Know

2. The Nash Brothers Have Over 16 Million Followers on Vine Combined 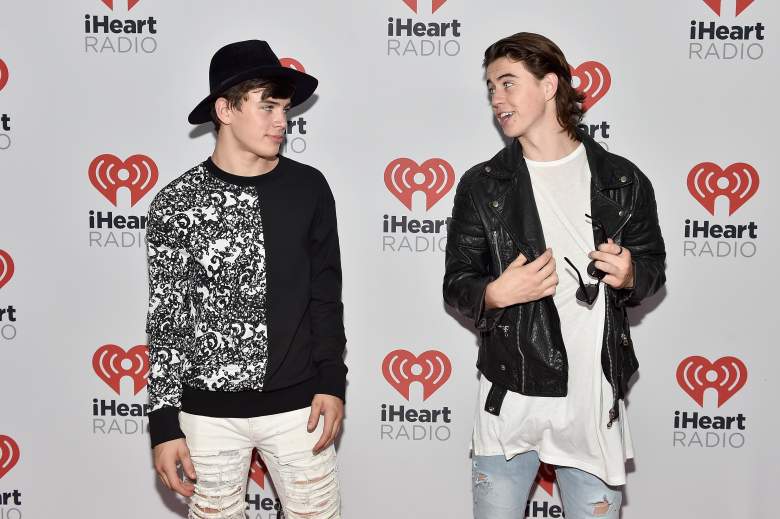 Their Twitter pages have even more followers, which explains why #PrayForHayes began trending almost the moment Nash Grier tweeted it. Grier has 3.53 million followers.

On YouTube, Grier has only posted seven videos, but he has over 840,000 subscribers. Nash Grier is much more popular on YouTube with 4 million subscribers.

The brothers starred in an Aerostople campaign for clothing design by Bethany Mota in 2014. They were joined by other Vine stars Cameron Dallas and Carter Reynolds. “Honestly I actually don’t believe it’s happening. I kind of think it’s still a dream. It’s surreal,” Nash Grier told Twist of that campaign.

3. Their Older Brother is a Quarterback Engaged to a Former Cheerleader 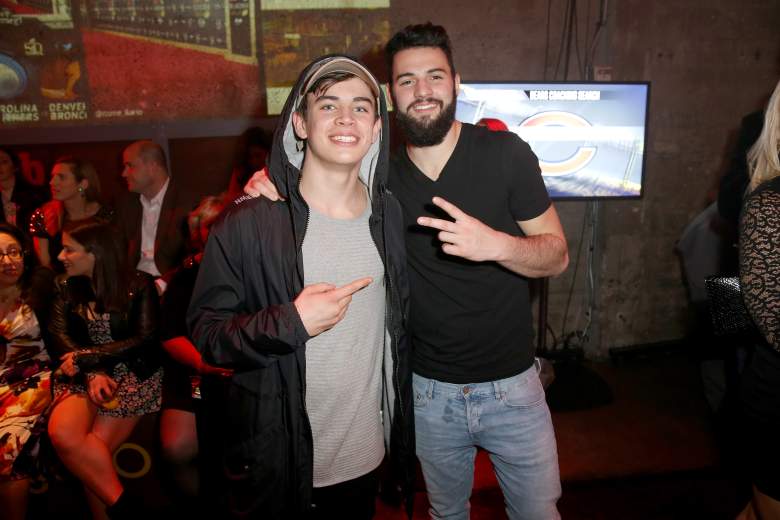 Hayes and Will Grier. (Getty)

Nash and Hayes Grier’s older brother is Will Greer, a former Florida quarterback who transferred to West Virginia. However, he likely won’t play until next year due to a year-long suspension for using an NCAA-banned substance.

Will Grier and Jeanne Marie O’Neil, a former Tampa Bay Buccaneers cheerleader, are engaged and expecting their first child.

I'M GONNA BE AN UNCLE!

4. Grier Starred on ‘Dancing With The Stars’ Last Fall 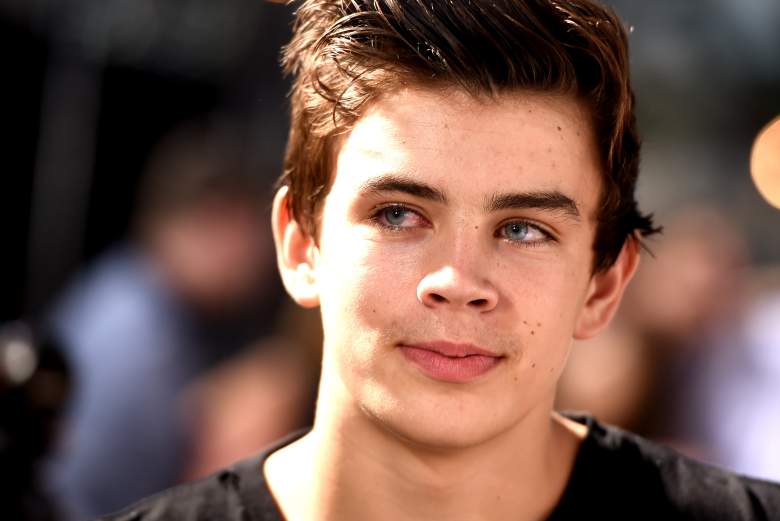 Last fall, Grier’s career as an entertainer got a major boost when he became the youngest male competitor for ABC’s Dancing with the Stars. He was paired with Emma Slater.

In July 2016, Grier was picked to star in a reality series that will be available on Verizon’s Go90 called Top Grier. 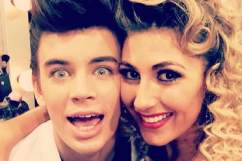 Grier almost helped Dallas Mavericks Center Zaza Pachulia become an NBA All-Star, but he made one big mistake. As Fan Sided notes, Grier asked his Twitter followers to tweet “#NBAVOTEZAZA.” However, the NBA wanted Pachulia’s fans to include the player’s last name in the hashtag. Grier even caused the wrong hashtag to trend on Twitter worldwide.

Tweet the hashtag #NBAVOTE with "Zaza Pachulia" and I'll be liking and following you and your tweets!! @beraofficial

Pachulia ended up losing the vote for the last All-Star spot by just 14,227 votes.