Garry Marshall, who created Happy Days, adapted The Odd Couple for television and directed dozens of movies, has died at the age of 81, Access Hollywood reports.

His family confirmed his death to CBS News and several other media outlets.

1. He Died of Complications of Pneumonia Following a Stroke

Marshall died Tuesday a hospital in Burbank, California, of complications from pneumonia he developed after suffering a stroke, his representatives told KTLA-TV.

“He loved telling stories, making people laugh and playing softball, winning numerous championships. Even at 81, he had a record this year of 6-1 pitching for his team,” his publicist said in a statement.

His funeral will be private, but his family told Rolling Stone a memorial service is being planned for his birthday, November 13.

Marshall is survived by his wife, Barbara, and his three children, Kathleen, Lori and Scott.

He is also survived by his sisters, actress Penny Marshall, who played Laverne DeFazio on Happy Days and its spinoff, Laverne & Shirley, and Ronny Hallin.

Marshall and his wife were married in 1963. They lived together in Toluca Lake in the San Fernando Valley, where they moved in 1975.

All three of his children followed his footsteps into the entertainment business. Lori is a writer, Kathleen is a theatre producer and Scott is a film and TV director.

He also is survived by his six grandchildren. 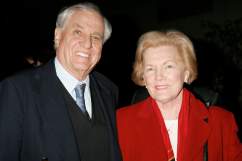 3. He Was Born in The Bronx in 1934 & Attended Northwestern University

Garry Marshall in 2014 at the Rose Parade with Dodgers’ broadcaster Vin Scully. (Getty)

Marshall was born in The Bronx, New York, on November 13, 1934, as the son of Anthony and Marjorie Ward Marshall. His father was a director of industrial films and producer, and his mother was a tap dance teacher.

He went to Northwestern University’s Medill School of Journalism, according to his biography on the website of the Falcon Theater, which he found in Burbank, California.

After college he served in the Army for two years, and was stationed in South Korea, according to the Wall Street Journal. He then began working as a reporter for the New York Daily News, before moving out to California to pursue a career in the entertainment industry. 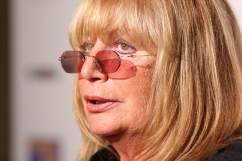 4. He Began His Career as a Joke Writer for Comedians Before Working for ‘The Tonight Show’

While working for the Daily News, Marshall worked as a joke writer for comedians on the side, he told the Wall Street Journal earlier this year. He moved to Los Angeles in 1961.

He worked as a writer for The Tonight Show with Jack Paar, before landing writing gigs on the The Dick Van Dyke Show, The Joey Bishop Show and The Lucy Show.

He created his first show, Hey, Landlord, in 1966. The show lasted one season. In 1970, he adapted Neal Simon’s play The Odd Couple for TV. Then, in 1974, he created Happy Days, which ran for 10 seasons and spawned several spinoffs. 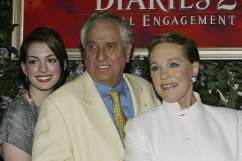 5. He Was Inducted Into the Television Hall of Fame in 1997 for His Work on ‘Happy Days’ & Other Shows

Marshall was inducted into the Television Hall of Fame in 1997 for his work on Happy Days and the many other TV shows he worked on during his career.

He has also been honored with a star on the Hollywood Walk of Fame, and was given the Laurel Award for TV Writing Achievement by the Writers Guild of America in 2014.

“Garry Marshall’s filmography – from The Joey Bishop Show to Happy Days – is a virtual history of American television comedy. Both of-their-time and timeless, his shows are a gentle, generous, comic mirror held up to late mid-century America. And no one is a finer or funnier chronicler of friendship – male or female (or alien) – than Garry Marshall. Beloved both for his iconic work and the warmth of his spirit, today we rightly place him on the short list of the best of our best,” said WGAW President Christopher Keyser in 2014. 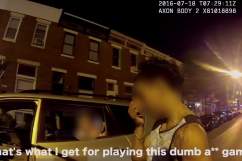