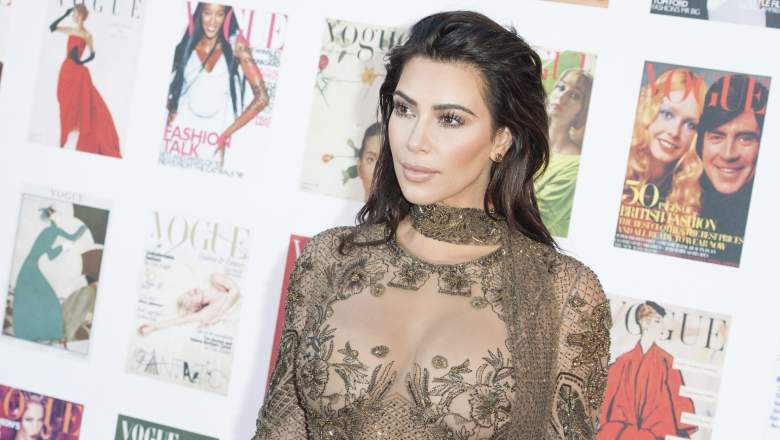 Kim Kardashian said that she’s tired of people giving her husband a hard time, especially when issues are fake or made up. When Kanye West came out with his song “Famous,” he wrote lyrics about making Taylor Swift famous. Swift fired back in her Grammys acceptance speech saying that people will try to cut down and take credit for your success when you succeed. Kanye West posted several tweets online explaining that he and Swift had a long conversation about the song and that she approved of it, even thinking it was funny. When Swift’s reps released a statement saying she did not give approval for the song, a dead feud was refueled. Swift’s negative reaction infuriated Kardashian, who told GQ:

She totally knew that that was coming out. She wanted to all of a sudden act like she didn’t. I swear, my husband gets so much shit for things [when] he really was doing proper protocol and even called to get it approved.

Here is the entire conversation Taylor & Kanye had, judge for yourself. pic.twitter.com/InTjvPGKe3

Rick Rubin was there. So many respected people in the music business heard that [conversation] and knew. I mean, he’s called me a bitch in his songs. That’s just, like, what they say. I never once think, [gasping] ‘What a derogatory word! How dare he?’ Not in a million years. I don’t know why she just, you know, flipped all of a sudden … It was funny because [on the call with Kanye, Taylor] said, ‘When I get on the Grammy red carpet, all the media is going to think that I’m so against this, and I’ll just laugh and say, ‘The joke’s on you, guys. I was in on it the whole time.’ And I’m like, wait, but [in] your Grammy speech, you completely dissed my husband just to play the victim again.

What’s even more interesting is that Kardashian said that Swift was not in touch after the speech but, “Maybe an attorney’s letter she sent saying, ‘Don’t ever let that footage come out of me saying that. Destroy it.’”

On tonight’s episode of Keeping Up With the Kardashians, Kardashian gets into a conversation about this with her family. Check out the clip below.

Read More
Celebrities, Kanye West, Keeping Up With The Kardashians, Kim Kardashian, Reality TV, Taylor Swift, TV
Kim Kardashian reveals that Taylor Swift's fighting against Kanye West over his song "Famous" was fake. Kim talks about her feud on KUWTK and in a GQ interview.