InTouch reported that Kourtney’s “mysterious” Instagram post started fans thinking that she had reunited with Disick, the father of her other children.

Kourtney Kardashian Tweeted that she’s been having “deep talks” with her sister, Khloe Kardashian.

Deep talks with @khloekardashian always do me good ❤️

2. Kourtney Is Only Four Weeks Pregnant, the Magazine Says

A very early term pregnancy would explain why the star was still looking svelte in recent photos on Instagram. InTouch says Kourtney is only a month into her pregnancy before another site denied the account. Just four days before reports started circling about the possible pregnancy, Kourtney Kardashian posted these photos:

However, she later turned up on the beach in Miami wearing a black one-piece swimming suit, fueling speculation more because she is often seen in a bikini.

3. A News Site Reports That the Tabloid Speculation is False

Time will tell of course, but it wouldn’t be the first time a tabloid falsely reported that a celebrity was pregnant (see: case study, multiple tabloid covers of Jennifer Aniston).

GossipCop says it reached Kourtney Kardashian’s rep, who firmly denied the tale. The site says that Scott Disick didn’t want to have a third child with Kourtney, much less a fourth. Extra TV cites the GossipCop story in declaring its reporting of the Kourtney fourth pregnancy account a “rumor bust.” Reports GossipCop:

A rep for Kardashian exclusively tells us the pregnancy claim is ‘not true.’

Scott Disick hasn’t been posting anything about babies. Instead, he posted this photo to Instagram and entitled it “relationship goals”:

4. Kourtney Kardashian Wants All Her Children to Have the Same Father, Reports Say

Metro says the reason for the hook up is that Kourtney wanted to have a fourth child, but she wanted to make sure all of her children had the same father, which would be Disick. 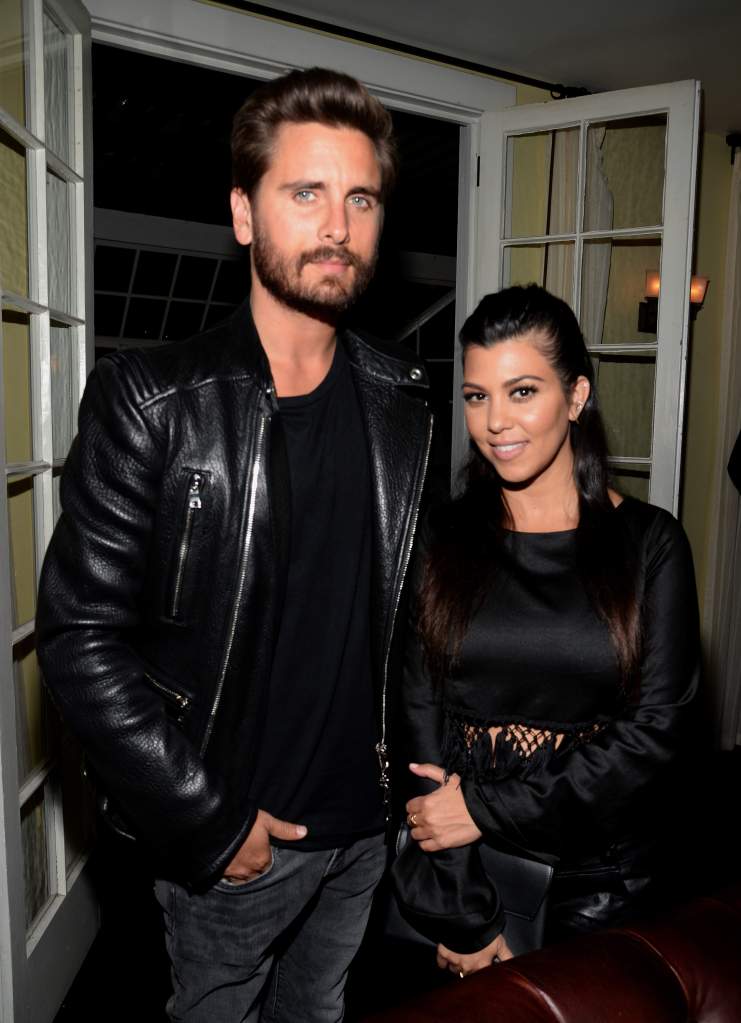 Kourtney Kardashian and Scott Disick in an earlier photo. (Getty)

WetPaint says she’s worth $20 million. Kim Kardashian is the wealthiest sister in the family, with a worth of at least $40 million, WetPaint says. Earn the Necklace puts Kourtney’s net worth at $25 million, and says Disick’s net worth is $16 million.

5. Since Breaking up With Disick, Kourtney Was Linked to Justin Bieber

Kourtney Kardashian — Suns Out, Buns Out In Miami (PHOTO GALLERY) https://t.co/aPOmjYcQ8e via @TMZ

This tie has started people speculating. If Kourtney is pregnant, who’s the dad for sure? In April 2016, People Magazine reported that Kourtney and Justin Bieber had been hooking up on and off for months.

There is quite an age difference; Bieber is 22, and Kourtney is 36. People Magazine said Bieber likes it that Kourtney is older and “hot.” However, Disick also vacationed with the family in Colorado this spring, the magazine said.

Justin Bieber And a Kardashian are popping babies?! https://t.co/sMragPJXUd