Lisa Vanderpump announces she is returning to the Real Housewives of Beverly Hills.

Season 6 of The Real Housewives of Beverly Hills on Bravo was odd to say the least, and Lisa Vanderpump was in the middle of all the drama. Which is weird, since she is usually the one stirring the pot.

However, after much deliberation, Vanderpump has decided to return to the Bravo series. She tweeted the announcement to her 1.16 million fans.

Yep,never thought I would return,but after many discussions.The pump is still in the game ??
Thank you to all of you.#rhobh

Last season, Vanderpump went head to head with castmate Lisa Rinna over whether or not Vanderpump participated in the conversation about Yolanda Hadid having Munchausen by proxy syndrome. Then, castmate Eileen Davidson jumped down Vanderpump’s throat after Vanderpump questioned how her relationship with her husband began.

A source told E! the Brit felt “drained from all the negativity from last season.”

So, it’s unsurprising that she not want to return to the show. According to Us Weekly, the SUR restaurant owner almost quit the series, but was eventually persuaded by her husband, Ken, who “convinced her to do this season,” an insider told Us Weekly. “She needed some arm pulling.” The seven figure paycheck for appearing in the new season probably helped sway her, as well.

Vanderpump joined the cast in 2010, and is the star of its spin-off Vanderpump Rules. 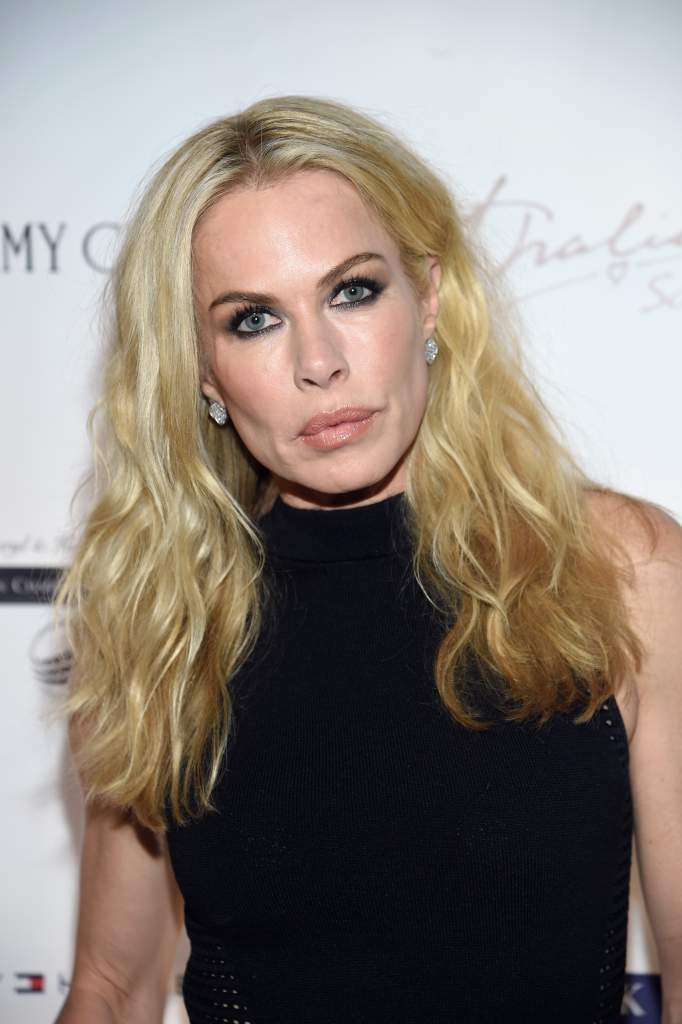 Kathryn Edwards is leaving the Real Housewives of Beverly Hills on Bravo. (Getty)

While Vanderpump isn’t exiting, others are. Last month, Yolander Hadid (formerly Yolanda Foster) announced that she wouldn’t be returning after battling Lyme Disease and divorce on season six, and reports that Kathryn Edwards had been fired from the start started circling in June. Us Weekly claims that she was fired.

However, People Magazine just confirmed that she is definitely not returning. In their exclusive interview with Edwards, who is married to retired NFL star Donnie Edwards, said, “I feel great…I walk away from it all with great feelings. I have no regrets at all.”

It was definitely an adventure for me. I really am kind of a private person…It really just comes down to the time and what I value the most. I value those times with my husband and our friends. And I really didn’t want to miss another year. It’s nice to be able to live life.

Who will be replacing Hadid and Edwards? Us Weekly reported that producers are considering adding Sydney Holland—a movie producer and the ex-girlfriend of Viacom mogul Sumner Redstone—for season 7.