Marina Joyce, 19, is a popular British YouTuber who has been vlogging on the site since 2012. In June and July 2016, fans thought they noticed a change in her behavior and concerns about her safety have only grown since Tuesday.

The hashtag #SaveMarinaJoyce, along with #SaveMariaJoyce, was trending worldwide as many shared theories of what they think happened to her. Many suggest that she was kidnapped and has been following orders in her videos from someone on the other side of the camera. Even pleas from herself, her mother, friends and police that she is fine have done nothing to squash the theories.

In the two months since the #SaveMarinaJoyce incident, Joyce has continued to make videos, many of which continue to reach past 1 million views. The infamous “Date Outfit Ideas” post has passed 36 million views.

Here’s a look at Joyce’s career on the web and why fans were concerned.

Since 2012, Joyce has build a remarkable following. Her verified YouTube channel now has over 1.4 million subscribers, following the #SaveMarinaJOyce hashtag. Her Twitter page is almost at 370,000 followers. On Instagram, she has 358,000 followers.

Joyce began her YouTube career innocently enough, posting a 90-second video from her bathroom. In July 2012. Over the years, fans have seen her grow up as she gives advice on dating, make-up and fashion. She soon started partnering with companies. Her latest video, the one that really kicked off #SaveMarinaJoyce, was an ad about dresses to wear on dates from StyleWe.

2. The July 22 Video Wasn’t the First Time Fans Were Worried About Her

Some fans started noticing a change in Joyce much earlier than this week. Two weeks ago, a fan named Aimee Disney asked Joyce if she was OK on YouTube, according to a screenshot on Twitter. Joyce first replied “Yes.” However, a week later, she wrote, “No.”

A blog post on JustPate.it also lists signs from other videos posted before July 22. The post notes that a July 8 video shows a shotgun in the back of Joyce’s room. There’s also shots of her looking away from the camera when she hears a car and begins talking faster. The end of that video also includes an outro from a previous video.

In another video on July 15, she is heard repeating herself as she tells her fans that nothing has changed about her.

The July 22 video, seen below, had a number of perceived red flags. One of the most noteworthy pieces of evidence comes 13 seconds in, when a voice can be heard whispering “Help me.” Later in the video, it appears that she has bruises on her arm. 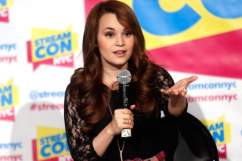 3. She Asked Fans to Meet Her on Wednesday Morning, but Fans Thought it Might be an ISIS Trap

One idea Joyce had to prove that she was OK was to hold an in-person meeting at Bethnal Green at 6:30 a.m. on Wednesday. However, some on Twitter insisted that no one go to the meeting because it might be a trap set by ISIS. The fear was that it would be similar to the mall shooting in Munich, although it later turned out that the shooter in that incident was not radicalized by ISIS.

Nevertheless, concerns for Joyce’s safety caught the attention of Enfield Borough Police, who tweeted that they checked in on Joyce. “She is safe and well,” the tweet reads.

Joyce did not show up at the meeting and later said she would meet fans on Saturday at the same location.

Hey guys because of recent events, not doing the meet up Wednesday ~ but I'm going to the meet on the 6th Saturday instead so meet me there! 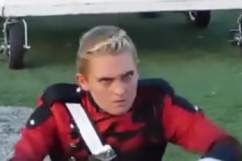 Twitter user Karim Abridged posted a screenshot on Twitter with Joyce’s mother, Cheryl, who said that Joyce is “absolutely fine.” Cheryl said it was her who said something in the July 22 video that should have been edited out.

In an interview with the Daily Mail, Cheryl said that she is not in an abusive relationship and the gun seen in her room is a BB gun.

“She’s only young, I’m a good mum and I look after her very well. Marina takes things in her stride and she’s fine,” Cheryl told the Daily Mail.

Joyce’s friends have also taken to social media to insist that she is fine. Alisha Weston, who appears in the July 22 video, posted a statement on Facebook.

Joyce herself has insisted that she’s fine, although fans still believe that she’s not controlling her social media presence. She even did live videos Wednesday morning.

“People really care about me and it went crazy and blew up. People out there are really kind. I care about my YouTube channel and after this I have got lots more viewers which is really good,” Joyce told The Sun. “But I am really OK. There are no ISIS terrorists here.”

UPDATE: Joyce did an interview with Philip DeFranco, a YouTuber with 4 million subscribers, on July 27. She says that she is doing well and explained each point of the theories. She said her bruises came from a trip to the woods recently. She blamed the change in behavior on becoming a Christian and has a “spiritual quest” in her life. She went on to admit to making mistakes on YouTube and not being open with her audience. Joyce promised that she was not on drugs.

DeFranco also filmed an entire video about the situation before his interview with Joyce. 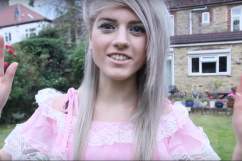 5. Joyce Talked About Being Sexually Assaulted by Sam Pepper in 2013

Joyce has been very open about her life on YouTube, which is why so many people are worried about her. In October 2014, she posted an emotional video, revealing that she was sexually assaulted by fellow YouTuber Sam Pepper the year before. The video was posted after a woman came forward to Buzzfeed, claiming that she was raped by Pepper.

As for Pepper, he took to Twitter this week to say that people who know Joyce know she has a drug problem. He suggested that the theories are only hurting her.

Anyone who knows Marina Joyce personally knows she has a serious drug addiction. she needs help, but in the form of rehab #savemarinajoyce

drugs doesn't make it any less worse than the other "theories" she still needs help, it's not nice to see anyone suffer. 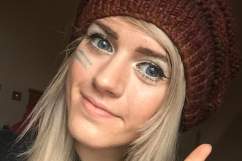 #SaveMarinaJoyce: The Tweets & Memes You Need to See