Marsha Callahan, 73, and Kellie Boyle, 54, are two of six women to come forward with allegations of sexual assault against Fox News CEO Roger Ailes. The women came forward after former Fox News anchor Gretchen Carlson filed a lawsuit against Ailes, claiming that she was fired after refusing his sexual advances. Ailes has denied the claim and called the lawsuit defamatory. Ailes’ outside attorney, Barry Asen, also said that the claims made were false.

On July 19, sources for Deadline said that Ailes was fired. However, a Fox News spokesperson told The Hollywood Reporter that Ailes is “at work.”

On September 6, Vanity Fair reported that Fox News reached a $20 million settlement with Carlson on Ailes’ behalf. The magazine reports that Ailes will issue an apology and the company reached settlements with two other women. However, the identities of the two other women were not reported.

This is not the first time Ailes, 76, has faced allegations of sexual harassment. Here’s what you need to know about Callahan and Boyle’s allegations and others Ailes has faced.

1. Callahan Says She Was Harassed While Ailes was Still at ‘The Mike Douglas Show’

Callahan told her story to New York Magazine writer Gabriel Sherman, the same writer who penned The Loudest Voice In The Room, an unauthorized biography of Ailes. Callahan was a model in the late 1960s, when she claims Ailes told her that he could get a spot for her on The Mike Douglas Show if she had sex with him.

She recalled how Ailes asked her to go to the audition wearing a garter belt and stockings instead of pantyhose. “If your legs look good in a garter belt, I’ll know you have great legs,” Callahan claims Ailes told her. When she arrived, the first thing he did was tell her to lift her skirt, Callahan claims.

She told Sherman that she remembered “very clearly” that Ailes asked her to go to bed with him in order to get on the show. “Oh yeah, you and who else?” she asked him.

And he said, ‘Only me and a few of my select friends.’ I said, ‘Well, if you think I have star quality and you can make money off my looks, I don’t think it’d matter if I went to bed with you or not.’ And he said, ‘Oh, pretty girls like you are a dime a dozen.’ The interview ended quickly.

Callahan said she was asked to come on the show, but when she saw Ailes at the studio, he “pretended not to know who I was.”

Ailes got his start in the television business as a producer on The Mike Douglas Show. As Rolling Stone notes, it was at the show that Ailes met Richard Nixon, who called television a “gimmick.” “Television is not a gimmick. And if you think it is, you’ll lose again,” Ailes responded. Nixon made Ailes his Executive Producer for television and Nixon won the White House in 1968.

2. Two Other Women Claimed They Were Harassed While Ailes Was Working for Mike Douglas 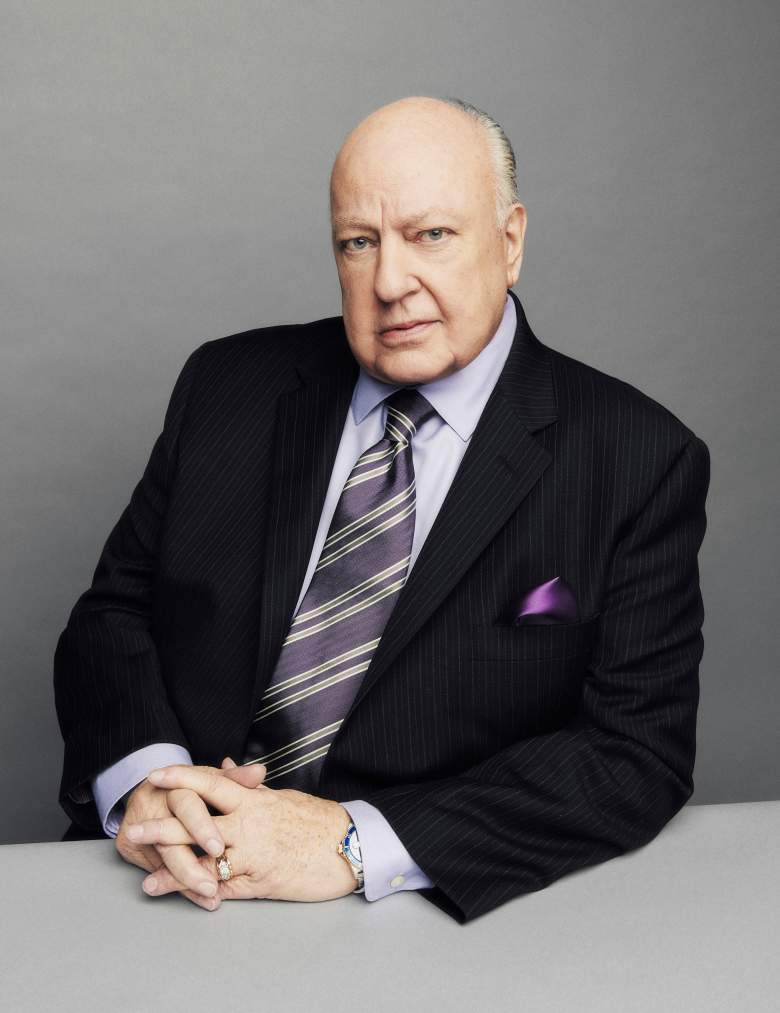 Two of the other women who came forward to Sherman also claimed that Ailes sexually harassed them while Ailes was at The Mike Douglas Show. These other women asked Sherman to use aliases.

Susan, 66, was 16 years old when she was asked to be on The Mike Douglas Show in 1967. She claims that, when Ailes took her into his office, he pulled his pants down to show her his genitals and asked her to kiss them. The door was locked and she could not get out. Susan told Sherman:

He chased me around the office and at some point it dawned on him that this just wasn’t going to happen. He finally pulled up his trousers. He was very angry and rushed over to his desk, pulled open a door and had a reel-to-reel tape recorder going. He said to me, ‘Don’t tell anybody about this. I’ve got it all on tape.’ I think he knew I was sixteen.

Diane, 69, also said she was working as a model when she was called to The Mike Douglas Show in 1965 or 1966 to audition for Ailes. When she came in to his room, he forced her to kiss him, Diane claims. She tried to refuse him and was told that “no girls get a job here unless they’re cooperative,” she claims. She did not get the job. Diane told Sherman:

I just pushed him away and ran out of there. He was like, whatever. So, no job for me. He did hire several of the girls from the group, but I don’t know what they had to do to get the job.

3. Boyle Claims She Was Harassed by Ailes in 1989 & Was Married at the Time 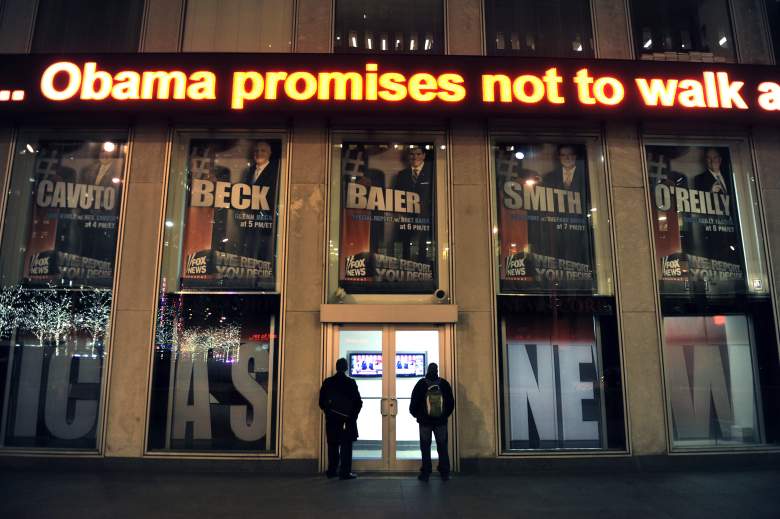 Boyle is a former Republican National Committee field adviser and claims her incident with Ailes took place in 1989 when she was 29. In 1989, Ailes was coming off a successful presidential election, having helped George H.W. Bush beat Michael Duakis.

Boyle’s husband was working at CNBC and he offered to introduce her to Ailes. She said she idolized him and had read his book You Are The Message.

She told Sherman that when she met him the first time, he invited to meet him in Washington D.C., where she was going to sign a contract with the National Republican Congressional Committee.

The next day, the person Boyle was supposed to meet didn’t make the meeting. Ailes called her when she got home and offered to have sex with her again. She declined, saying that she was married. Ailes told her he would keep in touch, but she never heard from him again. She later called a friend in the RNC and asked about the meeting. He said, “Word went out you weren’t to be hired,” Boyle claims. 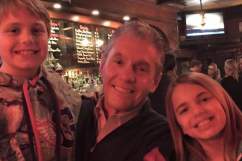 4. Randi Harrison Claimed in ‘The Loudest Voice in the Room’ That Ailes Assaulted Her 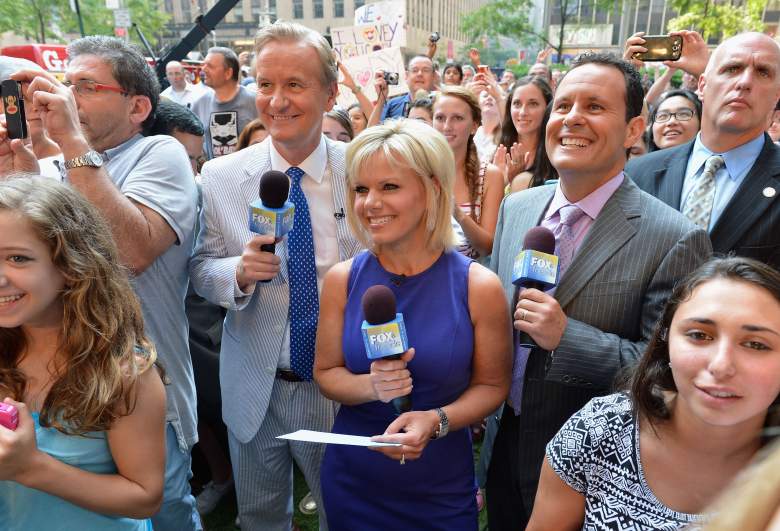 The Loudest Voice in the Room was published in 2014 and included other claims from former Ailes employees of sexual assault. According to The New York Times, one of these claims was from Randi Harrison, who said in the book that she was negotiating her salary with Ailes when he was at NBC. Harrison claims she was told that she would get an extra $100 per week “if you agree to have sex with me whenever I want.”

Before the book was released, a Fox News spokeswoman told the New York Times that these allegations were false.

“These charges are false,” the spokeswoman said. “While we have not read the book, the only reality here is that Gabe was not provided any direct access to Roger Ailes and the book was never fact-checked with Fox News.”

Carlson filed her sexual harassment lawsuit on July 6. In the lawsuit, she alleges that Ailes “sabotaged” her career because she refused Ailes’ sexual advances and spoke up about “severe and pervasive sexual harassment” at Fox News. She also accused her former Fox & Friends co-host Steve Doocy of creating a “hostile work environment by regularly treating her in a sexist and condescending way.”

In a response, Fox News said that Carlson was not fired, as the network decided not to extend her contract because of poor ratings. The statement reads:

When Fox News did not commence any negotiations to renew her contract, Ms. Carlson became aware that her career with the network was likely over and conveniently began to pursue a lawsuit. Ironically, FOX News provided her with more on-air opportunities over her 11 year tenure than any other employer in the industry, for which she thanked me in her recent book. This defamatory lawsuit is not only offensive, it is wholly without merit and will be defended vigorously.

Carlson’s attorneys quickly responded, claiming that her total viewership was up 33 percent over the year. “Regarding Ailes’ claims that Gretchen’s allegations are false, we challenge him to deny, under oath, that he made the statements attributed to him in the Complaint,” her attorneys said.

Ailes’ outside counsel, Barry Asen, has issued the following statement on the claims made on Saturday, linking the claims with Carlson’s lawsuit.

It has become obvious that Ms. Carlson and her lawyer are desperately attempting to litigate this in the press because they have no legal case to argue. The latest allegations, all 30 to 50 years old, are false.

“Yesterday in a statement to the press (“litigating in the press”), an Ailes spokesperson challenged Gretchen’s lawyers to come forward with other victims of Ailes’ sexual harassment to speak on the record.

“Today, six brave women voluntarily spoke out to New York Magazine detailing their traumatic sexual harassment by Ailes. We are hearing from others.

“Then, Barry Asen, Ailes’ lawyer, accused Gretchen of “litigating in the press” and, without any investigation, within 3 hours, claimed that the allegations are false. How does he know that?

“Women have the right to speak out — whether Ailes likes it or not — even about trauma they endured years ago and that haunts them to this day. Calling these women liars because they chose to speak out is despicable. Bullying and threats will not silence these brave women.” 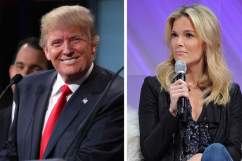