Miss Cleo, the famous television psychic who told the future to callers during the 1990s and early 2000s, died on Tuesday. Her representative told TMZ she was hospitalized recently and was living in a hospice center at the time of her death in Palm Beach County, Florida. Miss Cleo, whose real name was Youree Dell Harris, was 53.

She had been battling colon cancer, which spread to her lungs and liver, TMZ reports.

Here’s a look at Harris’ life and career:

1. Miss Cleo Billed Herself as Jamaican, but She Was Really From Los Angeles

Harris worked for the Psychic Readers Network, beginning in 1997 and claimed to be a Jamaican shaman in her famous infomercials. She was known for her catchphrase, “call me now!” However, it turned out she was really from Los Angeles and the Jamaican accent was fake.

Before she became famous for infomercials, she was living in Seattle, where she tried to be a playwright and actor. According to the Seattle Post-Intelligencer, Harris appeared in three plays at the Langston Hughes Cultural Arts Center. In one called For Women Only, which she wrote, she played a character named Cleo. When she left Seattle in 1997, she told actors and crew from her shows that she had bone cancer and couldn’t afford to pay them. 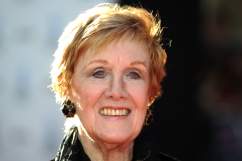 2. Her Psychic Hotline Operators Had to Pay a $5 Million Fine After Charging $1 Billion

According to Buzzfeed, some customers were charged as much as $60 per call. USA Today reported in 2002 that the service charged people a combined $1 billion, half of which they kept, in just three years.

When customers called the hotline in Harris’ infomercials, they were not told that they would have to pay for a psychic reading, according to the complaint. The complaint also said that the companies would call customers back and never told consumers how to stop the calls.

Psychic Readers Network and Access Recourse Services also had to settle a civil suit in Florida and charges in eight other states. 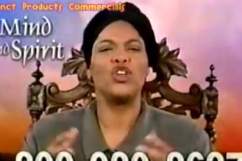 Miss Cleo’ Cause of Death: How Did the TV Psychic Die?

When General Mills brought back French Toast Crunch in 2014, they thought it would bee a cool idea to use Harris as Miss Cleo in a commercial. But the Psychic Readers Network was not happy with that at all and sued General Mills in federal court for violating copyrights and trademarks, The Sun-Sentinel reports.

The lawsuit claimed that General Mills was creating commercials that looked very similar to the ones that made Miss Cleo famous. After the lawsuit was filed, the ads disappeared from YouTube.

“Miss Cleo does have quite the folk hero cast to her, and it was an interesting choice by General Mills to bring her back to promote cereal. But it shows their disregard for the intellectual property rights of others,” Psychic Readers lawyer Joel Dichter told the Sun-Sentinel. 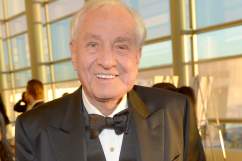 In 2006, Harris gave an interview to The Advocate, in which she revealed that she is a lesbian. She said she was inspired by her godson.

In her interview, she said coming out was a relief. She explained that her late parents knew. She was also married to a man when she was 19. She and her husband split when she was 21. After that, she had two long-term relationships with women, she said.

In that same Advocate interview, Harris said she really did have Jamaican roots. 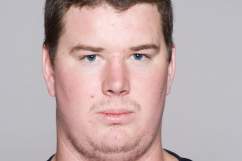 5. She Voiced a ‘Grand Theft Auto’ Character & Was the Face of Benefit Cosmetics Flawless Friends Network

In 2014, she appeared in a documentary called Hotline, which was about telephone hotlines. That year, she did an interview with Vice, saying that she is still recognized on the street. She also said that she still had clients from all around the world.

“I live in a little town, and everybody there knows who I am. But I’m just another neighbor. But there are places where I go and people are like, ‘Yo! Miss Cleo!’ and I try to run,” she said. “I’ve had people come up to me — there’s a big controversy about ‘Miss Cleo is not Jamaican,” right?'” 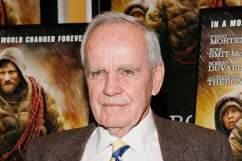 Is Cormac McCarthy Dead? No