From July 23 to July 24, 2016, InsideOTH hosted their annual fan convention in Wilmington, North Carolina for the CW show, One Tree Hill. The convention serves as a reunion for stars of the show, and the actors gather from all ends of the earth to entertain longtime fans during things like meet-and-greet sessions and one-hour trolley rides that allowed fans to "relive some of the show's most unforgettable scenes," says E! Actors who attended this year's festivities included Chad Michael Murray, Hilarie Burton, Shantel VanSanten, Robert Buckley, Bethany Joy Lenz, Antwon Tanner, Barbara Alyn Woods, Paul Johansson, and Sharon Lawrence. One fan favorite, Sophia Bush, was not in attendance.

Highlights of this past weekend included the cast recreating Gavin DeGraw's theme song with a performance of "I Don't Want to Be" and Shantel VanSanten singing the toaster pastry song during a panel.

The group has reunions and fan conventions all over the world. Check out our gallery for the best pictures from the convention. (Instagram) 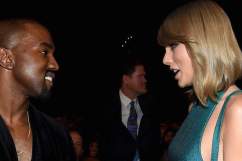