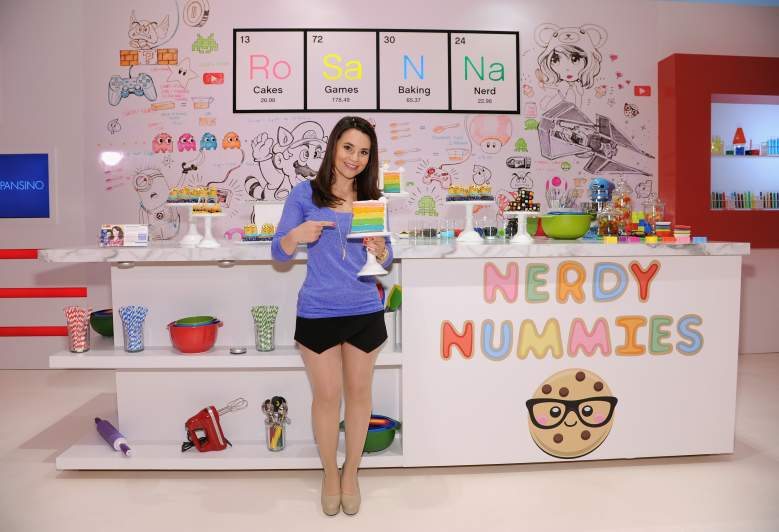 As live television becomes an increasingly insignificant part of young people’s lives, many of them are turning to YouTube for their entertainment, and online video stars like Rosanna Pansino have created mini-production studios worth millions of dollars out of their homes.

Pansino has about 6.5 million subscribers on her YouTube channel, on which she hosts the weekly series Nerdy Nummies. This online cooking show is devoted entirely to making treats related to pop-culture properties like Game of Thrones, Frozen, Captain America, Indiana Jones, Super Mario Bros, and much more.

31-year-old Rosanna Pansino, who goes by Ro, was originally born in Seattle, Washington and now resides in California. In 2007, she graduated from Pacific Lutheran University. She is 4′ 10″, a fact which she says helped her land some acting roles when she was a teenager getting into the arts. Pansino’s videos usually amass at least 1 million views within a few days of being uploaded, but they continue to rack up hits years after the fact; her most popular video currently has 125 million views, and according to Social Blade, over the past 30 days she has brought in a total of 55 million views.

Here’s everything you need to know about YouTuber Rosanna Pansino. 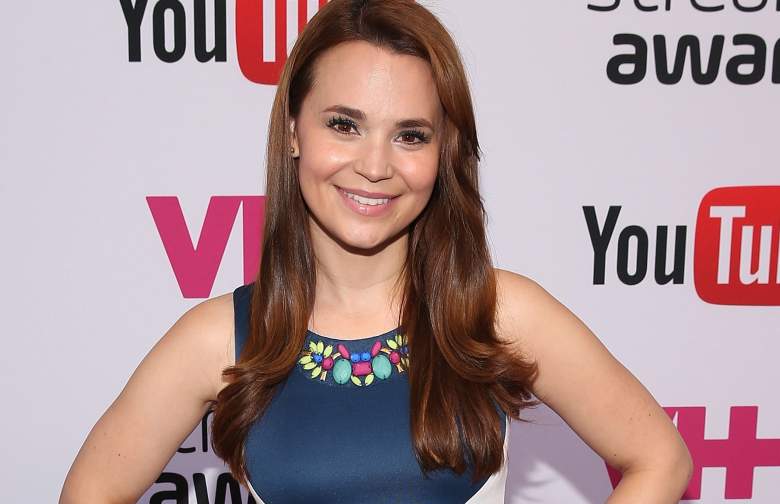 Rosanna Pansino is among the top-earning celebrities on YouTube, as according to Forbes, she makes about $2.5 million per year. For comparison, PewDiePie makes $12 million, Lindsey Stirling makes $6 million, and Michelle Phan makes $3 million.

The majority of Pansino’s income from YouTube comes from advertisements, which vary from those that run before the video starts to those incorporated into the content itself; Pansino occasionally discusses literature in segments sponsored by Audible. But Pansino also earns some money from her endeavors outside of YouTube.

For example, last year she wrote a cookbook based on her YouTube show called The Nerdy Nummies Cookbook: Sweet Treats for the Geek in All of Us. The book, which features over 420 color photos, sold quite well, debuting at #5 on The New York Times’ bestsellers list under the Advice, How-To & Miscellaneous section. It was very much a homemade project, as she says all of the photos in the book were taken in her living room.

“I wanted to create a really fun, colorful, easy-to-use cookbook that would spark creativity and encourage people to have fun with food,” Pansino said. “I have a hard time following some cookbooks that don’t include enough how-to pictures, so I really focused on making The Nerdy Nummies Cookbook as accessible as possible.”

2. Her Family Is Involved in the Show

Although Pansino’s channel started with little more than herself and a camera, her family of four is now involved in its production. In fact, she describes the channel as a “small, family-run production company.” Particularly hands on is her younger sister, Molly, who helps film Nerdy Nummies episodes as her full-time job, according to Cosmopolitan.

Before joining her sister’s channel, Molly worked in financing for the aerospace industry, making use of her business degree. Rosanna joked in a Q&A video that her sister is definitely the smarter of the two of them. She also said she admires that Molly, who goes by Mo, is extremely brave and open-minded.

“She’s traveled the world, she’s seen a lot of other cultures, and she values education and family,” Rosanna said.

In fact, the first YouTube video Pansino ever made was with her sister, a simple blog showing them volunteering for Earth Day in Seattle. (It didn’t take long for Rosanna to find her grove, as in her second video, she made a cake based on Super Mario Bros.)

In addition, Pansino’s parents are involved in the Nerdy Nummies company, although not on the production side of things. Instead, they serve as Rosanna’s office managers. Pansino credits her father with instilling in her an ability to save money, which would later come in handy when she invested all of her life savings into the channel.

“My dad really instilled good money management habits, and I’ve saved 10 percent of my paycheck, every paycheck, since I was 15,” she said.

Pansino’s father has appeared on camera in the YouTube series, helping her bake Frozen cookies in a 2014 episode. Earlier this year on her parents’ wedding anniversary, Pansino described the two of them as an inspiration.

Outside of the practical roles her family plays in the company, Pansino says that they often provide ideas for new recipes and videos.

3. She Originally Wanted to Be an Actor 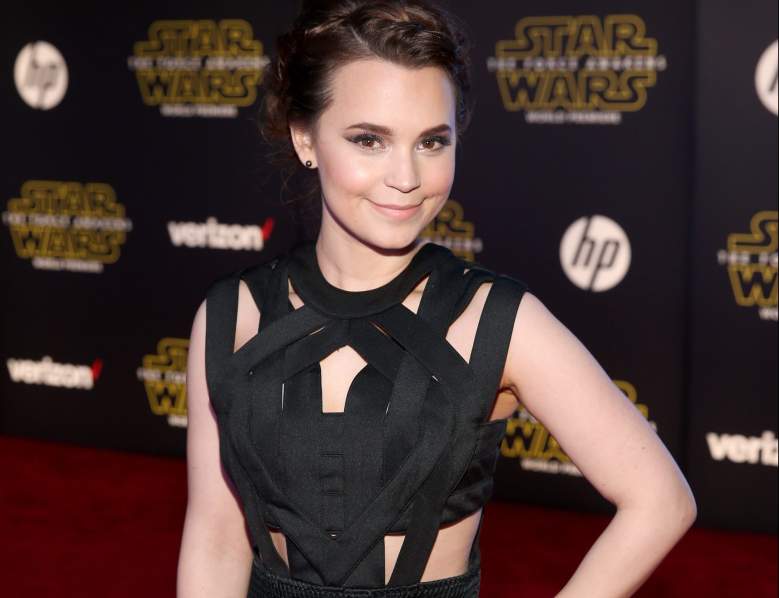 Rosanna Pansino attends the premiere of of “’Star Wars: The Force Awakens’” in Hollywood, California. (Getty)

Pansino didn’t always aim for a career as a YouTube star; instead, she was hoping to work in the entertainment industry. She was able to land a few gigs when she went to Hollywood, appearing in small roles on shows like Parks and Recreation, Glee and CSI. But she was struggling to find anything of much significance, thirsting for a project that allowed her to be creative.

“I just realized that the market there is over-saturated,” Pansino said. “It’s really, really competitive. I think it’s way more competitive today than it was 10 years ago.”

While she was continuing to hunt for Hollywood jobs, Pansino was working on her YouTube account as a hobby. Her manager, Mike Lamond, who is a full-time YouTuber himself, had encouraged her to start a YouTube channel as a way of practicing entertaining people in front of a camera, and she loved that experience. But one day, her agent said that she had to decide between YouTube and acting.

At this point, Pansino wasn’t earning any money from YouTube at all, making the decision laid out by her manager a tough one, but she ultimately decided YouTube was the path for her. After being dropped by her manager, she spent a full year working on her channel before she made any money from it, all the while living off her savings in a small apartment with six roommates.

Pansino added that many of her friends in Los Angeles thought she was completely insane for opting to focus on a non-paying YouTube career instead of one as an actor, but clearly it ended up paying off big time.

My dog Cookie wishes everyone a Happy #NationalPuppyDay! ?? May the force be with you! pic.twitter.com/kVATrJ6HfC

Rosanna describes herself as a huge animal lover, and in early 2015, after she had moved into her own place with a nice backyard, she adopted a dog named Cookie.

“Owning a dog is a lot of work and I made the decision to wait until it was the right time, so I could give a dog the attention and love they deserve,” she said.

This wasn’t her first experience with animals, though, as she noted she used to babysit dogs when she was growing up. Since taking in Cookie, Pansino has produced several dog-related videos, including one showing viewers how to make their own dog treats (although you may end up just wanting to eat them yourself). 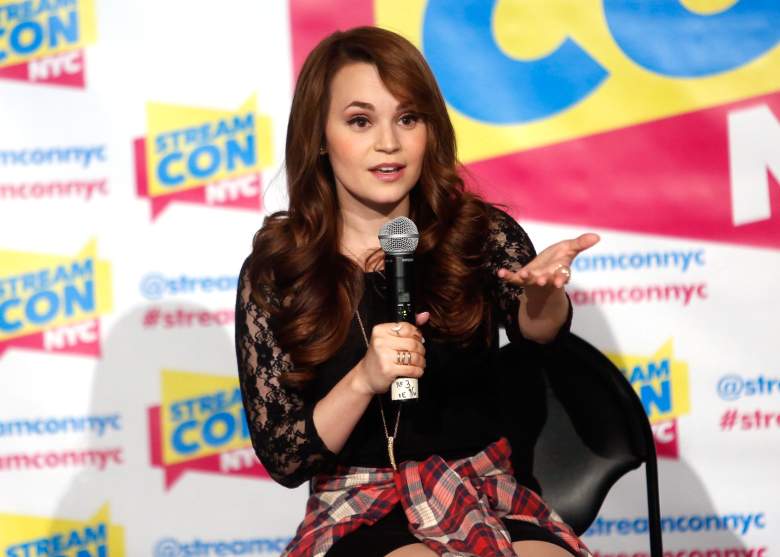 You might think of making YouTube videos as an easy gig, but while Pansino loves what she does, that’s not to say she doesn’t put a lot of work into it. She says she works on her channel every single day, clocking in about 100 hours of work per week.

She gets up at 6 a.m. every morning, and several days of the week are spent just preparing to shoot one episode. The filming itself lasts only about three hours, but much more prep-work goes into that than the average person thinks. Pansino says that coming up with an idea and gathering all the supplies takes about a full day; she then has to spend a significant amount of time baking different versions of the food off camera so that she’s completely ready to go when filming begins later in the week.

“From preparation, prep-baking and test-baking, that’s like four days,” she said. “And then the actual filming’s only one day. I didn’t know that…when I’d watch Martha Stewart or Rachel Ray, I didn’t realize all the prep work that goes into it. It’s actually a lot of work.”

Pansino believes that one of the keys to her success is consistency; she has produced a video every single Tuesday since she started her series, never missing a week or taking a hiatus. Viewers feel that they can rely on Pansino to deliver content, and so they will be inclined to check in each week and not to forget about the show.

It also helps that her content is always relevant, and so videos from years ago continue to rack up views to this day.