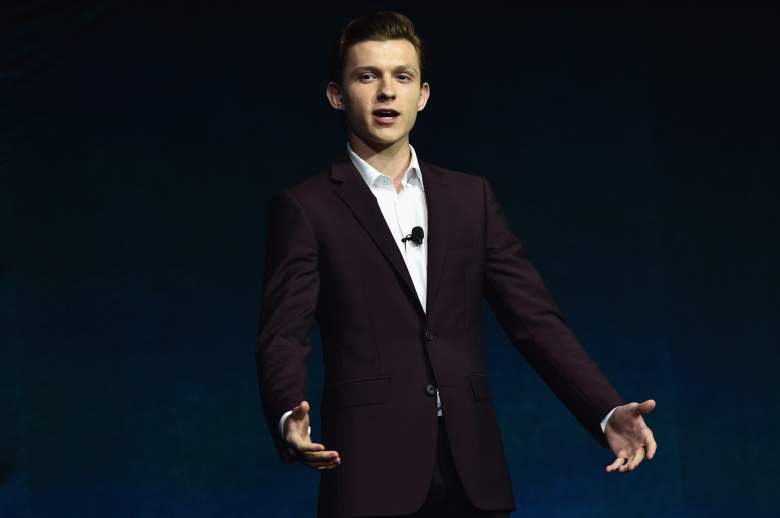 Before you ask if we needed another Spider-Man reboot from Sony, don’t forget that there is a big difference this time. Spider-Man: Homecoming is part of the Marvel Cinematic Universe, and Marvel Studios showed off a sizzle reel at San Diego Comic-Con International on Saturday. It hasn’t been posted on YouTube.

Marvel has said that the footage shown was exclusive for fans at the SDCC panel.

Homecoming was directed by Jon Watts, who helmed the Kevin Bacon indie Cop Car. He isn’t working on an origin story for Spidey, since there’s only so many times audiences can sit through Uncle Ben dying. As we saw in Captain America: Civil War, the new Spider-Man as played by Tom Holland is a much more sarcastic, funny high schooler who looks up to Tony Stark (Robert Downey Jr.) as sort of a father figure. He’s also being raised by his Aunt May, played by Marissa Tomei. She also had a cameo in Civil War.

Spider-Man: Homecoming from Hall H at San Diego Comic-Con 2016Marvel.com caught up with the director and cast of “Spider-Man: Homecoming,” hot off the major announcements that were made by Marvel Studios at the Hall H panel at San Diego Comic-Con 2016. Tom Holland, Jon Watts, Zendaya, Tony Revolori and more talk about the movie’s main focus and villains. ► Subscribe to Marvel: http://bit.ly/WeO3YJ Watch…2016-07-28T16:00:00.000Z

The plot of the film has been unknown up to this point, but it will focus on Peter’s high school life. Michael Keaton has been pegged to play the villain Vulture, who has never been used in any Spider-Man movie before. Other members of the cast include Zendaya, Martin Starr, Hannibal Burress, Tony Revolori and Donald Glover. Not too much was revealed, but we did learn that Vulture is definitely the villain.

Production on the film is only 10 days in, which explains why the footage couldn’t be considered a real trailer. The footage did include a shot of Vulture swooping in.

Ahh, we just watched such a great teaser for #SpiderManHomecoming that takes us through his day at school #sdcc pic.twitter.com/RJDZC6tjcY

The cast of Spider-Man: Homecoming pic.twitter.com/FGxouiVf8C

Seriously the Spider-Man footage looked so great. I love that he's in 10th grade. Such a great cast.

End of Spider-Man Homecoming footage they showed Vulture flying down towards the camera. Crowd erupted.