The first full trailer for Wonder Woman was released at San Diego Comic-Con International during Warner Bros’ two-hour event in Hall H on Saturday. This is the first look at the film, although brief clips were shown in Batman v Superman: Dawn of Justice bonus material on the Blu-ray. Footage was also shown in a special on The CW before Batman v Superman hit theaters. 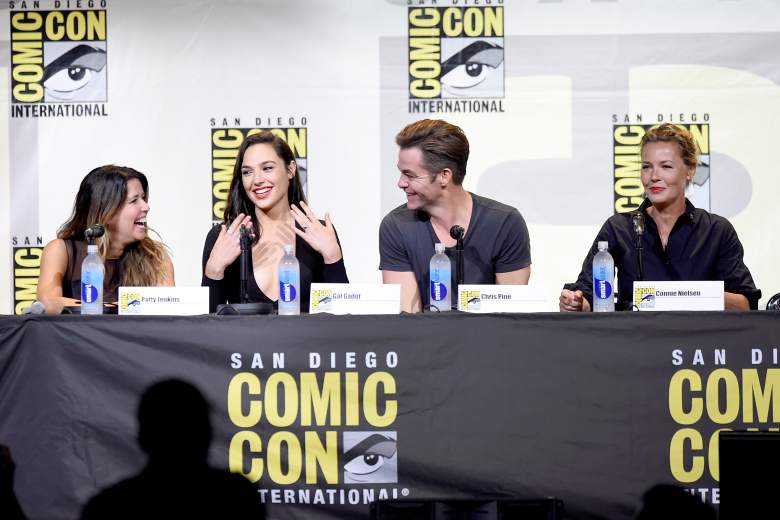 Although the character is celebrating her 75th birthday this year, Wonder Woman will be the Amazon princess’ first solo film. Gal Gadot debuted in the role in Batman v Superman, which also had to introduce other elements for future DC Comics films. The film will also star Chris Pine, who plays Steve Trevor, a fighter pilot who crashes on Themyscera, the home of the Amazons, during World War I.

The film was directed by Patty Jenkins, who is famous for directing Monster with Charlize Theron. Jenkins also directed the pilot for AMC’s The Killing and was first hired to direct Marvel’s Thor: The Dark World before being replaced over creative differences. Wonder Woman is the first comic book movie with a female protagonist since Elektra (2005).

The panel on the film, which you can watch below, included Gadot, Jenkins, Pine and Connie Nielsen.

Prior to the panel, the following teaser poster was released:

Wonder Woman hits theaters on June 2, 2017. Here’s a video with other clips from the movie.