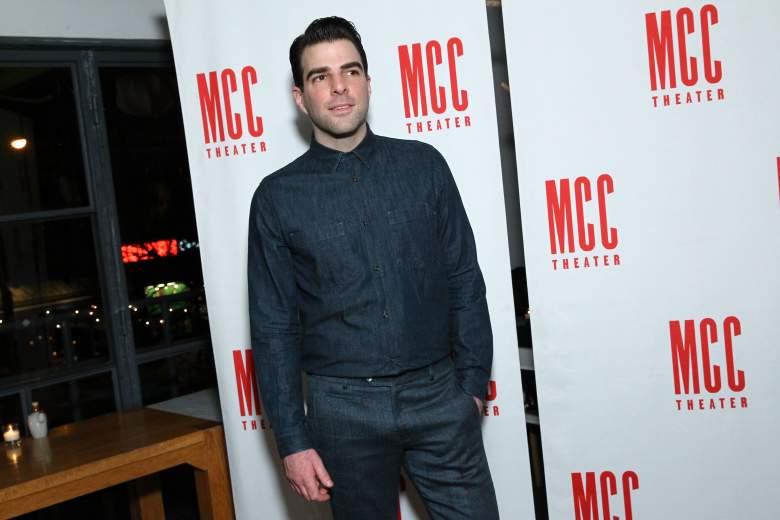 Zachary Quinto rose to fame in Heroes and is Spock in the new Star Trek movies. (Getty)

Zachary Quinto, 39, is a Pittsburgh-born actor who has impressed audiences around the world with his performance as Spock in the latest Star Trek movies. Playing the role is no easy task, especially after Leonard Nimoy made the character one of the most famous in science fiction.

However, Quinto is much more than just Spock. He has television credits going back to 2000 and first gained fame as Sylar in Heroes and as Adam Kaufman on 24‘s third season. He’s also a producer with his own production company, Before The Door Pictures.

Celebrity Net Worth estimates that Quinto has a net worth of $14 million.

Quinto is Spock for a third time in Star Trek Beyond, which opens on July 22.

Here’s a look at Quinto’s life and career.

1. He Really Wanted to Play Spock in the New ‘Star Trek’ Films 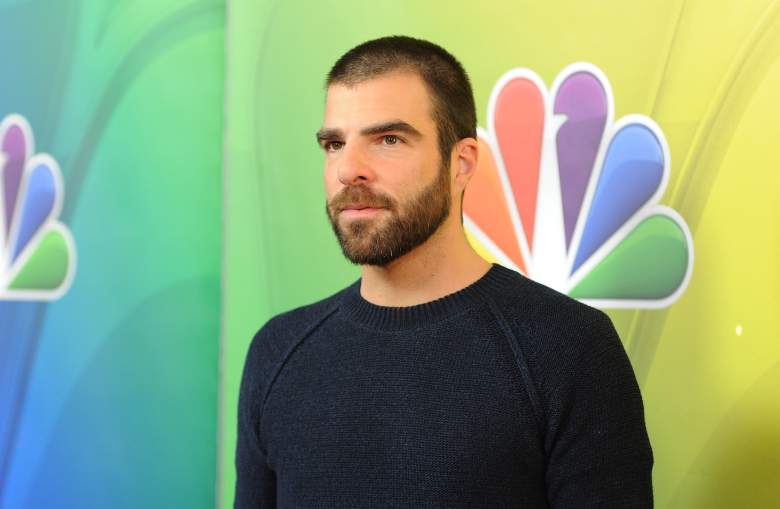 In 2015, Quinto starred in the NBC miniseries The Slap. (Getty)

As J.J. Abrams began work on the 2009 Star Trek reboot, Quinto made it well known in interviews that he really, really wanted to play the young Spock. In a 2006 interview with the Pittsburgh Post-Gazette, Quinto said he was disappointed he didn’t get to play Superman in Superman Returns, so he wouldn’t miss Star Trek.

I missed the Superman Returns boat… So I’m angling for Star Trek. People are constantly telling me I bear some resemblance to Leonard Nimoy.

When Quinto got the role, he was still working on Heroes, so a schedule had to be worked out. Everything went smoothly and by Comic-Con 2007, Paramount was ready to announce that Quinto would play Spock. In a 2007 ComingSoon.net interview, Quinto said he campaigned hard for the role. He explained:

I do think I campaigned for it. I definitely put it out there that I’d be interested for it. I think there was a progression that made sense to the people that are making the movie in terms of exposure and my experience of the show and the nature of the show and the sort of crossover fan base. I went in and put myself on tape for the casting directors back in April. Then I left the country a couple of days after that for a while to travel during the summer. Immediately when I got back, like two days later they had set up a meeting. J.J. had called to set up a meeting. 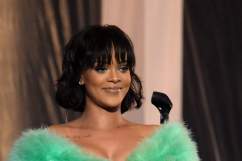 2. He Developed a Friendship With Leonard Nimoy

Quinto is only the second person ever to play an adult Spock on the big screen and he was open to taking advice from his predecessor, the late Leonard Nimoy. In that 2007 ComingSoon.net interview, Quinto said that he did meet with Nimoy before filming started on Star Trek and had “profound respect” for Nimoy’s work.

When Quinto was on The Late Show with Stephen Colbert a year after Nimoy’s death, it was clear that he still missed a man who became his mentor and friend.

“I’ve never met somebody who so fully embodied a sense of fulfillment in their life. I really haven’t,” Quinto said of Nimoy. “He was really such a tremendous artist and philanthropist and generous person, so intelligent. I really miss him all the time. I miss him so much at this point, obviously, marking the anniversary of his passing. But he was one of the greatest gifts my career has brought into my personal life for sure.”

Quinto added that he felt lucky to have known him.

Nimoy did appear in both Star Trek and Star Trek Into Darkness. Quinto also contributed to For The Love of Spock, a documentary about Nimoy directed by Nimoy’s son Adam. 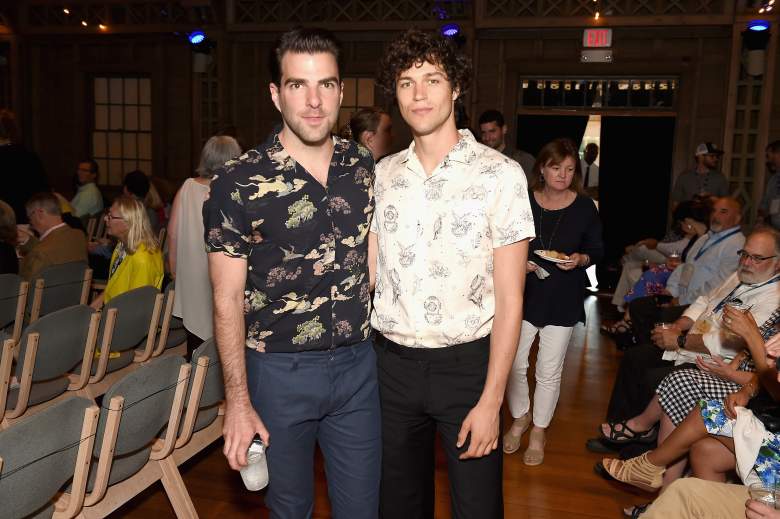 Quinto announced he is gay in a 2011 interview with New York Magazine. He had initially kept his sexuality private, but was inspired to come out of the closet after hearing the story of Jamey Rodemeyer, a Buffalo teen who was bullied. His decision also came after starring in a New York revival of Angels in America.

“…As a gay man I look at that and say there’s a hopelessness that surrounds it, but as a human being I look at it and say ‘Why? Where’s this disparity coming from, and why can’t we as a culture and society dig deeper to examine that?’ We’re terrified of facing ourselves,” Quinto told New York Magazine.

Quinto has been dating Miles McMillaan, an artist and model, for three years but they aren’t interested in marriage right now. “There is a lot of comfort and real connection with him,” the actor told MatchesFashion.com. “Miles and I talk about it, but we’re taking things one step at a time. I’m ambivalent about marriage.” In 2014, the two bought a Manhattan apartment for $3.2 million.

Quinto has also been an outspoken gay rights activist and supports The Trevor Project, a charity that helps vulnerable LGBTQ young adults. Before the Supreme Court ruled in support of legalizing gay marriage, Quinto told the Hollywood Reporter in 2013 that he would fight to see that happen.

“[Acceptance] might take longer, and it might not happen tomorrow, but it will happen,” Quinto said at the time. “Whether that means individually, state by state, or by a sweeping decision, that remains to be seen, but I’ll still do everything I can to fight for and support it and advocate it, and that’s all I can do.” 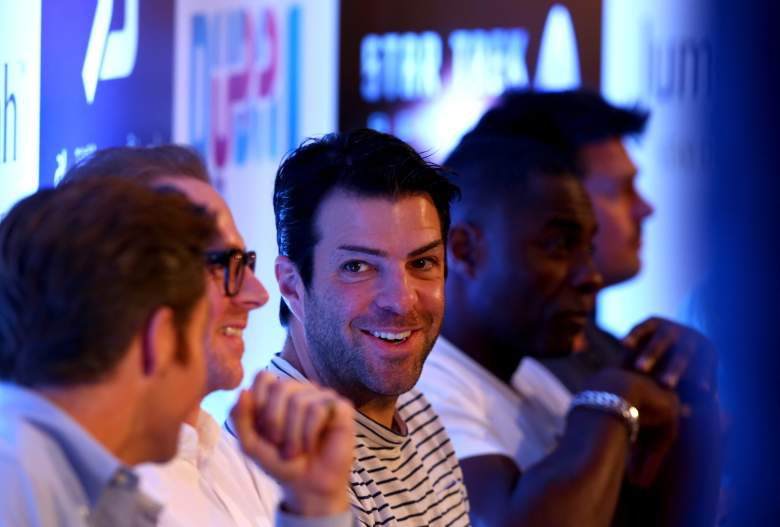 Zachary Quinto at the September 2015 Star Trek Beyond press conference in Dubai. (Getty)

Quinto is a Drama School graduate from Carnegie Mellon University in Pittsburgh. He joined forces with fellow alumni, actor Neal Dodson and producer Corey Moosa, to create Before The Door Pictures in 2009. They told the university that the name comes from a class exercise.

“We had all these props and there was a door set up in the classroom. On the other side of the door was an obstacle that you didn’t want to face but you had to,” Moosa said.

“We wanted a name that would tie us all together,” Dodson added. “Obviously, we all had Pittsburgh and CMU in common, and here we are together again, starting a new thing.”

The company is best known for producing the films of writer/director J.C. Chandor, beginning with his first, the Oscar-nominated Margin Call (2011). They also produced Chandor’s All Is Lost and A Most Violent Year. Other projects on the docket include You Were Never Here with Sam Shepard and Mireille Enos and Aardvark with Quinto and Jenny Slate.

Margin Call was the company’s first success and cost just $3 million to make. Quinto was heavily involved in the production. “But my assertion has always been that if you’re going to make a movie about the financial crisis, you should do it in a fiscally responsible way, so I’m glad our budget was low,” he told New York Magazine in 2011. 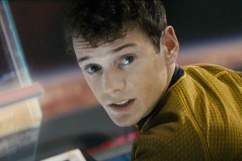 Anton Yelchin Movies: What Films Are Yet to Be Released? 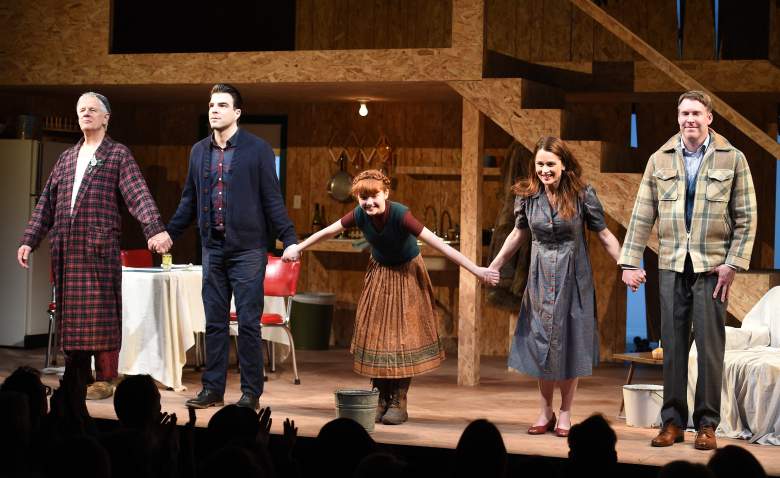 In between television and movie gigs, Quinto also tries to find time to perform on the stage. In fact, the first award he ever picked up was at the Gene Kelly Awards, which are handed out by the University of Pittsburgh and the Pittsburgh Civic Light Opera. In 1995, he won Best Supporting Actor for The Pirates of Penzance and was nominated for 1776 a year later.

Quinto has appeared in three New York stage productions, although two were Off-Broadway. He made his debut in a 2010 production of Angels in America and earned a Drama Desk Award nomination for Outstanding Featured Actor in a Play. In 2014, he was nominated for the Drama League Award for Distinguished Performance in the Broadway production of The Glass Menagerie. 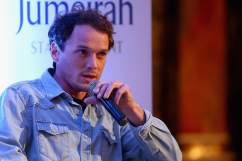