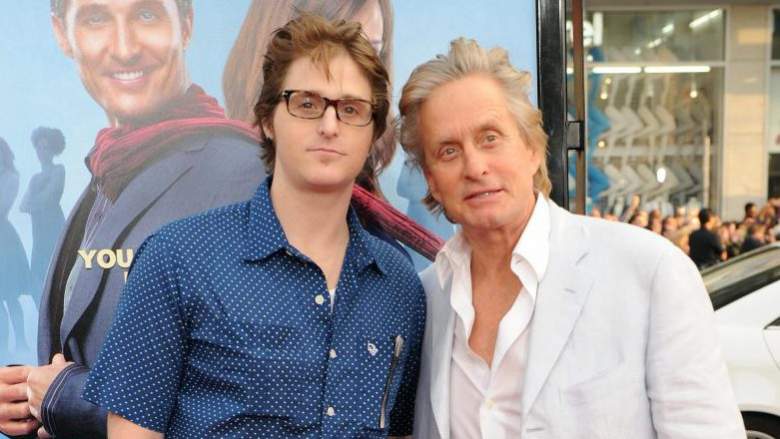 Cameron and his famous father, Michael Douglas, who has also suffered from addiction and went to rehab for alcoholism in the 90s. (Getty)

Cameron Morrell Douglas was born in 1978 and is the third generation of the legendary Douglas acting family. He’s a DJ and actor but most notably a drug addict.

In 2009, Cameron received a five year sentence “for large-scale narcotics distribution,” according to the Huffington Post.

In 2011, Cameron was given an additional four and a half years, which was the longest-ever sentence imposed for obtaining a small amount of drugs in prison for personal use.

He was supposed to be released in 2018 but was unexpectedly just released.

1. He Just Got Out of Prison

Everything you need to know about Cameron Douglas, who was just released from prison. (Getty)

Now 37, Cameron was sentenced to a five-year prison term for possession of heroin and selling methamphetamine in 2010. After he confessed to smuggling drugs into prison, Cameron’s sentence was extended and he spent two years in solitary confinement at Maryland’s Cumberland Federal Corrections Institute, according to People.

While he was scheduled for release in 2018, for some reason he was just released and is now living in a halfway house in New York.

Page Six reports that Cameron is currently living at the “GEO Care halfway house in The Bronx and working at a film production company in Manhattan, sources said.”

2. His Parents Are Michael Douglas and Diandra Douglas 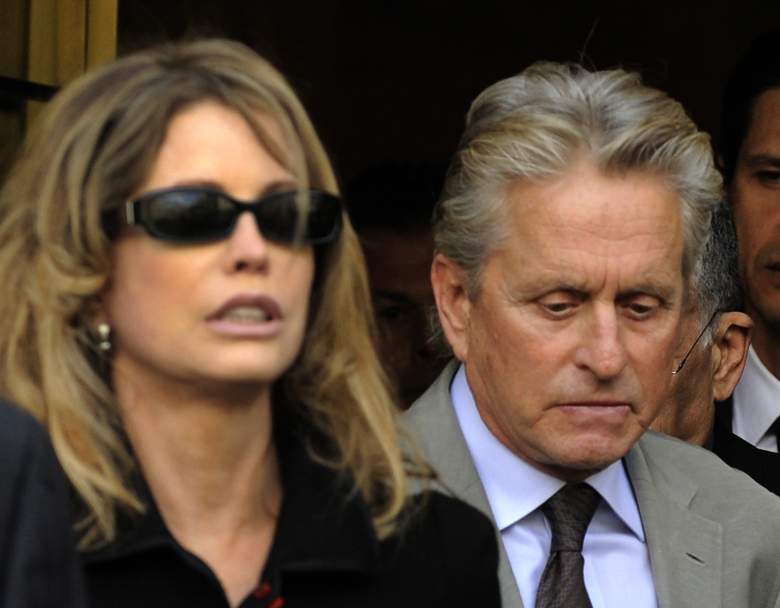 Actor Michael Douglas and his former wife Diandra in 2010 after their son, Cameron Douglas, was sentenced to 5 years in prison for possession of drugs. (Getty)

Cameron was born to the famous Wall Street actor and his ex-wife Diandra Douglas in 1978. The two divorced in 2000 after 23 years of marriage. According to Harper’s Bazaar, it was one of the largest divorce settlements in Hollywood history: a reported $45 million and the couple’s Santa Barbara, California, estate.

Diandra met Michael Douglas when she was a 19-year-old student at Georgetown’s Edmund A. Walsh School of Foreign Service. He was 32, and he proposed after two weeks. He married her six weeks later and whisked his prize to Los Angeles. The following year, son Cameron was born.

Since their divorce, Diandra has had her own problems like financial woes, more divorce, and the death of her goddaughter.

Diandra has been called a “momster” and has been blamed for Cameron’s drug, addiction, even those his father spent time in rehab for alcoholism.

Shortly after Cameron’s initial arrest, Douglas told People he was “holding up fine” amid his son’s troubles. “It’s a very difficult situation and painful, as I’m sure any mother or father of a substance abuser knows. So we’re doing the best we can.”

According to People, over the years Douglas regularly visited his son in jail. “I see him twice a month now because he’s incarcerated closer to our home,” he said. “He’s a drug addict, but he’s done more than his fair share of time for it.”

According to Michael’s attorney Marilyn Chintz, now “Michael just limits his contact with her only to the issue of their son.”

Diandra and Michael came together in 2009 to release a statement about their son’s most recent arrest:

We are devastated about the recent behavior of our son Cameron. Any family who has dealt with substance abuse knows how difficult it can be.

In an essay for the Huffington Post Cameron wrote in 2013, he spoke about his family.

Nevertheless, I feel thoroughly blessed. I have a beautiful and loving family who has faithfully supported me every step of the way, believing in me and refusing to give up in the face of one bleak adversity after the next.

3. Cameron Is An Actor 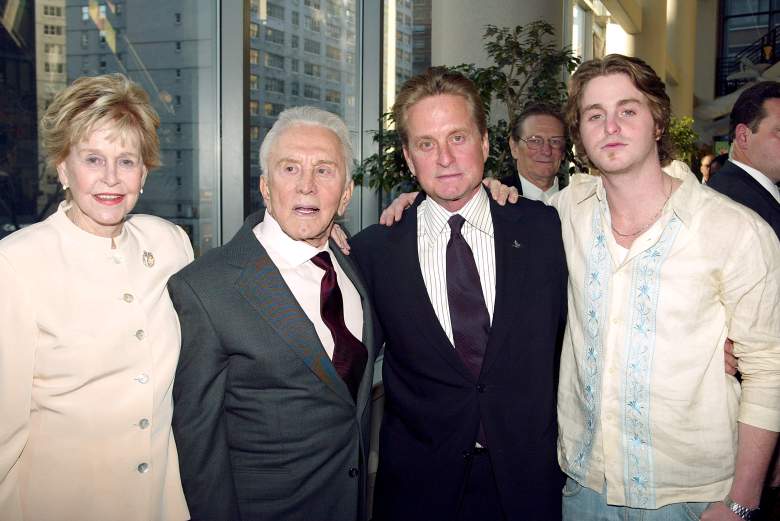 Diana Douglas, Kirk Douglas, Michael Douglas and Cameron Douglas at the New York premiere of “It Runs In The Family,” which they all starred in. (Getty)

Cameron comes from one of the most notable families in the entertainment industry. His grandparents Kirk Douglas and Diana Douglas are famous actors. Cameron’s late uncle Eric Douglas was also an actor. His other uncle Peter Douglas is a film and TV producer. And of course, his father Michael is an award-winning actor, as well as his stepmom Catherine Zeta-Jones.

Cameron got his first role in 1997 in Jackie Chan’s Mr. Nice Guy and then starred in It Runs in the Family with his father and grandfather. He’s also appeared in the National Lampoom film Adam and Eve and a film called Loaded with Jesse Metcalfe and Chace Crawford.

Cameron is also a DJ.

4. He Fell in Love With His Lawyer and Has a New Girlfriend

A mere hours after news of his release broke, Page Six spotted Cameron Monday strolling down the street hand-in-hand with a new girlfriend. He was looking healthy and buff.

His new girlfriend is most definitely not former lawyer Jennifer Ridha, his former lover and member of his legal team in 2009. Jennifer wrote a book called Criminal That I Am in which she documents her affair with Cameron and smuggling him drugs.

She wrote in her book:

About their romance, she wrote:

Once in a group meeting, our legs serendipitously touch,” she writes. “When I reflexively pull mine back he uses his ankle to still it in place, the inside of his calf leg now pressed purposely against the outside of mine. The surreptitious tangle of our legs is like everything that comes with Cameron: I know I shouldn’t, but I do.

Jennifer told Cameron that she loved him after he was sentenced to 60 months in February 2010. They’d known each other for five months at this point. Cameron told her that he loved her, too, on a different day. “He seems taller, greater, than when he is sitting across from me,” she wrote. “He grabs me and kisses me. And I kiss him back.”

During their relationship, Cameron convinces her to smuggle him Xanax on multiple occasions, which he claimed his needed for his mental state but then shared with other inmates, according to TVGuide. Unfortunately, one of those other inmates was a one of whom was a government informant. While Jennifer was arrested for providing contraband to a federal inmate, she did not have to go to prison for her crimes.

Keep in mind that during their romance, Cameron was still seeing ex-girlfriend Kelly Sott, who used to be his personal assistant. Kelly went to jail for smuggling him heroin on a toothbrush, according to TVGuide and The New York Daily News says she served seven months in prison.

5. He Started Using Drugs at the Age of 13 and Has Been Arrested for Drugs At Least 3 Times

“My son has not been sober for this length of time since he was 13 years old,” Cameron’s father once admitted on the Today Show.

Cameron has been arrested for drug offenses at least three times. It started in 1999 when he was found with cocaine in Manhattan and was arrested and charged with a misdemeanor possession of a controlled substance. Luckily, the charge was dropped after he plead guilty to the lesser charge of disorderly conduct.

Then in 2007 Cameron was charged with felony possession of a controlled substance after police officers found a syringe with liquid cocaine in a car he was in.

On July 28, 2009, Cameron was arrested by the DEA for possession of 0.5 pounds of methamphetamine, which is a lot of meth. Because of the unusually large amount, Cameron was charged with intent to distribute. The charge carries a minimum prison sentence of 10 years and a maximum of life. 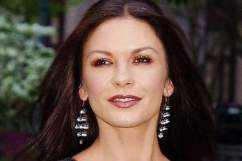 Catherine Zeta-Jones Back in Rehab with Bipolar Disorder: 5 Fast Facts You Need to Know