Travis Lane Stork is the debonair host of the show Doctors, which involves a panel of doctors discussing health issues and answering questions from the audience. So, what’s the deal with Stork’s dating life? Is he married? Does he have a girlfriend? Get the rundown on his love life and his ex-wife Dr. Charlotte Brown.

1. Ex-Wife Brown Is a Pediatrician

Dr. Travis Stork from the show, “The Doctors” and former suitor from "The Bachelor" just said he and his wife divorced. ?

Travis Stork married his ex-wife Dr. Charlotte Brown in 2012, but the marriage only lasted until 2015, according to People. Brown is a doctor as well, specializing as a pediatrician. The couple did not have children.

Stork is not currently reported to be in a relationship.

2. When Stork Starred On The Bachelor, He Did Not Propose to the Winner

Stork starred on the popular series The Bachelor and he gave schoolteacher Sarah Stone the final rose of the season. However, he decided not to propose to her on the show, putting the ring on a necklace. According to Entertainment Tonight, the couple called it quits shortly after the airing of the season finale of the show.

3. Travis Stork Dated His Ex-Wife For Three Years Before They Married

My days as a "bachelor" are nearing an end! My wedding ring has arrived … getting excited!

When Stork proposed to his ex-wife, they couple was on a vacation in Hawaii. People reports the couple tied the knot June 30, 2012 in an intimate ceremony in Colorado. 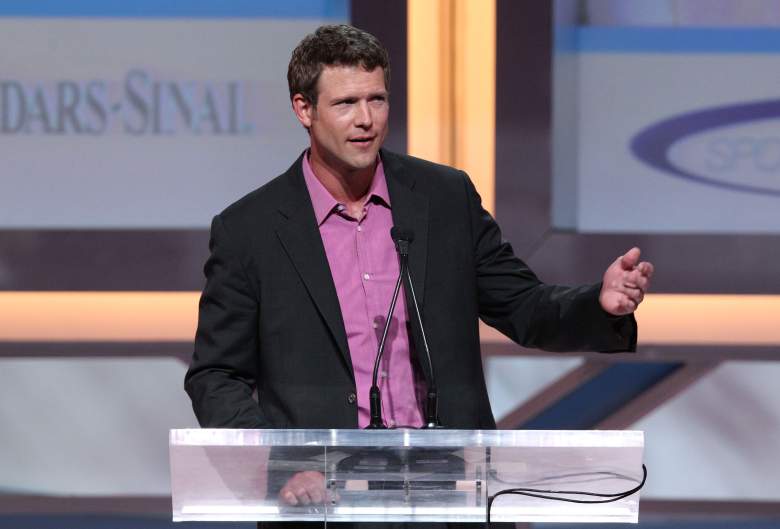 WhosDatedWho reports that, in 2008, Carrie Underwood actually dated Travis Stork. Martin Pavell, the father of Stork’s brother-in-law, once talked to Us Weekly about Stork’s connection to Underwood, saying that:

They have been dating. They are a lovely couple.

Read More
Reality TV, TV
Former Bachelor and Doctors star Travis Lane Stork is not married. Read on for the details on his ex-wife Dr. Charlotte Brown and his dating life.