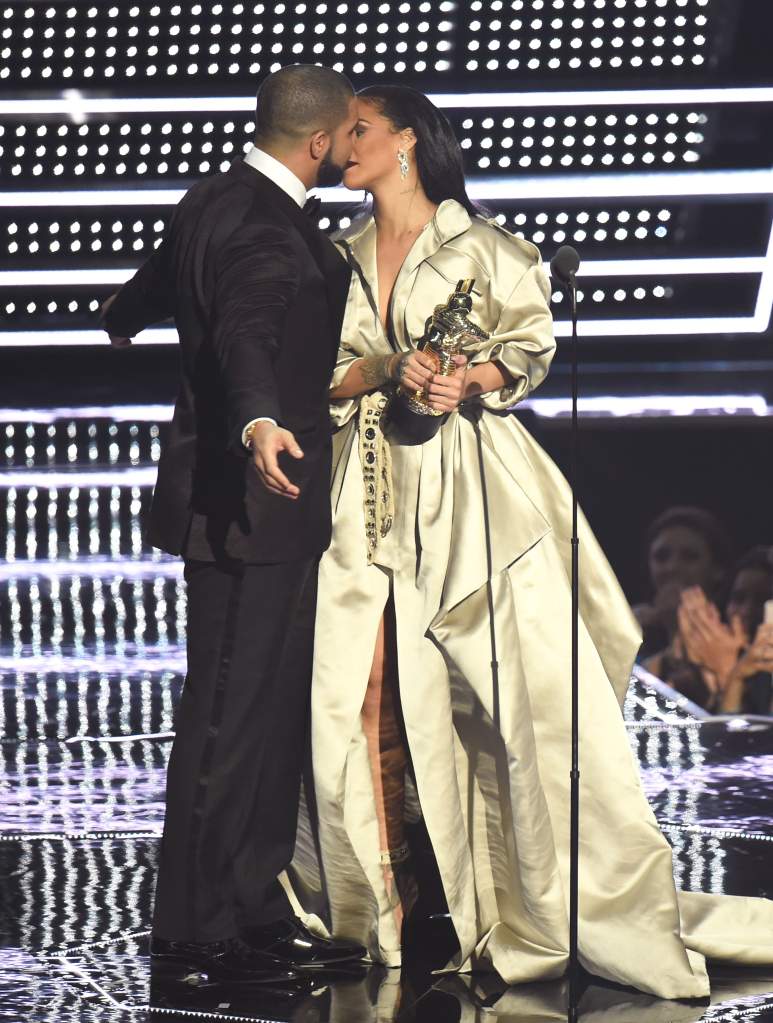 At tonight’s 2016 VMAs, Rihanna gave four separate performances in honor of her receiving the Michael Jackson Video Vanguard Award. Fans were hoping to see Drake appear in one of her sets since the two have been rumored to be dating again, but Drake was nowhere to be seen … until the very end. Drake had the honor of presenting Rihanna with her award and gave a speech about what RiRi means to him. He talked about how he met her back in 2005 when she was performing her song “Pon De Replay.” Drake also revealed that he’s been in love with Rihanna since he was 22 years old. Check out the adorable moment in the below Twitter post.

THIS IS THE SWEETEST THING EVER https://t.co/iab47Tzz1N

Drake went on to talk about how Rihanna is a girl he looks up to even though she’s younger than he is and he also stated that she’s the same girl she always has been. Drake also called RiRi his best friend.

Sooooo are they like official now!? #VMAs @rihanna @Drake pic.twitter.com/91hqdvduFS

When accepting the award from Drake, Rihanna gave him a kiss on the lips and hugged him. It was an adorable moment that had fans in a frenzy.

Check out some of the photos from the couple’s moment on stage below.

When it was announced that Rihanna was being awarded with the Video Vanguard Award, Drake congratulated RiRi with a giant billboard. Earlier in the night, Drake received an award, but Diddy accepted it in his place, claiming Drake was stuck in traffic. (Getty) 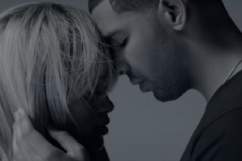 Rihanna and Drake: Are They Really Dating?