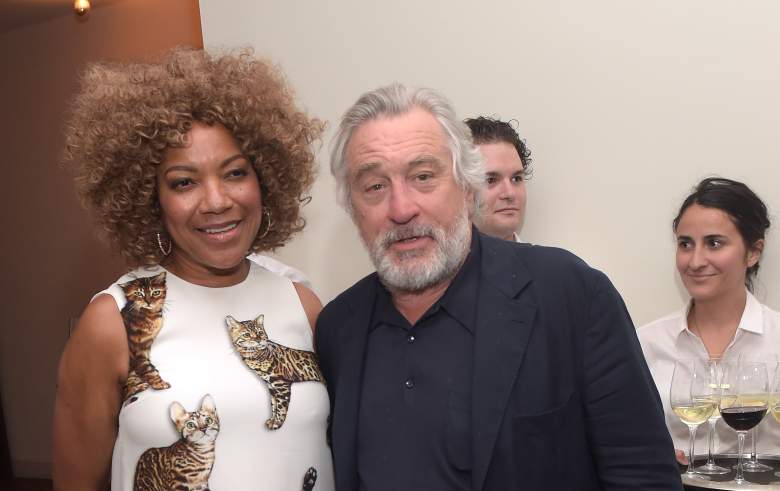 Grace Hightower and Robert De Niro have been married since 1997. (Getty)

Philanthropist Grace Hightower has been married to two-time Oscar-winner Robert De Niro since 1997. Hightower has been active with charitable causes in New York and around the world. She’s also had small roles in Lee Daniels’ Precious and The Paperboy.

Here’s a look at Hightower’s life and career.

1. Hightower Met De Niro a Decade Before They Got Married & Met the Actor in London 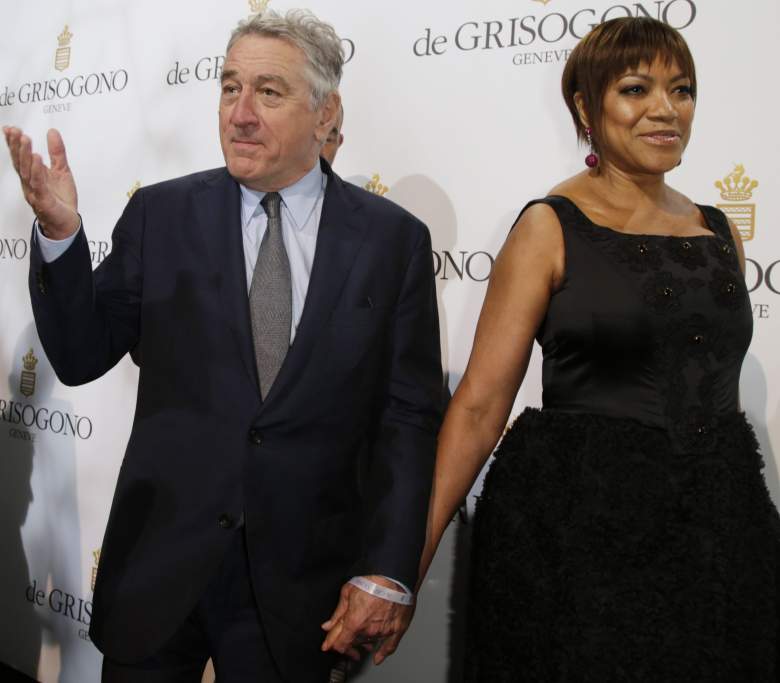 Robert De Niro and Grace Hightower at a party during the 2016 Cannes Film Festival. (Getty)

Hightower revealed in a 2013 New York Times profile that she met De Niro in London at the restaurant Mr. Chow, where she was working as a hostess, in 1987. Prior to that, she was a TWA flight attendant and lived in Paris, where she learned French.

Hightower wouldn’t reveal much about her first meeting with the Hands of Stone actor, but she wouldn’t describe it as whirlwind romance. After all, they didn’t get married until 1997.

“It was an ease-in. It wasn’t a whirlwind,” the 61-year-old Hightower told the Times.

In a 2013 interview with Yahoo News, Hightower told Katie Couric that she really didn’t know who De Niro was. The actor kept asking her questions, which she found annoying. Only after telling a co-worker about him did she realize that he was a famous celebrity. 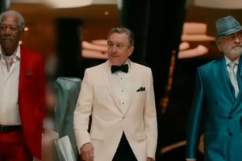 2. The Early Years of Their Marriage Was Tabloid Fodder, as De Niro Filed for Divorce in 1999 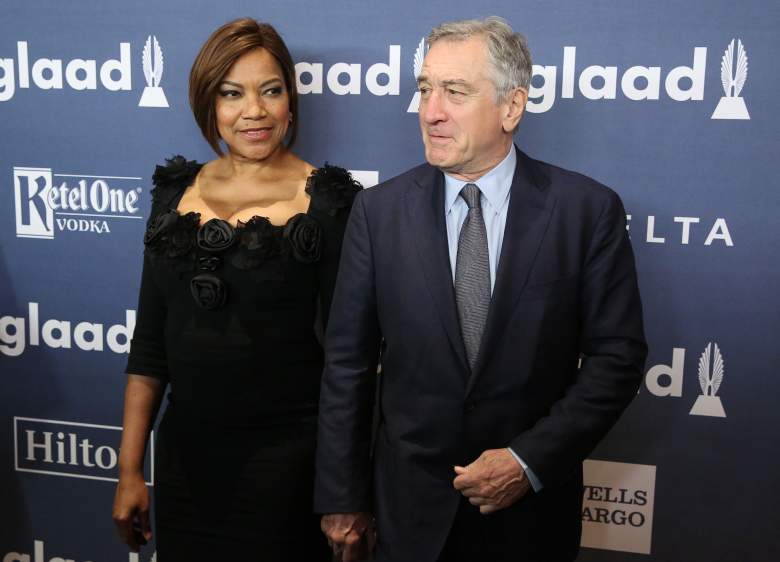 The early years of their marriage were difficult. Just over a year after Elliot was born, De Niro filed for divorce in August 1999. People Magazine reported in 2001 that they signed a custody agreement that De Niro could only visit Elliott three times a week. During the ongoing custody battle, Hightower accused De Niro of drug and alcohol use, while De Niro claimed that Hightower once fractured one of his ribs.

The divorce was never finalized. In 2004, the couple renewed their wedding vows, reportedly at the actor’s farm near the Catskill Mountains. Ben Stiller, Martin Scorsese, Meryl Streep and other celebrities reportedly attended the event.

3. De Niro Revealed That Their Son Elliott Is Autistic During the ‘Vaxxed’ Scandal With the Tribeca Film Festival 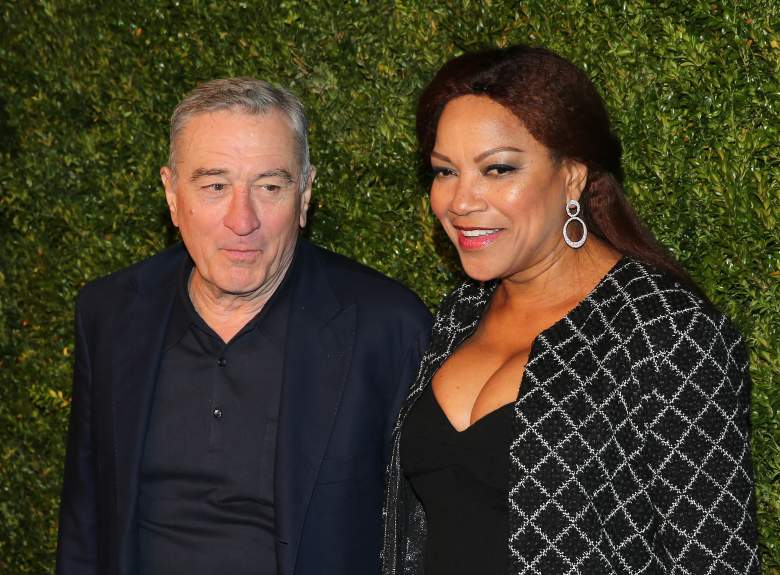 In March, De Niro and Jane Rosenthal’s Tribeca Film Festival became the center of the ongoing vaccine issue when they scheduled a screening of Vaxxed, a controversial documentary that claimed there was a link between vaccines and autism. At first De Niro defended showing the film and revealed that Elliot has autism. It was the first time he had mentioned that publicly.

De Niro said in a statement:

Grace and I have a child with autism and we believe it is critical that all of the issues surrounding the causes of autism be openly discussed and examined. In the 15 years since the Tribeca Film Festival was founded, I have never asked for a film to be screened or gotten involved in the programming. However this is very personal to me and my family and I want there to be a discussion, which is why we will be screening VAXXED. I am not personally endorsing the film, nor am I anti-vaccination; I am only providing the opportunity for a conversation around the issue.

Rosenthal and De Niro eventually pulled the film from the line-up. However, De Niro said on the Today Show that he believes Vaxxed should be seen and that there should be a discussion about vaccines and autism.

“There are many people who will come out and say, ‘No, I saw my kid change overnight. I saw what happened and I should have done something and I didn’t.’ So there’s more to this than meets the eye, believe me,” De Niro said. 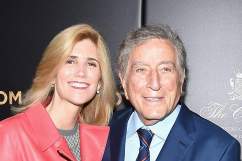 4. Hightower Runs Coffee of Grace, Which Sources Beans From Rwanda & Often Travels There 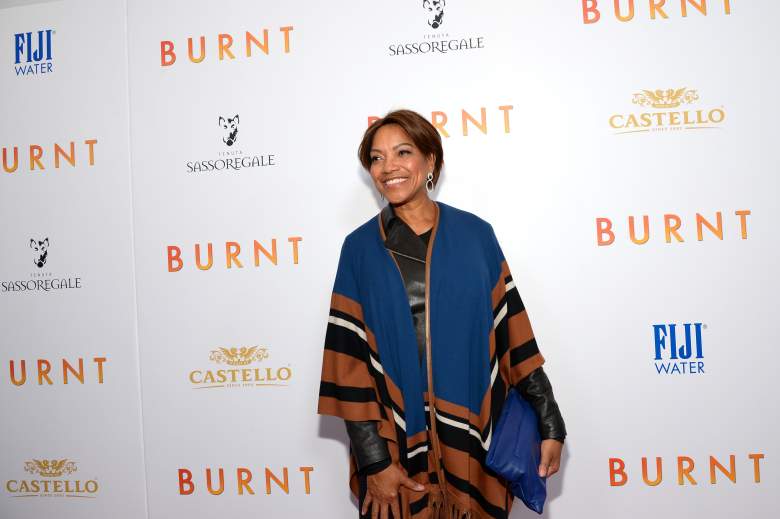 While Hightower and De Niro live in New York, she often travels to Rwanda. She is the founder and CEO of Coffee of Grace, a coffee maker and distributor that sources beans from Rwanda. She started the company in 2012.

“Through direct sourcing, fair trade, ethical practices and environmental stewardship, our dedication to the coffee farmers of Rwanda will allow them to create a sustainable business that can be passed from one generation to the next,” she says in the company’s mission statement.

The Wall Street Journal notes that she often travels to Rwanda to oversee the company’s operations personally. She was inspired by Rwanda President Paul Kagame, who called on the international community to trade with his country instead of sending aide.

“For a poor country that had experienced atrocities less than two decades before, that was something out of nowhere,” Hightower told the Wall Street Journal in January 2016.

When asked earlier this year by The Huffington Post what her goals are for the company, she replied:

I would love to expand globally and become a household name known for our educational responsibility. Hopefully our business model will inspire future entrepreneurs to enhance the lives of others with their mission.

5. Hightower Was Born in Mississippi & Has 10 Siblings 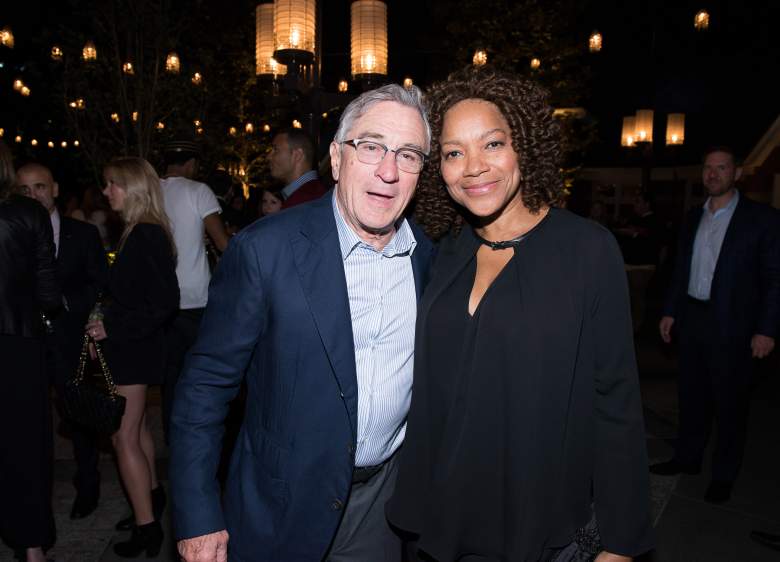 Hightower was born in Karmichael, Mississippi where she grew up with 10 siblings. As she told Coffee Universe in 2013, she grew up on a farm where the family produced all the food they ate. The only thing they bought at the supermarket was sugar.

She explained that both her parents have had a profound impact on her life.

My Mother and Father were very influential in my life, instilling in me the importance of so many things. But it was my father who truly impressed upon me the importance of working hard and the concept of do unto others as you would have done to you. He also always said to me, “Never to go to bed without paying your debts.”

She said she spent her childhood dreaming of traveling the world and was aware of racial tensions in her hometown. She told the Huffington Post that Rosa Parks is one of the female leaders she admires.

“I admire my mother, [Eva] Peron, Rosa Parks, and other leaders who have stepped outside of their comfort zone to create a change,” she said.

Hightower is also part Blackfoot Indian. “Black, female, part Indian in the Deep South. I had it all coming at me,” she told the New York Times in 2013.