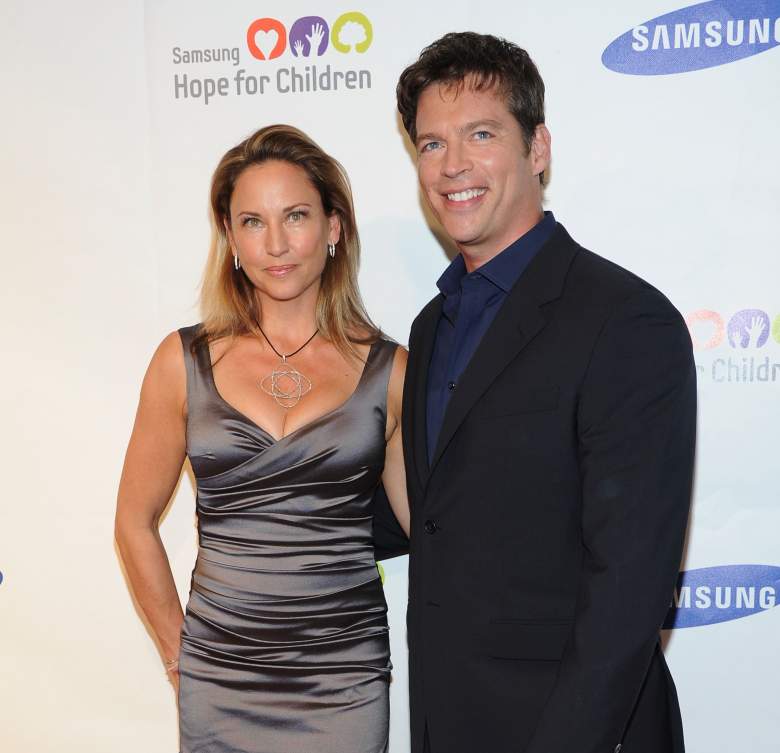 Connick and Goodacre have been married since 1994 and are the parents of three daughters, Georgia, 20, Sarah, 18, and Charlotte, 14. The entire Connick family appeared on the Harry on November 21, 2016, as a surprise for the host.

On October 25, 2017, People Magazine published an article in which Goodacre opened up about her breast cancer diagnosis.

1. Goodacre Was Diagnosed with Breast Cancer 5 Years Ago

thank you @people, for giving jill and me the opportunity to share this… if this info can help just one person, we’re happy ❤️

In 2012, Goodacre was diagnosed with Stage I invasive ductal carcinoma. She had a routine mammogram that was “normal,” but doctors requested a sonogram because Goodacre has “dense breasts.” This is when the lump was found.

Goodacre’s cancer was caught early, but hearing the word “cancer” was very frightening for both Goodacre and Connick Jr.

“I was scared I was going to lose her, absolutely. I wasn’t going to let her see that, but I was. I know from losing my mom that the worst can happen. She’s my best friend, and I really don’t know what I would do without her,” Connick Jr. told People Magazine.

Goodacre was scheduled for a lumpectomy (to remove the cancerous tumor) and would follow up with several rounds of radiation. Her lumpectomy didn’t have clean margins, however, which means that the tissue around the tumor showed signs of cancer. Goodacre had to have another surgery the next day. She started radiation therapy a short time later and was put on Tamoxifen, a common drug used to treat women who have early-stage breast cancer. Goodacre has been taking Tamoxifen for the past 5 years and is in remission.

“It wasn’t like we were superstitious, like if we said something about being in the clear we’d somehow jinx it. But we wanted to be well on the other side of things before we told everybody. The doctors all say that after the five-year mark, things look optimistic, so we’re starting to feel pretty good. It’s not something that’s just going to go away like it never happened. I’ll always be a little nervous, always having to get checked, always hoping it doesn’t come back,” Goodacre told People Magazine.

2. Goodacre & Connick Jr. Didn’t Kiss Until a Week After Their First Date & They Got Married 4 Years Later 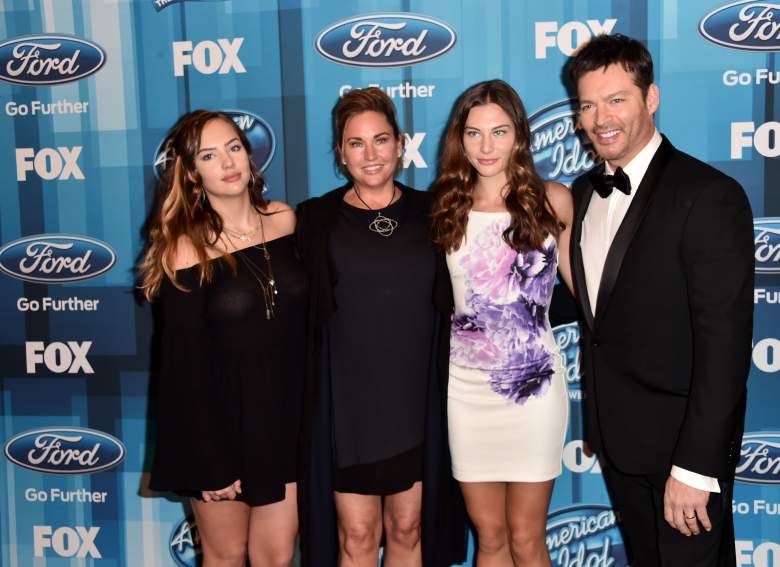 Connick and Goodacre met in 1990 at the Sunset Marquis Hotel in Los Angeles, People Magazine reported in 1991. Connick just came out of the pool and noticed Goodacre, who he recognized from a Cherokee jeans ad. Goodacre didn’t know who the then-23-year-old Connick was. The two were also both friends with actor D.B. Sweeney. On the next day, they had dinner, which ended in them shaking hands. Goodacre told People that they didn’t kiss until a week later.

“We were both out in California staying at the same hotel,” Goodacre recalled in a 2006 interview with Your Tango. “I was checking out and he was swimming in the pool. Thankfully, he came up for air and saw me walk by! He introduced himself, and it was truly love at first sight.”

“When I introduced myself, I wasn’t trying to ask her on a date or anything,” Connick said in the same interview. “But she is such an amazing beauty that the physical attraction was so strong. I never saw anybody that beautiful in person before.”

Despite what Goodacre said in that 1991 People report, Connick said in 2006 that they did kiss at some point during their first date. Goodacre said that he kissed her hand.

3. Connick Says Goodacre Is Still ‘a Mystery to Me’ & They Are ‘Best Friends’ 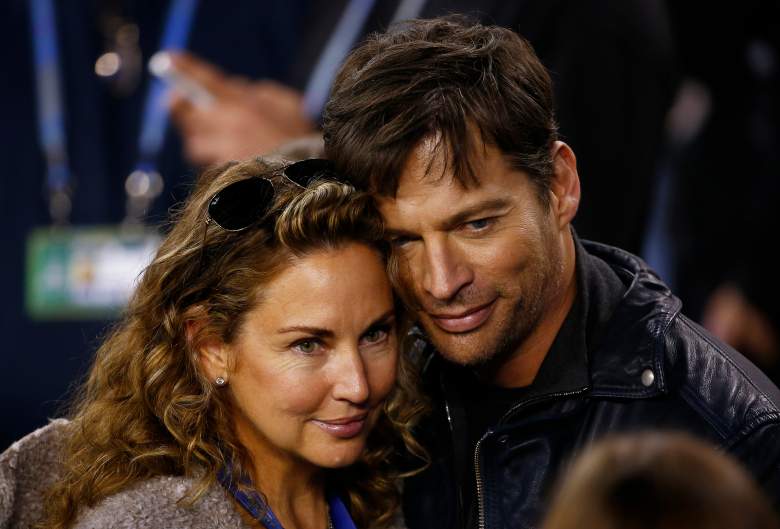 When asked to explain their two-decade marriage, which sounds like eternity in Hollywood terms, Connick told the Huffington Post that there really wasn’t a secret to tell. Everyone’s marriage is different, he said.

I think it’s different for everybody but I love my wife and I know she loves me. We’re best friends. We’re just lucky to have found each other. It takes a lot of work but I just feel very blessed that I found the right person. It’s a very fortunate situation and not everyone has that.

“It helps to marry your best friend, and I was fortunate to do that,” Connick told Parade in 2011.

In 1994, Goodacre starred in an episode of Friends, titled “The One With The Blackout.” In the episode, she got stuck in an ATM vestibule with Chandler (Matthew Perry), who had some difficulty getting the courage to talk to her at first. 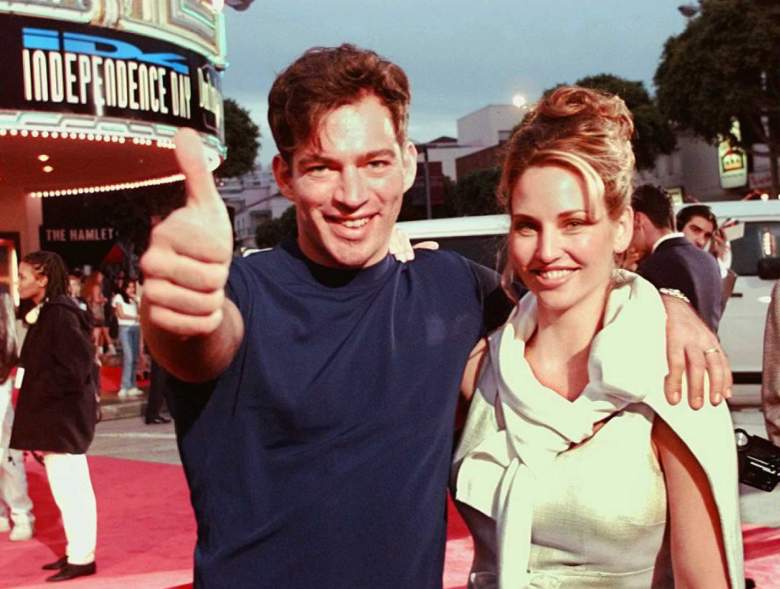 Harry Connick Jr. and Jill Goodacre at the 1996 premiere for Independence Day. (Getty)

Goodacre’s mother is sculptor Glenna Goodacre, whose most famous work is the Vietnam Women’s Memorial in Washington, D.C. She also created the statue of President Ronald Reagan seen outside the National Cowboy Hall of Fame in Oklahoma City and the Reagan Presidential Library in Simi Valley, California.

The sculptor has also been honored for her work with a boulevard named after her in her hometown of Lubbock, Texas. She’s also a member of the Texas Women’s Hall of Fame.

Glenna Goodacre also designed the obverse of the Sacagawea dollar coin for the U.S. Mint. Sacagawea was a guide on the Lewis and Clark expedition of the Louisiana Purchase. 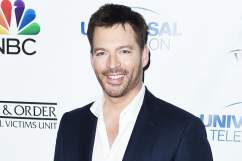