Kanye West is set to appear on stage at the 2016 VMAs, but we’re not sure what he’s doing and it doesn’t really sound like others really know either. USA Today reports that West is getting four minutes of free time on stage to pretty much do whatever he wants. So, he could perform, he could hold a fashion show for his clothing line, he could announce his running for President again … the sky is the limit.

According to TMZ, West was supposed to show up for rehearsals today but he failed to do that so details on what he has planned for the show are even more under wraps. Backstage sources told TMZ that “nobody knows what he’s doing.”

Let’s go over the possibilities … Check out some clips from his craziest moments at the VMAs below:

I’mma Let You Finish But …

One big thing that viewers are waiting to see is a dig at Taylor Swift. Do you think Kanye West will take a jab at his nemesis who will be absent from the event tonight? 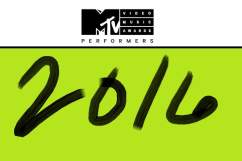