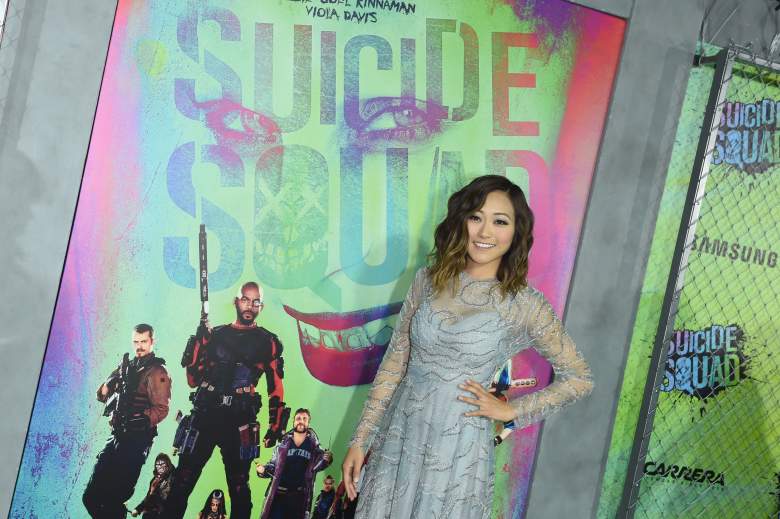 Karen Fukuhara is one of the new faces seen in Warner Bros. and DC Comics‘ Suicide Squad, which opens on August 5. The 24-year-old plays Tatsu Yamashiro, also known as Katana, in the film. Fukuhara, who has never appeared in a movie before, was born and raised in Los Angeles.

Here’s a look at Karen Fukuhara.

1. She is a Martial Arts Champion & Did Almost All Her Own Stunts in ‘Suicide Squad’ 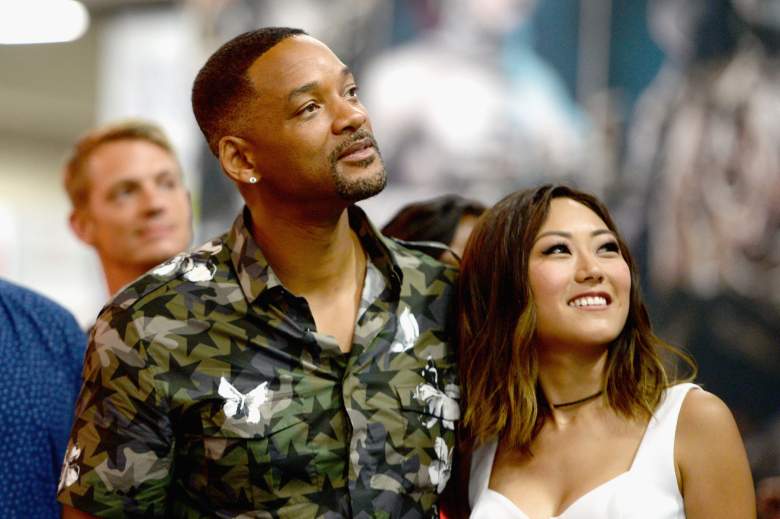 Karen Fukuhara and Will Smith at the 2016 San Diego Comic-Con. (Getty)

Fukuhara has a background in martial arts and was a karate champion in high school. She told W Magazine that her brother got her interested in karate.

“I only got into it because my little brother started karate, and my mother wanted me to babysit him. He was a troublemaker in class—and thank god for that now,” she said.

Fukuhara even did all of her own stunts, although there was one she couldn’t do. Even though she had trained in sword-fighting (after all, her character is named after a sword), there was one trick she couldn’t do. If she swung it the wrong way, co-star Margot Robbie might have lost her head. “Margot’s very tough, but yeah that would’ve been bad,” she told W Magazine.

2. Her First Job in Hollywood Was as a Host for Disney Channel’s ‘Movie Surfers’ 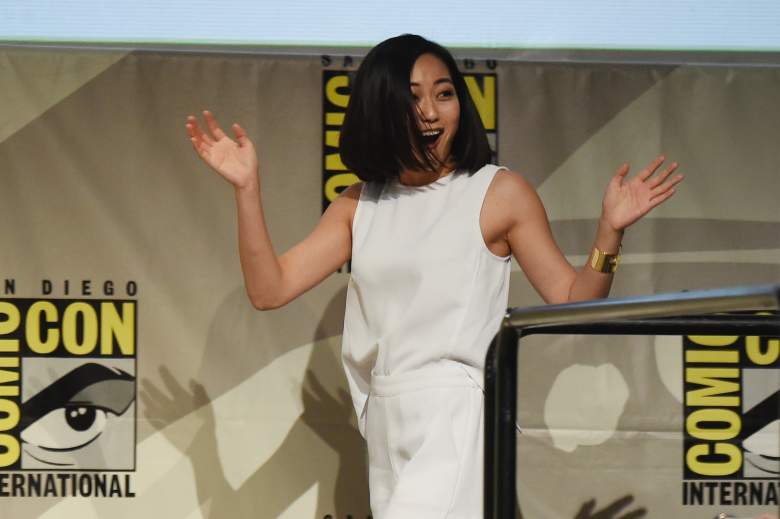 Karen Fukuhara was introduced as Katana at SDCC 2015. (Getty)

In 1997, the Disney Channel launched Movie Surfers, a show with teens interviewing Disney movie stars that aired between shows and commercials. The show provided Fukuhara with an entry point into Hollywood. In her first episode, she interviewed Pirates of the Caribbean stars Johnny Depp and Keira Knightley. According to Women’s Wear Daily, she got the job after a friend introduced her to a Disney casting director.

“If I could do it over, I’d actually listen to their answers, but I was so nervous,” she told WWD.

Although the job lead to TV opportunities in Japan during high school, she avoided getting into acting. Her mother suggested she study acting, but she instead majored in sociology at UCLA.

“I remember seeing a quote that said something like, ‘If you are going to strive to be the best, it’s hard in any industry so you might as well do it in the one you are passionate about,'” she told WWD.

‘Suicide Squad’ Premiere With Will Smith & Margot Robbie: The Photos You Need to See

3. Before ‘Suicide Squad,’ Fukuhara Worked as a Translator & Subtitle-Editor

Before she landed her role in Suicide Squad, Fukuhara was a struggling actress, she told NBC News. “I’ve worked as a part-time translator, subtitle editor, and a waitress at a reggae-themed sushi restaurant,” she said.

When she learned she was going to be in the movie, she was working in New York as a translator for a Japanese model. “My management team called and I was ecstatic,” she said. “I couldn’t believe it! At the time, I didn’t know how big the role was, but I remember I was just excited to book a role.” 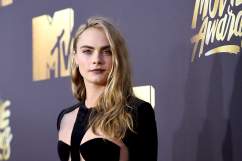 4. She Hopes to Explore Katana’s Backstory In-Depth in a ‘Suicide Squad’ Sequel 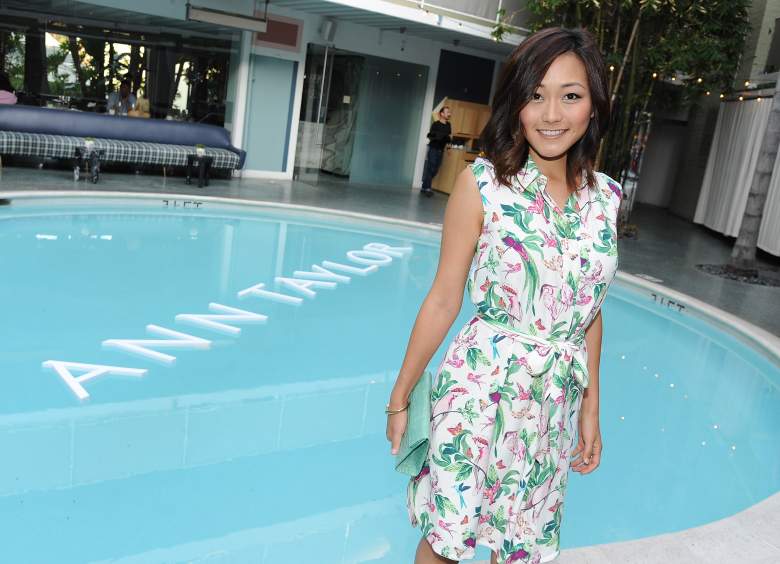 The Katana character was introduced in the DC universe in 1983 and has a fascinating backstory that the two-hour Suicide Squad can’t possibly cover all of. So, Fukuhara is hoping that she’ll get the chance to explore Katana’s past in either a spin-off or a Suicide Squad sequel.

“I’d like to explore where she’s from, what kind of training she comes from – if she gets a stand-alone movie that would be awesome,” Fukuhara told ComicBook.com. “There’s so much story from the point of her husband’s death to her story leading up to Suicide Squad – that’s something that I’d love to show on the screen.”

Fukuhara also said that she read the Katana solo comic book series, which ran 10 issues in 2013. “She’s a cold-blooded killer. I think her back story is emotional and complex,” Fukuhara told WWD.

5. She Says She Still Lives With Her Parents 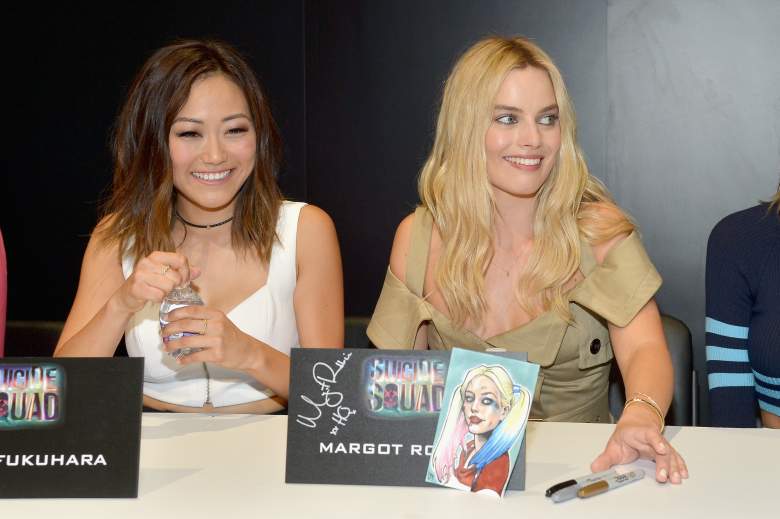 In her NBC News interview, Fukuhara admitted that she still lives with her parents.

“I think it’s hilarious because everyone thinks my life has changed 360 degrees since I’ve worked on Suicide Squad,” she said. “This is of course true on some days, but I still come home to live with my parents at the end of the day. Nothing is glamorous about that, haha.”

Fukuhara’s father, who was born in Japan, works for a Japanese company and her mother teaches piano, she told WWD. She brought her father with her to the New York premiere of Suicide Squad.

“I’m just excited to see it with my dad,” she told ComicBook.com at the premiere. “He doesn’t speak English, and he’s a very traditional, stoic, Japanese dad. So he was very nervous about coming to the premiere. He said, ‘I don’t know if I fit in, I don’t know what to wear, should I even go?’ I said, ‘Of course! You have to be there!’ I’m just excited to sit next to him and be able to experience it with him, together.”