Rachel Platten is married to Kevin Lazan, a lawyer. (Instagram/@rachelplatten)

Rachel Platten has been dominating the airwaves – and political discussions – thanks to her hit song “Fight Song.” The track revived her music career and it caught the attention of Hillary Clinton, who has been using it at just about every rally she’s had. The 34-year-old Platten has been married to Kevin Lazan, an attorney, since 2012. They don’t have any children yet.

Plattne was picked to sing the National Anthem before Game 1 of the 2016 World Series on October 25.

Here’s a look at Lazan and his relationship with Platten.

1. Lazan Worked in Management Consulting & Has an MBA from New York University

According to Lazan’s LinkedIn page, he earned his B.A. in Legal Studies and Journalism from the University of Massachusetts, Amherst in 2002. His first job out of college was as a Junior Agent at PuckAgency. In 2006, he worked for Railway Media as an Operations Manager. The 35-year-old went the New York University’s Leonard N. Stern School of Business for an MBA in Strategy and Finance from 2008 to 2010.

His most recent position listed is Director at Next Street‘s New York Advisory Practice, “specializing in corporate strategy, business operations and growth planning for high-potential small businesses and nonprofits, as well as the “ecosystem” of government, anchor institutions and traditional and impact investors.” He left the company in January 2016. 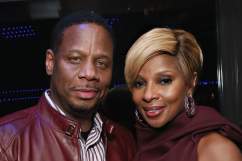 Lazan and Platten first met in 2006. In an interview with Southern New England Weddings, Platten said that the clicked right away.

We just clicked instantly. Kevin is kind and brilliant, he loves music and is an incredible movie-quoter, something I rate very highly.

Their marriage as a traditional Jewish ceremony at Mount Hope Farm in Bristol, Rhode Island. Platten did her best to make sure that the wedding wasn’t “the instant wedding-in-a-box,” but instead “soemething completely unique.”

“I realized [planning a wedding] could be just as artistic as writing a song. I really dove into it,” Rachel told New England Weddings. 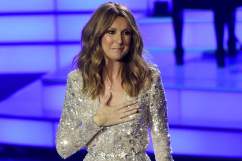 3. The Song ‘Superman’ Was Inspired by Lazan’s Struggles With His Father’s Illness

Platten wrote in the caption for this photo, “My boys.” (Instagram)

The last song on Platten’s Wildfire is “Superman,” which she told Glamour is a very personal song. It was written after Lazan’s father became ill. Since Platten was recording her album on the other side of the country while Lazan was caring for his father, she thought she ought to write a song.

I couldn’t be there as much as I wanted to be there. I felt really selfish and like I wasn’t being a good partner. And the only thing I could do was write him a song, right? I’m like 3,000 miles away, and I wrote him that song, being like, you have been there for me, very loving and very supportive. And look, you don’t have to be strong right now. I got you. So I’m really glad I got to include that one. 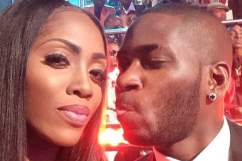 4. They Didn’t Go to a Great Place for a Date on Their First Date

In a 2016 interview with AndPop, Platten described her first date with Lazan, which didn’t go that well. Although Platten was instantly struck by Lazan, the bar his friend suggested. It was “definitely not” a great place for a date.

“It was really gross, dingy, Lower East Side dungeon kind of bar. It [looked] like lesbian night that night, so there was a lot of women snuggling, which is totally cool,” she recalled. “But he was really embarrassed. He was like, ‘Oh my god, this is not what I meant to bring you to. Oh my god.’ I think his friend was punking him.”

Still, she said it was a “great day.” 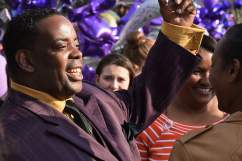 5. Platten & Lazan Were Living in New York, But Moved to Santa Monica This Past Spring

Before a show in Washington, DC in March 2016, Platten revealed to Elle Magazine that the couple was moving from their apartment in New York’s Battery Park to a home in Santa Monica, California, where Platten has been recording.

Platten has said that Lazan helped her follow her dreams. Her music career didn’t get off to a great start, as her 2003 album Trust in Me and 2011’s Be Here both failed to chart. It wasn’t until “Fight Song” became a huge hit that her career took off. Wildfire peaked at No. 5 on Billboard and has already been certified gold by the RIAA.

“I’m married to an amazing man, we’ve been together for 10 years, and he’s a huge reason why I kept believing in my dreams,” Platten told Us Weekly in December.