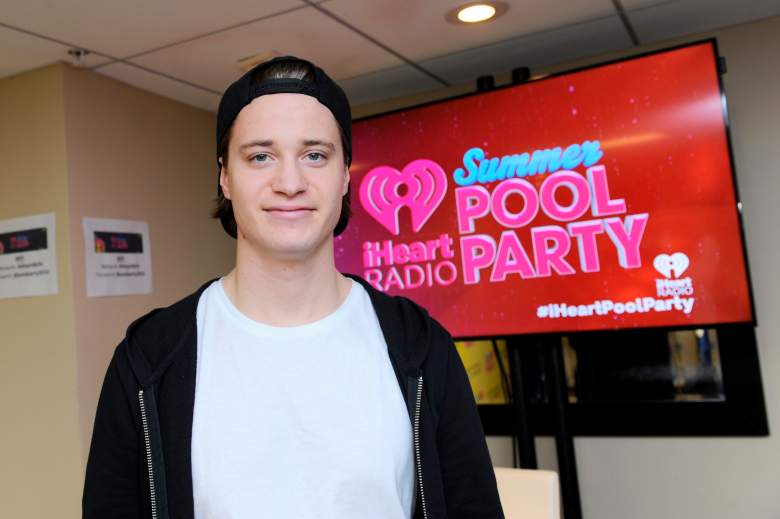 Kyrre Gørvell-Dahll, better known by his stage name Kygo, might be Norwegian, but he was still picked by the International Olympic Committee to perform at the Rio Olympics closing ceremony. The 24-year-old DJ will be there with singer Julia Michaels to perform his new single “Carry Me.” In May, he released his first album, Cloud Nine, from Sony Music.

Here’s a look at Kygo’s career and why he is performing at the Closing Ceremony.

1. Kygo Was Picked to Help the IOC Launch the Olympic Channel in Rio 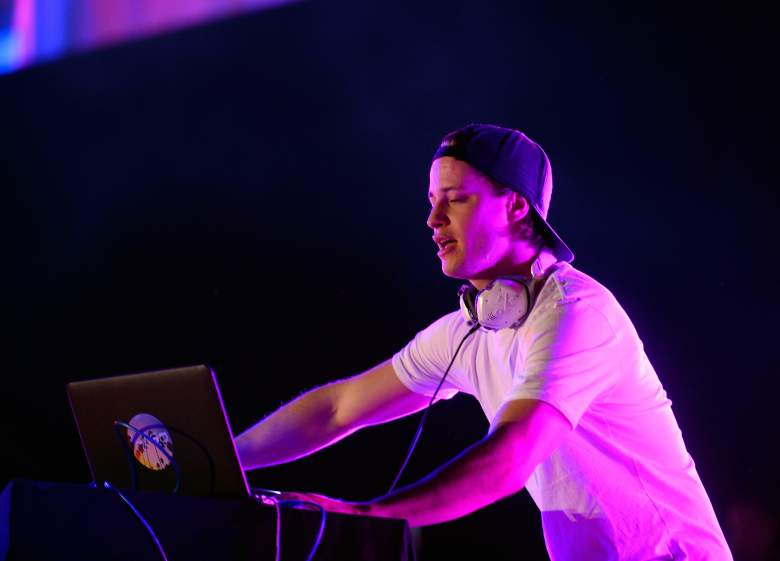 Even though he’s not Brazilian, Kygo was picked to help the IOC launch the new Olympic Channel, a streaming channel that will offer videos from past Olympics to keep interest in the Games going beyond every two years. Mark Parkman, general manager of the new venture, explained to Billboard why the DJ was picked:

As one of the hottest music acts in the world, Kygo’s music speaks to new generations of Olympic fans. His Closing Ceremony performance is sure to electrify viewers around the world on Sunday night as we prepare to launch the Olympic Channel. Kygo and his music will be an important element of the Olympic Channel where fans will be able to continue their excitement of Rio and the Olympic Games all year long.

In his own statement, Kygo said that this will be the “biggest performance of my life,” adding, “I’ve been a sports fan forever, and to be able to combine this with my music and help launch something like the Olympic Channel is a dream come true.” 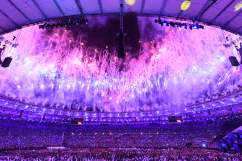 2. Kygo Shot to Stardom With a Remix of Ed Sheeran’s ‘I See Fire’

In 2013, Kygo became a star with his remix of “I See Fire,” the song Ed Sheeran wrote for The Hobbit: The Desolation of Smaug. He also created a remix of Sheeran’s performance of “Thrift Shop” and “No Diggity” with Passenger. The “I See Fire” remix has over 63.4 million views on YouTube.

Sheeran is taking a break from music, but when he comes back, Kygo hopes to work with him.

“I have had a lot of people approach me recently. Ed Sheeran is one of them and he’s been killing it. Maybe, yeah, I could mark his return. I’d love to,” Kygo told the Daily Star in May 2016. “I’ll cross my fingers for it working out, it will be very interesting.”

Kygo used his popular remixes to launch his own career. His first hit single “Firestone” has over 324 million views on YouTube. 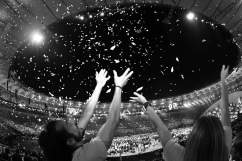 What TV Channel Is the Olympics Closing Ceremony on Today?

3. Kygo Spent His Childhood Traveling the World With His Family & Served in the Norwegian Military 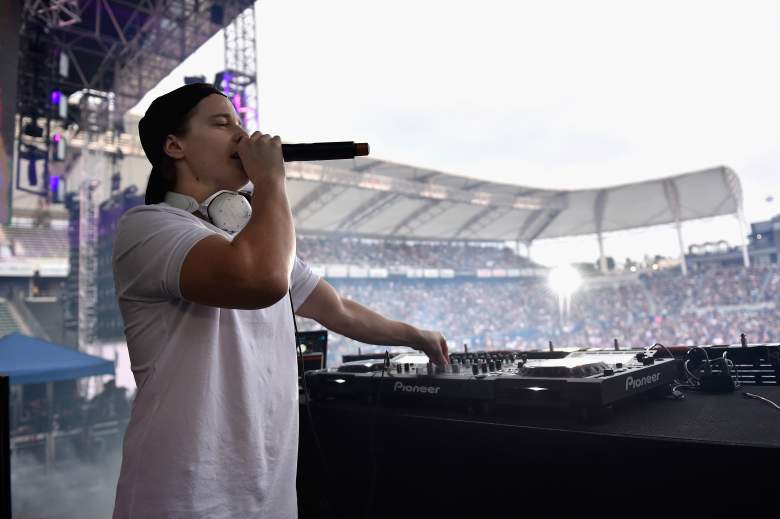 Kygo comes from a large family. He has an older stepbrother, and two older sisters and a younger half-brother, Billboard notes. He was born in Singapore and traveled to Brazil, Egypt, Japan and Kenya with his family. These experiences exposed him to a wide variety of sounds, which have influenced his career.

After high school, he served in the Norwegian military as a fireman for a year. During his downtime, a friend of his introduced him to all the necessary tools a DJ needs and he became obsessed.

Before he became interested in music, Kygo wanted to play soccer, but Avicii’s “Seek Bromance” convinced him otherwise. At this point, he dropped piano lessons because he “wanted ot play the pop stuff,” he told Billboard. 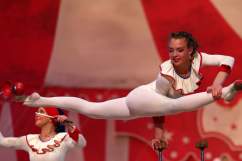 Sochi Olympics Closing Ceremony: All the Photos You Need to See 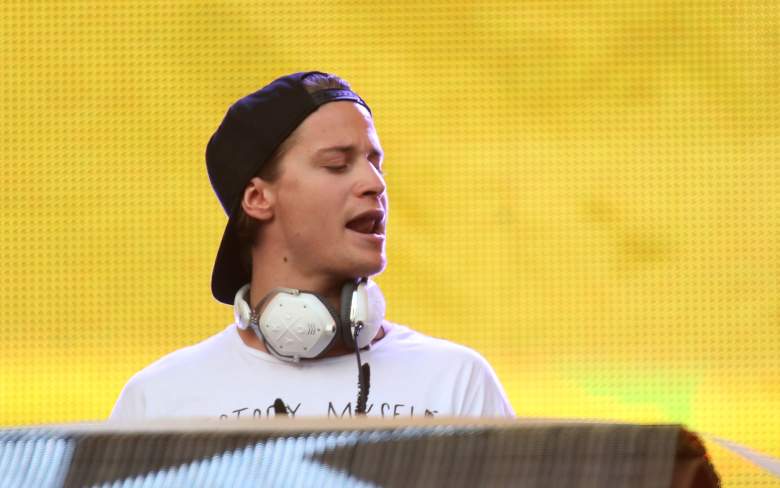 Kygo didn’t exactly invent the tropical house sound, but his use of it helped his remixes gain attention. Thanks to him, the sound has become so popular that Justin Bieber and producer MdL used it for Bieber’s smash hit “What Do You Mean?” The sound usually features steel drums, pan flute and other tropical instruments.

In an interview with YourDM, Kygo said that he never pigeonholed himself as a “tropical house DJ.” He explained:

I have never considered myself a tropical house DJ so it’s never been a huge issue for me. I’ve been playing the piano since the age of six and everything I do with my music starts off from what I learned there. The DJing part of my career is something I really enjoy but first and foremost, I’d definitely look at myself and think ‘musician’.

If being a DJ doesn’t work out for Kygo in the long-term, he can at least say he tried to diversify his brand. He’s even using his name for lifestyle clothing brands called Kygo Life and Kygo Vibe. Both are heavily inspired by Scandinavian designs.

You can only get the clothes in Europe at the moment. The collection also includes Kygo-branded headphones.

“Behind the music, there is a craftsmanship and a drive to always improve and perfect every step of the process. It is this philosophy that has inspired Kygo Life. My goal is to make things that make people feel good, in the same way that I want people to be happy when they listen to the music I make,” Kygo told Sweden’s Stureplan.

“Making music all the time was my dream, and I felt like, ‘Oh, it’s impossible. So many people are doing exactly what I’m doing and better than me,'” Kygo told Billboard. “Now they say, a billion streams on Spotify. I don’t even… that’s just insane.” 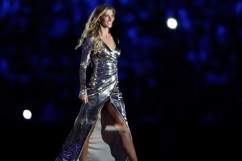