In love with my hubby and yes I am drinking and loving the moment because that is what wedding do to me. So happy. I love LOvE so this is so awesome. @claregalterio – so happy for you!

Siggy Flicker is one of the new cast members this season on Real Housewives of New Jersey and she has been married twice in her life. Her current husband since 2012 is a man named Michael Campanella, while her ex is Mark Flicker. Though Siggy is known as a relationship expert, she has experienced heartbreak and divorced her husband of 10 years in 2007. What’s very interesting is the close relationship Siggy and her ex share. In fact, Page Six reports that Mark Flicker served as the best man at Siggy’s wedding to hubby Michael Campanella. And, Siggy even set Mark up with one of his girlfriends, going as far as throwing her a baby shower.

Siggy and ex-husband Mark share two children together and appear to have a very close relationship.

Current husband Michael is a car salesman and has not been seen on RHONJ because Siggy chooses to keep their relationship private. In an interview with All About the Real Housewives, Siggy explained:

Siggy went on to talk about her husband Michael’s ups and downs, stating:

Michael has had many ups and downs in his life and from day one I have been infatuated with his honesty and his character. When I met Michael years ago he was very clear and honest about the loss of his mother, his father being sick, his divorce and the fact that he had to sell his business. He hit rock bottom but I knew he would rebuild himself. I just knew it.

Best part of my life is that I get to sleep with this man!!! There are no guarantees that any relationship is going to work. You must take risks and fall flat on your face. That is called life. It builds character. Stop being afraid. Rejection is protection. My marriage to mark flicker my first husband ended in divorce but I would marry him all over again to have Sophie and Joshua. There is a reason for everything. When my marriage ended I got up and I am not going to lie it was hard but I put myself out there and I found the lid to my pot with michael and thank the lord I took that risk. 10 years and counting. I never settled. I know my worth. Do you know yours??? You have the right to live your life to the fullest. Get rid of the Dan and Debbie Downers bringing you down. Life is too short for that crap. #writeyourownfairytale #amazon 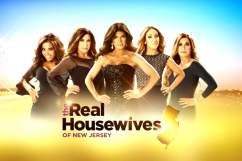