Mr. Robot fans were in for a huge shock at the end of Season 2 Episode 7. But the big reveal also left fans wondering one big question: "Just who is Ray Heyworth?" The next pages are going to have theories and analysis based on Episode 7, so don't read on unless you've watched the episode.

What do we know about Ray before Episode 7? He's a cold-hearted man who will do anything to keep people in line and keep his business running. He first approaches Elliot on a basketball court. He wants Elliot to help him with a computer problem. At first Elliot says no, but Ray gains his trust with the help of his friendly, but increasingly ill, dog. Ray isn't even dissuaded when he finds out that Elliot hears voices. Instead, he compares him to Biblical figures like Moses or Jesus. The two play chess together and he's almost like a therapist to Elliot. Eventually, Elliot agrees to help him, only to uncover a dark secret that almost gets him killed. But all of this isn't enough to let fans know just who Ray really is, especially after finishing Episode 7. Click through the gallery to see spoilers about the latest episode, along with fans' top theories about Ray's real identity. (USA Network) 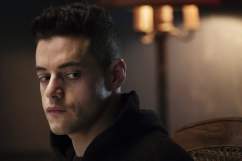 ‘Mr. Robot’ Season 2 Episode 7: All the Memes You Need to See 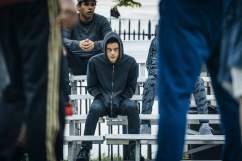 Read More
Mr. Robot, TV
Who is Ray on Mr. Robot? Fans have quite a few theories after finishing Season 2 Episode 7. Read the top ideas and discussions here.