Jyn Erso is the main character in Rogue One: A Star Wars Story. She’s played by Felicity Jones. (YouTube/Disney)

Jyn Erso is the newest hero in the Star Wars universe. She is the main character in Rogue One: A Star Wars Story and played by Oscar-nominee Felicity Jones. An international trailer for Rogue One was released, featuring one huge revelation and possible spoiler about Jyn. The second trailer for Rogue One, released in October, revealed even more details of Jyn’s past and the importance of her father.

Rouge One is set just before Star Wars: A New Hope and centers on the Rebels who stole the plans for the Death Star. Gareth Edwards (Godzilla) directed the movie.

Here’s what we know so far about the character.

1. Jyn Erso’s Father Sent the Message to the Rebellion That the Empire was Building the Death Star

This was the huge news to come out of the international trailer, seen above. Captain Cassian Andor (Diego Luna) tells Jyn that her father, scientist Galen Erso (Mads Mikkelsen), was the person who sent the Rebellion the data about the Empire’s plans to test the Death Star’s superlaser.

Not much is really known about Jyn’s relationship with her father or how exactly he might be connected to the Empire, but Mads Mikkelsen teased flashbacks to Jyn’s childhood.

“I spend a lot of time with [Jones] and she’s a wonderful actress. I play her dad at the time of Felicity and I play her dad when she’s younger, so we jump back and forth in time,” Mikkelsen told The Evening Standard in April.

If it’s true that there will be flashbacks, that means Rogue One will be different in structure from past Star Wars films. Typically, we only see in to the past when a Force-user is having a vision.

Somewhere between her childhood and the point that Rogue One begins, Erso became a loner with a long list of crimes against the Empire. The Rebellion captures her and, despite her past crimes, has her lead a task force to get the Death Star plans.

The second U.S. trailer revealed that Director Orson Krennic (Ben Mendelsohn) will force Galen to work for the Empire, so they can finish building the Death Star. He’s the reason why the Rebellion wants Jyn to lead the mission to steal the Death Star plans.

2. Erso Is an ‘Unlikely Hero,’ Just Like so Many Other ‘Star Wars’ Heroes 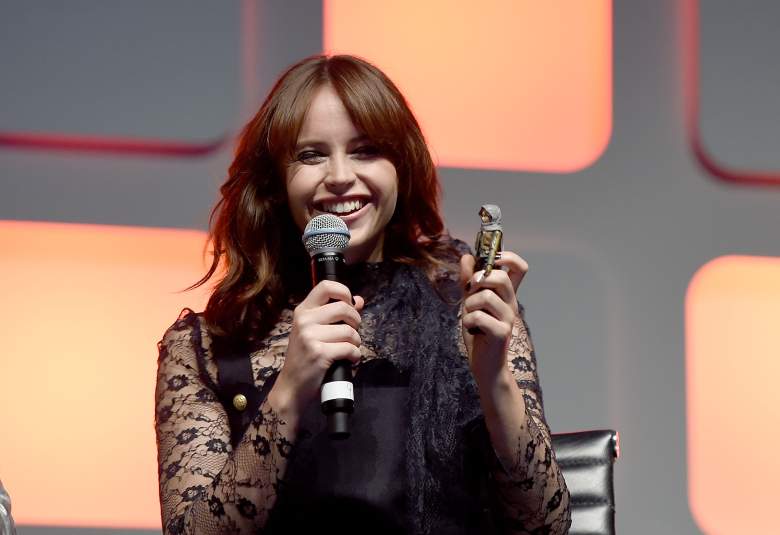 The entire Star Wars universe is filled with characters who should never have become heroes, yet rise to the task when important missions are put before them. Smugglers, farmboys and scavengers don’t seem like typical heroes, but they come through in the end. Erso is joining that long list.

“She is absolutely a very unlikely heroine,” Jones told Entertainment Weekly. “She’s someone on the edges and fringes of society. Physically, she’s smaller than everyone else around her, but… when someone has something they believe in, that’s what powers them, that’s what motivates them, that’s what can give someone enormous strength.”

Of course, Erso is hardly the only woman in a major role in the Rebellion against the Empire. Chandrila Senator Mon Mothma (played by Genevieve O’Reilly, the same actress who played the role in deleted scenes from Revenge of the Sith) is one of the main architects of the Rebellion. There’s also Princess Leia, who as we saw in Star Wars Rebels, is already a leader as a senator in her teens.

“I would say there’s a huge amount of respect for women in the Rebellion. Mon Mothma is ultimately, for Jyn, someone she looks up to,” Jones told EW. “So even as the film opens [Jyn] has a very strong female role model in front of her, and someone she respects.”

3. Her Name Is Eerily Similar to a Character in the Legends Expanded Universe who Also Had a Role in Stealing the Death Star Plans

Jyn Erso’s name sounds very similar to Jan Ors, a character who appeared in the old LucasArts video game Star Wars: Dark Forces. The plot of the 1995 first-person shooter is no longer considered canon and is part of the Expanded Universe timeline before Disney bought Lucasfilm. These stories are also known as “Legends” now.

Dark Forces centered on Kyle Katarn, a mercenary the Rebels hire to capture the Death Star plans. Katarn was recruited by Jan Ors and the two fell in love. Ors continued to play a part in the Legends stories all the way through to the Yuuzhan Vong invasion in the New Jedi Order series.

While the similarities between Erso and Ors might just be coincidence, it wouldn’t be the first time that ideas from the Legends stories eventually became canon. Star Wars: The Clone Wars includes plenty of references to the pre-Disney EU, although The Clone Wars was in production when many of these stories were still canon. 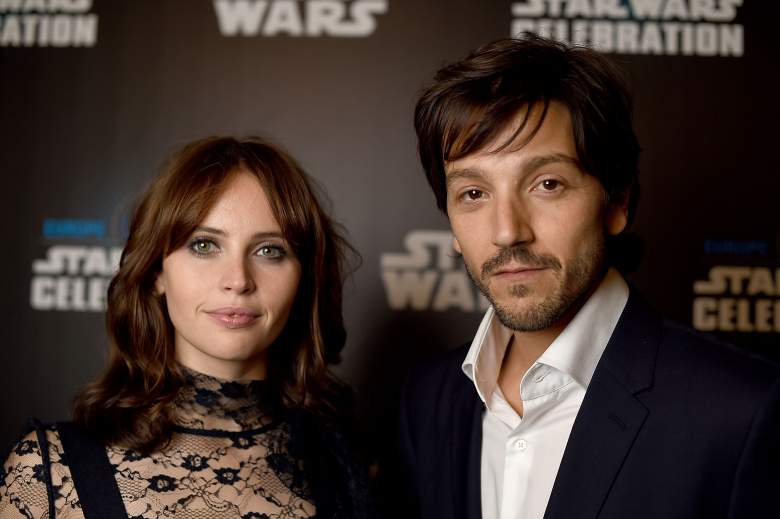 One theory flying out on the Internet earlier this year was that Jyn was Rey’s mother. Rey was played by Daisy Ridley in Star Wars: The Force Awakens and her past, like Jyn’s, is still a mystery.

However, Ridley insisted in an interview with MTV News that this was one theory that is not true.

“I’m not being funny you guys, but just because she’s white and got brown hair… it doesn’t mean she’s my mom,” Ridley said.

5. Jyn Knows All About Her Past, Unlike Rey & Luke

While Jyn is similar to Luke Skywalker and Rey as an unlikely hero, that’s where the similarities end. During the Star Wars Celebration Europe panel on Rogue One, Jones said that Jyn knows all about her past, unlike Luke and Rey. In that sense, she’s more like Han Solo.

“I feel there’s one major difference between Jyn and other Star Wars heroes, Rey and Luke. She’s not a character asking, ‘Who am I and where did I come from?’” Jones said. “She very much… We know that about her. We know where she’s come from, and that fact is what propels the story and is the beginning of Jyn’s journey to find out what her reason is and her cause.”

We will all find out more about Jyn’s past when Rogue One opens on December 16.