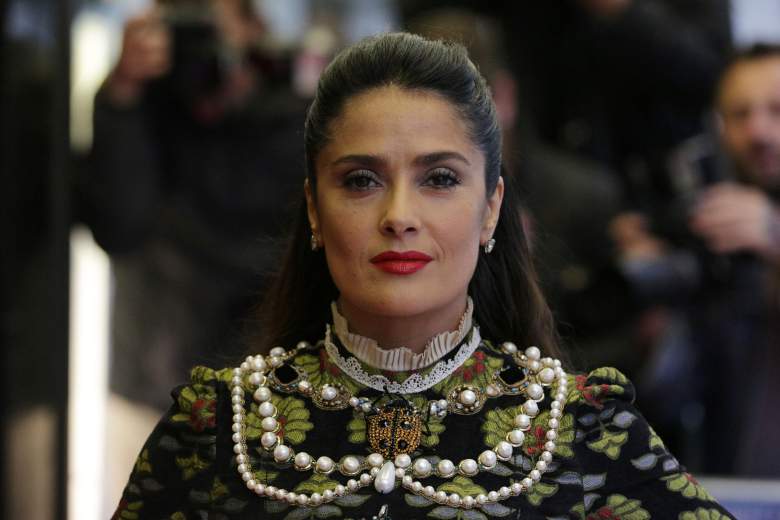 Salma Hayek has an estimated net worth of $85 million. (Getty)

Salma Hayek, 49, is a busy Mexican-born actress and producer. In 2016, she provided the voice of a character in Seth Rogen‘s raunchy R-rated animated movie Sausage Party and appeared in the Cannes movie Tale of Tales. She’s currently working on four more films that will be coming out in 2016 and 2017.

Hayek began her career in telenovelas before eventually earning her breakthrough role in Robert Rodriguez’s 1995 actioner Desperado with Antonio Banderas. She went on appear in that film’s follow-up, Once Upon A Time in Mexico (2003). In 2003, she earned Oscar and Golden Globe nominations for playing artist Frida Khalo in the biopic Frida.

Here’s a look at Hayek’s money, how she’s earned it and what she does with it.

1. Hayek’s Estimated Net Worth is $85 Million, But Her Husband François-Henri Pinault is Worth $12.9 Billion 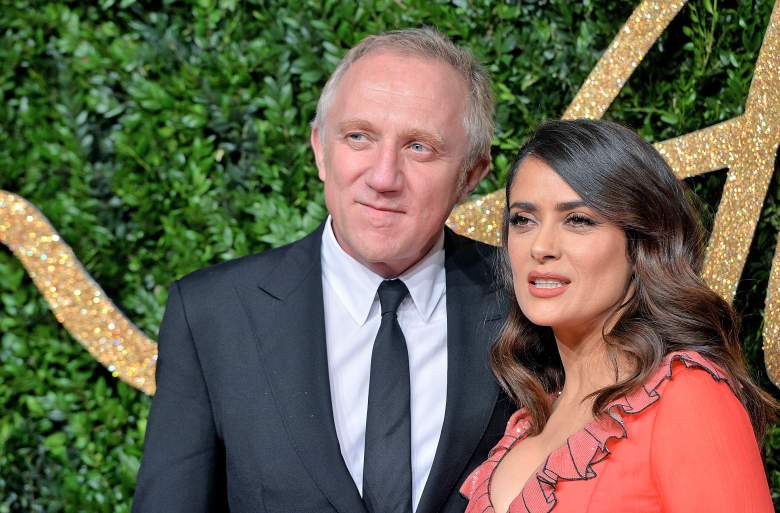 Hayek’s net worth is $85 million, Celebrity Net Worth estimates. That’s certainly not peanuts, but it is when compared to the wealth of her husband. Forbes estimates that François-Henri Pinault and his family are worth $12.9 billion, as of August 2016.

Hayek and Pinault have been married since 2009. Pinault is the CEO of Kering, a luxury retail company that distributes brands like Alexander McQueen, Saint Laurent Paris, Gucci, Puma and others around the world. Pinault also owns the world famous auction house Christie’s through his holding company Groupe Artemis. 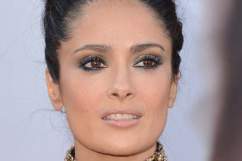 2. Hayek Thought About Not Working After Giving Birth, but Pinault Wanted Her to 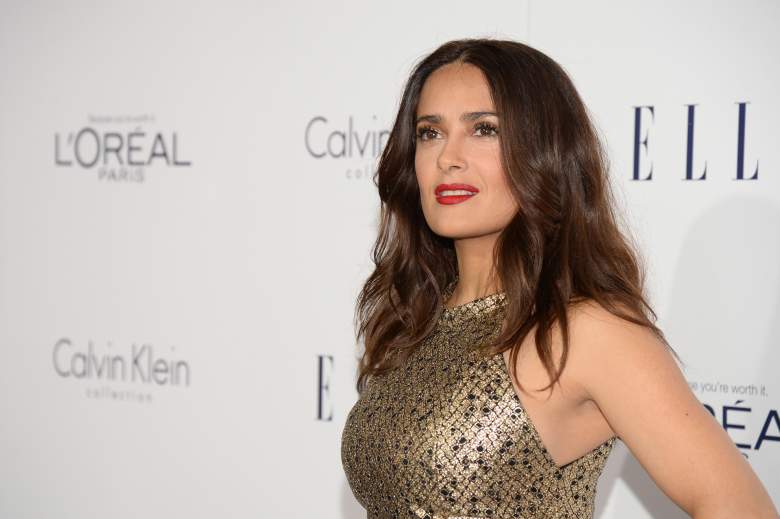 Salma Hayek at the 22nd Annual ELLE Women In Hollywood Awards in 2015. (Getty)

Before Pinault and Hayek were married, the couple welcomed daughter Valentina Paloma Pinault in 2007. Although she didn’t appear in any films in 2008, she didn’t pause her career for much longer. In 2009, she starred in Cirque du Freak: The Vampire’s Assistant and in the Adam Sandler comedy Grown Ups the following year.

In an Allure interview, Hayek explained that Pinault didn’t want her to take too much time off. She agreed and figured out that he was right about working. She said:

I said, ‘I don’t think I want to work anymore.’ And it was François who said, ‘Oh, no, you’re going back to work.’ And I said, ‘I don’t want to.’ ‘Well, you have to. We’re not putting up with some lazy girl in the house. That’s not who I married.’ And then he said something so beautiful,” she goes on. “‘I don’t want to be deprived of your work. I want to watch it, too. And the world has not seen the best of you yet. So you cannot stop until some of that is put out.’ So he sort of really pushed me, like, ‘Get up on your feet and get out there.’ And he was right.

3. Her Highest-Grossing Movie Is ‘Grown Ups’ with $162 Million 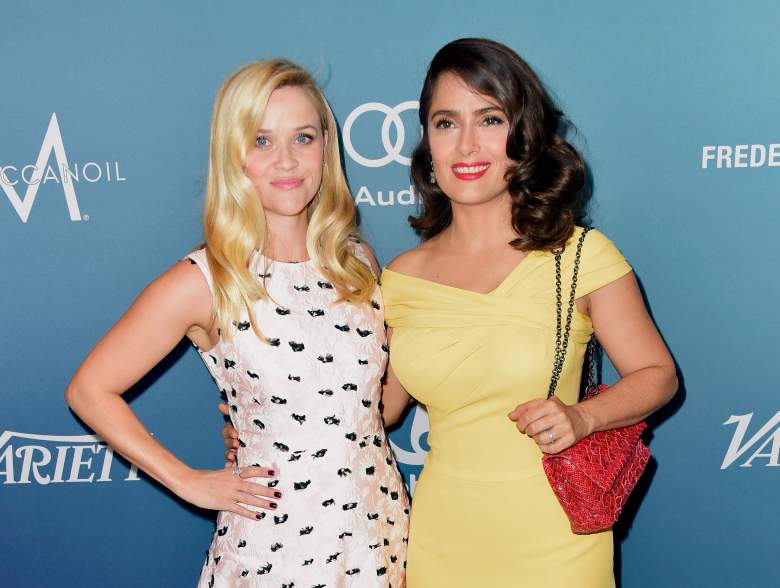 Salma Hayek and Reese Witherspoon at Variety’s Power Of Women Luncheon in 2015. (Getty)

Hayek has made her share of action movies, but she surprisingly doesn’t have many blockbusters on her resume. According to Box Office Mojo, she only has four movies that made over $100 million in the U.S. One of them is the infamous Wild Wild West movie with Will Smith, which somehow made $113.8 million in 1999.

Two of Hayek’s four $100 million-plus movies are Grown Ups (2010) and is 2013 sequel. The first film made $162 million in the U.S., while the follow-up took in $133 million. The second-highest grossing film in Hayek’s career is the DreamWorks Shrek spin-off Puss in Boots (2011), which co-starred Banderes. That film made $149.3 million domestically and $405.7 million internationally.

Grown Ups was the first time Hayek included “Pinault” in her credit. She told Colider that Valentina really did have something to do with that.

At the beginning of the film, she was very little. My chair said “Salma Hayek.” She said, “What does it say there?” I said, “Salma Hayek,” and she said, “Where is Pinault?,” because her last name is Pinault. In France, my husband is much more famous than me, so everybody calls me Madame Pinault, and she’s much more used to that. I realized that she felt left out. And, I also have two children that I inherited from his previous marriage. I like it. It just brings the family together. 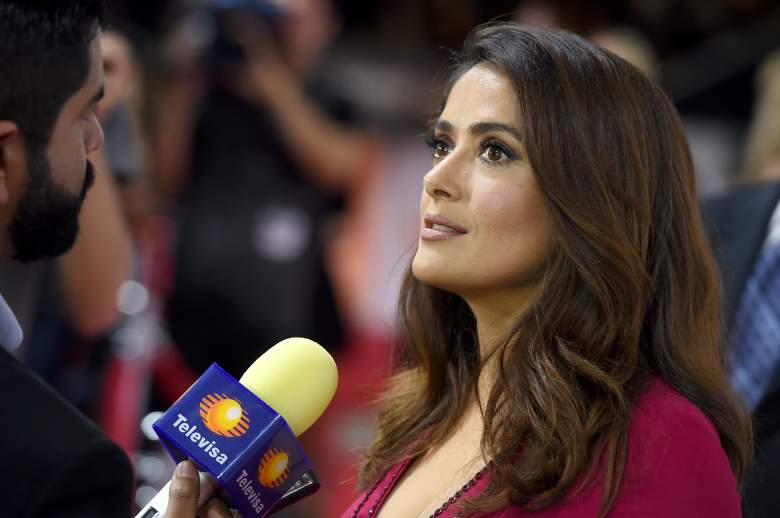 Salma Hayek at the 2015 Toronto International Film Festival. Her film Septembers of Shiraz screened at the festival. (Getty)

One of Hayek’s chosen causes is raising awareness of domestic violence and helping treating women who are victimized by it. In February 2006, she donated $25,000 to a shelter in Coatzacoalcos, Veracruz, where she was born. She also donated $50,000 to anti-domestic violence groups in Monterrey.

In 2013, she met with United Nations leaders and delivered a speech during the Avon Communications Awards about how they need to address the issue.

When Avon picked Hayek to be a spokeswomen, she was given permission to help them launch the Avon Foundation. Even though she’s no longer a brand spokeswoman, she still works for the foundation. One of the foundation’s programs is Speak Out Against Domestic Violence.

Hayek has also spoken out about the gender-pay gap in Hollywood, although she told Reuters last year that it is an issue in every industry. “If you have the same capacities and you are doing the same job, it is criminal not to pay the same salary,” she said. 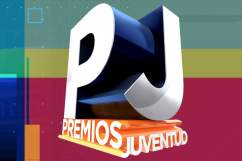 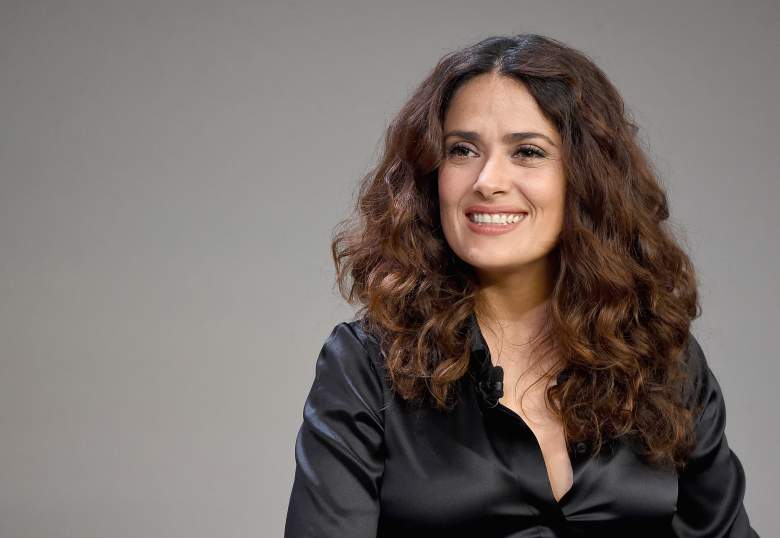 Hayek also runs her own production company, which was behind the hit ABC show Ugly Betty. (Getty)

In July 2015, Variety reported that Hayek put her residence in Los Angeles’ Outpost Estates neighborhood up for rent. She asked for $9,750 a month to live in the 2,874-square-foot home with four bedrooms and three bathrooms. She bought the home for $537,500 in 1996, Variety reported.

Hayek also has a ranch near Yelm, Washington. Last year, her dog Mozart was shot and killed there.

In 2014, Hayek and Pinault moved from Paris to London to avoid a supertax introduced by the French government. According to the Daily Mail, Hayek said that the move wasn’t entirely motivated by taxes, but will help her career.

“I want to clarify, it’s not for tax purposes. We are still paying taxes here in France,” Hayek told The Times Magazine in 2014. “We think that London has a lot more to offer than just a better tax situation. François thinks London is very cosmopolitan. I think it will be good for my career too.” 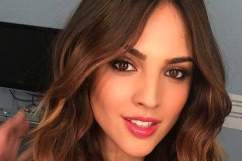