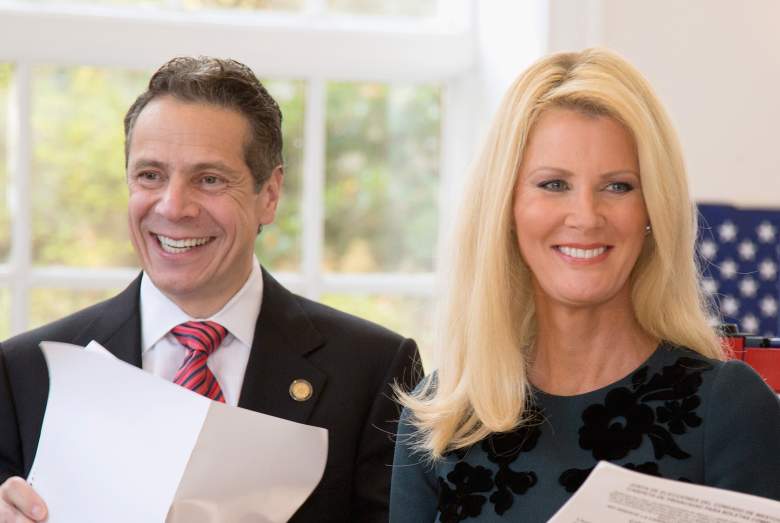 Sandra Lee and New York Governor Andrew Cuomo have been together since 2005. (Getty)

Celebrity chef Sandra Lee and New York Governor Andrew Cuomo have been dating since 2005. Lee, who survived a battle with breast cancer in 2015, is a member of the extended Good Morning America family as a regular food contributor. She’s also a Food Network star and gained fame for her “Semi-Homemade” cooking, where she mixes pre-packaged products with fresh food.

Although Lee and Cuomo are not married, the two are both divorced. Lee was married to KB Home CEO Bruce Karatz from 2001-2005, while Cuomo was married to Kerry Kennedy from 1990-2005. Cuomo and Kennedy have three daughters, Cara, Mariah, and Michaela.

Here is a look at Cuomo and Lee’s relationship.

1. The Couple Was Introduced at a Hamptons Cocktail Party by a Former Cuomo Aide 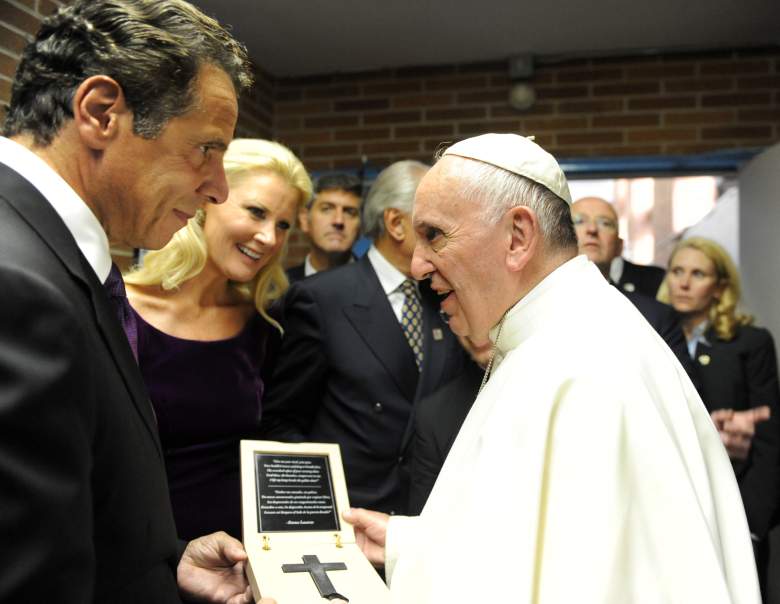 Cuomo and Lee met in the summer of 2005, just after his marriage to Kennedy ended and two years after his 2002 campaign for New York governor failed. The New York Times reports that they met at a Hamptons cocktail party and were introduced by Alexandra Stanton, a former aide of Cuomo’s.

“I remember her being — I don’t want to say infatuated, because it sounds too schoolgirlish — but she was taken with him,” Colleen Schmidt, a friend of Lee’s, told the Times in 2010.

Since then, Lee and Cuomo have been together, with Lee even caring for Cuomo’s children like they were her own. In addition to the governor’s mansion in Albany, they live in a $1.2 million Westchester home Lee owns. Many of Lee’s Food Network shows were filmed at the home.

“My house, Lily Pond, is a beautiful, three-acre property with everything I need,” Lee told the New York Observer in 2014. “God bless Andrew for letting me shoot all this stuff at the house!” 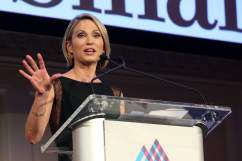 2. They Haven’t Gotten Married Yet, but They Will ‘Some Day’

Cuomo and Lee are in no rush to get married, although they plan to eventually.

“We’ll get married some day. It’s been nine years,” Lee told the New York Observer in November 2014. “We talk about it. It’s not like we don’t know we’re going to do it.”

There was a rumor published by Page Six in January 2015 that they were secretly married after Cuomo referred to Lee as one of his father’s “daughters-in-law” at his father’s funeral.

Obviously, that didn’t mean that they are married. In the above appearance on The Wendy Williams Show in April 2015, Lee did her best to get the host to stop talking about wedding plans. Williams joked about rumors that Cuomo would run for President and said that she wants her President to be married. “I can’t hear that,” Lee said as she used a mixer. 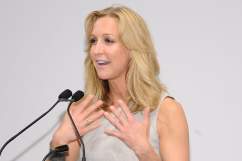 3. Lee Calls Cuomo ‘Loyal & Dedicated’ & Is ‘Happy’ Being a Girlfriend 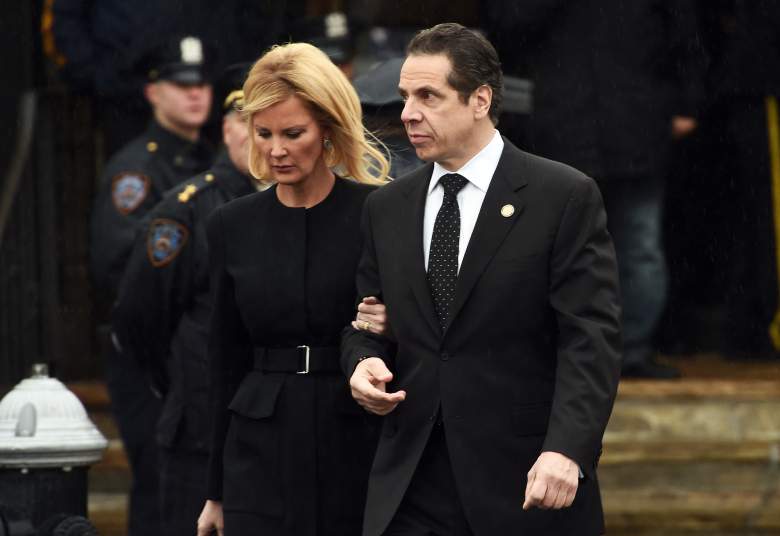 Cuomo and Lee at the wake of Police Officer Wenjian Liu, who was killed in Brooklyn in January 2015. (Getty)

In a 2011 interview with Vogue, she insisted that Cuomo is a “good one” and “loyal and dedicated.” When asked about the extramarital affairs of a previous New York Governor, Lee said she doesn’t have to worry about that.

As for marriage, she told Vogue:

Well, I did it once… and as I was walking up the aisle I remember thinking, It’s not too late to run. Right now I’m happy being a girlfriend, but someday Andrew and I will get there. When his kids say we need to, we will.

4. Lee’s Battle With Breast Cancer Inspired Cuomo, Who Proposed a $90 Million Program to Expand Breast Cancer Screening in the State 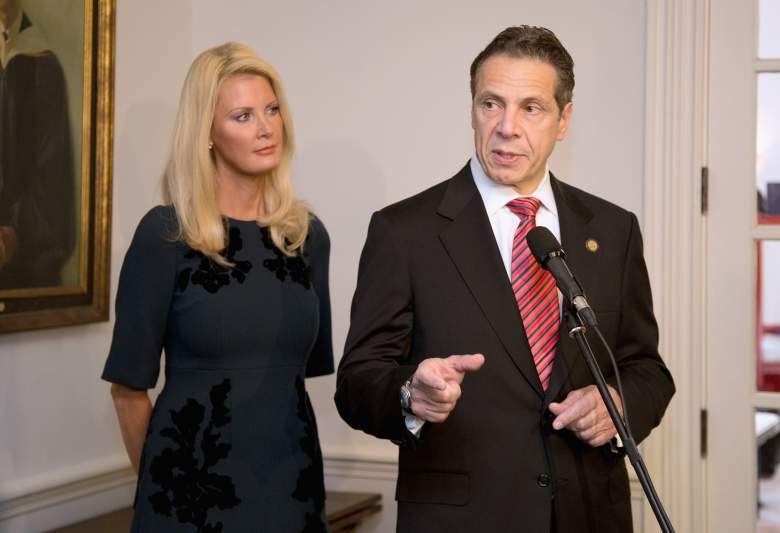 In May 2015, Lee announced that she was diagnosed with breast cancer. She had a double mastectomy and, a year later, she had her final reconstructive surgery. While on Good Morning America in September 2015, she revealed that she was cancer free.

Cuomo mentioned Lee’s battle in his 2016 State of the State address, noting that her fight inspired three of his staffers to get screenings. All three were diagnosed with breast cancer and said that if it hadn’t been for Lee, they wouldn’t have gone.

Cuomo said then announced a plan to make New York “the most aggressive breast cancer screening operation in this country.”

Early detection is the best treatment. Early detection is the best treatment. I propose $90 million to make New York where we have the most aggressive breast cancer screening operation in this country. Mobile unites that can get to women, longer hours for clinics, weekend hours for clinics. DFS making sure insurance companies are willing to pay for the screening. These are our wives, our daughters, our sisters.

5. Lee & Cuomo Share a Love for Motorcycles & Did a Charity Ride With Billy Joel in June 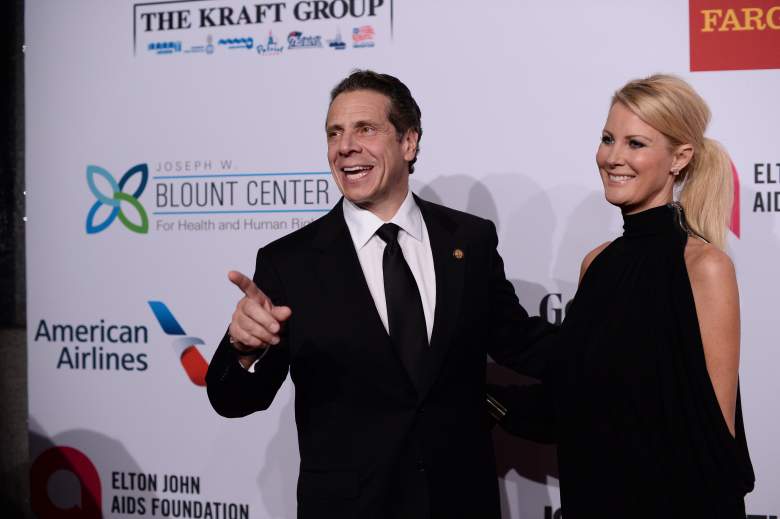 Lee and Cuomo were joined by singer and fellow motorcycle enthusiast Billy Joel for the Motorcycle Rife for Breast Cancer in June. It was a statewide event and Cuomo, Lee and Joel rode from Kings Park to New Paltz.

“A new piece of legislation that we’re signing this year is going to make it a lot easier for women to get screened. It can save lives,” Cuomo told Fox 5 NY.

“It’s a family affair when you have breast cancer or any kind of cancer. I think this is something Andrew really likes to do and we like to do,” Lee added.

The new legislation was signed into law on June 27.