Santa Auzina is a 30-year-old model who Dennis Quaid is dating. The actor, who has already been married and divorced three times, has been seen in photos posted on the French-Canadian model’s Instagram page in the past month.

Quaid and Auzina were seen together at the 2016 MIPCOM Opening Ceremony red carpet in Cannes, France, confirming that the two are an item. As of 2017, the couple are still together.

Here’s a look at Auzina’s life and Quaid’s relationship with her.

1. Auzina Is a French-Canadian Model Who Appeared in a Toilet Paper Commerical

According to her Fashion Model Directory profile, Auzina has been appearing in fashion shows and on magazine covers since at least 2004. She’s represented by modeling agencies in Toronto, Cape Town, New York, Munich and Italy.

She has also appeared in advertisements for Esprit and Lancel. She also starred in a French commercial for the Canadian toiler paper brand Cashmere, as seen above.

2. Quaid & Auzina Were First Spotted Together Publicly at the Atwater Cocktail Club

In July, Quaid and Auzina first sparked romance rumors when they were seen together at the Atwater Cocktail Club in Montreal. “Everything matches with pink. Nice to have Dennis Quaid at ACC tonight,” the club wrote in the caption to the above Instagram photo.

Quaid went missing from Auzina’s Isntagram page for a few days before he reappeared in a photo she posted from a concert in Montreal. The last three photos she has posted all include Quaid in Montreal. Quaid himself does not have a public social media presence.

The first woman Quaid publicly dated after his divorce from Meg Ryan in 2000 was Shanna Moakler, a former Miss USA who also appeared in Playboy. Moakler also has a daughter, Atiana Cecilia De La Hoya, from her relationship with boxer Oscar De La Hoya. She was also married to drummer Travis Barker from 2004 to 2008.

Her relationship with Quaid lasted eight months in 2001 and 2002. She told Extra in 2001 that they were in a “monogamous relationship, we’re happy.”

4. Quaid’s Relationship With Auzina Began Just Weeks After He & Wife Kimberly Announced Plans to Get a Divorce 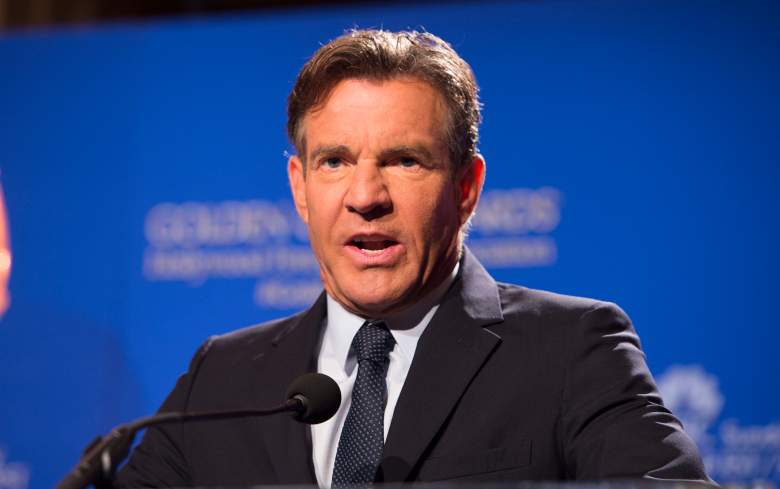 In 2004, Quaid married for a third time, tying the knot with Kimberly Buffington. The couple have twins, Thomas Boone and Zoe Grace, who were born in November 2007. In March 2012, Buffington filed for divorce, but she withdrew the filing a month later. But in October 2015, Buffington again filed for separation and sought sole physical custody of their twins.

Buffington filed for divorce again in June, TMZ reported. They said in a statement to the site:

After careful consideration, we have decided to end our 12 year marriage. The decision was made amicably and with mutual respect toward one another… We will always remain great friends and devoted partners in raising our children.

TMZ reported that their assets were already split between the two and they will share custody of their kids.

5. Quaid Met Auzina While Filming ‘The Art of More’ in Canada

Santa Auzina and Dennis Quaid at the Atwater Cocktail Club in Montreal. (Instagram)

Quaid has been in Canada filming The Art of More a series that airs on Sony’s Crackle streaming platform. The show also stars Kate Bosworth, Christian Cooke and Cary Elwes and centers on stolen art.

In December 2015, the show was picked up for a second season. 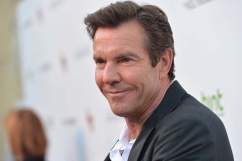 Read More
5 Fast Facts, Dennis Quaid
Santa Auzina is a 30-year-old model who has been spotted with actor Dennis Quad, who is over 30 years older than she is.