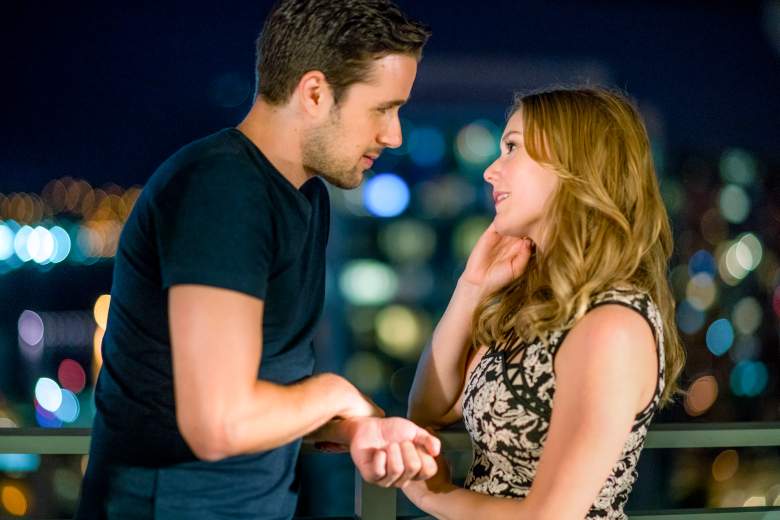 Thirteen is definitely Hallmark fans’ lucky number when it comes to the Hallmark summer movie that first aired on August 13, 2016. Summer in the City is the perfect blend of wit and romance, featuring a strong female lead and a compelling story. We have a recap and review of the movie right here, along with an interview with the movie’s writer, Gary Goldstein. This article contains spoilers, so read it after you’ve watched Summer in the City.

Here’s what you need to know. (Note: This article has spoilers.) 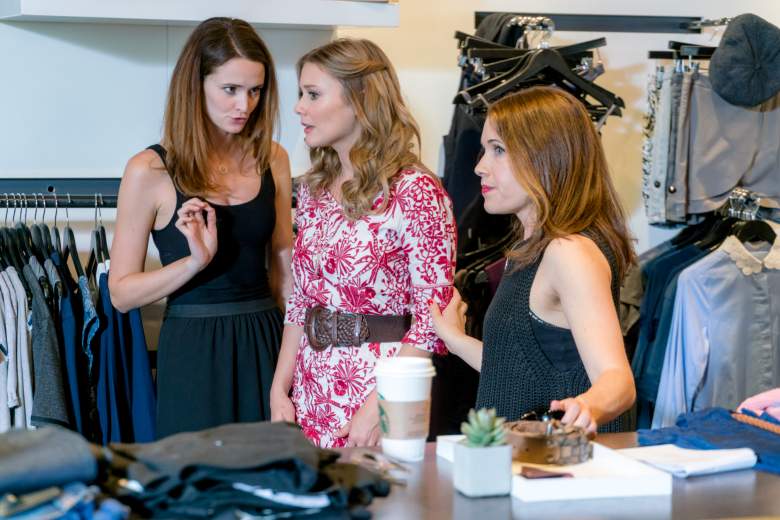 Summer in the City’s female lead, Taylor McCall (Julianna Guill), is managing a retail clothing store in a small town when she’s discovered by Alyssa Shaw (Vivica A. Fox), the owner of A-Line, one of the trendiest boutiques in Manhattan. Taylor gets the chance to realize her life’s dream by leaving her small town and moving to New York City, where she can manage the store.

Gary Goldstein wrote Summer in the City, his thirteenth movie produced by the Hallmark channel. He told Heavy: “This is the traditional story in reverse. Many of these movies are about the small town girl who goes to the big city, then comes back to the small town and has to reconnect. This movie was the reverse… It’s all about keeping true to yourself. The big city may be daunting, but people are just people.”

Taylor’s excited to be going to New York, but once she arrives, her dreams of glamour are quickly hit by reality. The city isn’t easy to get used to. She suffers a lot of sleepless nights and some moments of homesickness, despite reaching one of her big dreams.

“I responded to Taylor’s situation because I was from New York when I came to LA,” Goldstein told Heavy. “I first came to LA for a job. I always wanted to live in LA and my family was really supportive. But as soon as I got here, I had that fish out of water feeling. It took me a while to get into the rhythm of a completely new city…”

I was able to infuse Taylor’s character with a lot of that blind optimism and then, ‘Wait a second, what have I gotten myself into?'”

Taylor’s transition to New York certainly isn’t easy. The two store employees aren’t thrilled to see her because they both wanted to be made manager.  And Alyssa has some pretty big requirements that Taylor’s going to have to meet if A-Line has any chance of staying in business as a trendy, upscale boutique store.

Goldstein Wrote Taylor To Be a Strong, Independent Woman 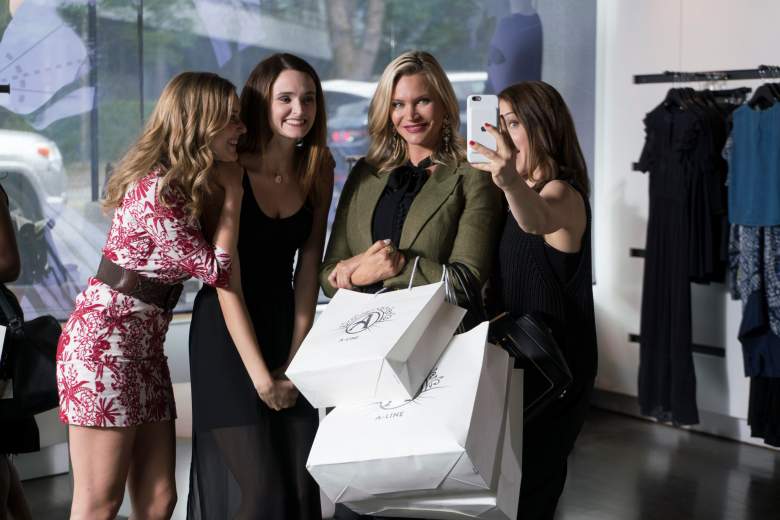 Taylor has to live in a small, cramped apartment with a co-worker who doesn’t like her very much (at first.) While she’s looking for a new home, she meets Philip (Mark Bendavid), a handsome realtor. Philip’s immediately smitten by Taylor and pursues a romantic relationship with her. But Taylor’s career is of utmost importance to her, and she makes sure Philip knows that for now, all she can think about is a friendship.

“Taylor was plucky, and she wasn’t just going to let some cute guy get in the way of her mission. She was responsible and knew what she had to do… The independence with this character was something that I really liked. And she definitely evolved. Juliana brought this great warmth, spirit, and strength to Taylor’s character that really hammered it home.

Taylor’s insistence that she and Philip just be friends doesn’t stop them from building a deep friendship, laced with attraction. They visit a lot of famous sites in New York City, experience great food together, and go on fun excursions that build a foundation of chemistry, respect, and friendship.

A big theme to the movie is being true to yourself, being honest, and grabbing opportunities as they come. Taylor puts her foot in her mouth when she’s first around Alyssa, but that’s actually a good thing. Goldstein explained:

How Taylor deals with Alyssa, that first time she mouths off a little and it flies out of her mouth. But it’s a moment where they start respecting her. Suddenly everyone starts looking at her a little different. She has a spine and that’s what we need. That’s why you’re here, because you’re honest and smart.”

Taylor begins to find her place in Manhattan and at A-Line. She comes up with a few ideas that help the store grow. Her two employees notice handsome Philip take an interest in Taylor and start thinking that maybe they judged her too quickly. They slowly begin to realize that Taylor has some really good ideas and is able to think outside the box. When a famous actress is so impressed by Taylor’s salesmanship that she goes on a huge shopping spree at A-Line, everyone realizes that Taylor has a unique recipe for success. 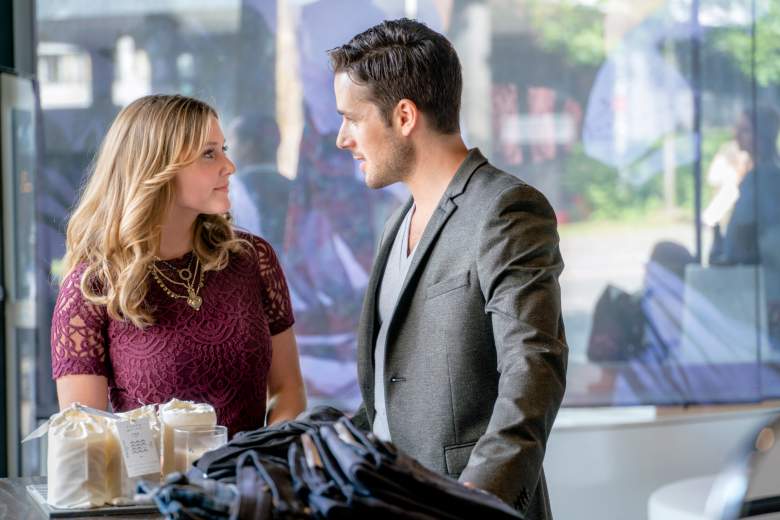 Meanwhile, Philip and Taylor are growing closer. Philip helps Taylor find an apartment that she will sublet from an older woman. When the woman interviews Taylor, Philip says: “She’s your girl.” The woman says to Philip, “Sounds like she’s your girl.”

Goldstein loved this moment in the movie.

That moment, where you think he’s trying to be a salesman, but he’s saying what he really feels about her. It’s a really sweet moment.”

In fact, many of the moments between Taylor and Philip felt truly authentic. Philip was smitten with Taylor from the beginning, but Taylor was slower to warm up to him because of a really bad experience she had in the past with an almost-fiance. The dialogue between the two characters throughout the movie, as they dance on that “will they/won’t they” line, rings true and genuine.

Goldstein explained that when something so difficult happens to someone like Taylor at a younger age, “it can have a kind of paralyzing effect on somebody.”

And that’s where Philip comes in, Goldstein explained:

Somebody has to come into your life to defrost you and get you back on the romantic track. Philip’s that for Taylor when he said, ‘I’ve had my share of relationships that failed too, but that’s only made me want to find one even more.’ They’re the yin and yang of characters.”

Things seem to be starting to fall into place for Taylor, and she’s encouraging Philip to pursue his dream of starting a food truck business. He and Taylor learn a lot about each other. He’s teaching Taylor to “seize the day” and be bolder, while always remaining true to herself. He teaches her how to live as a New Yorker, including how to hail a cab. And Taylor is teaching Philip to be true to his own dreams too and not just fall into the path his parents want him to take as a realtor. He tells his parents that he’s leaving the business, but they aren’t too happy about that idea.

But Then Things Don’t Go So Well With A-Line 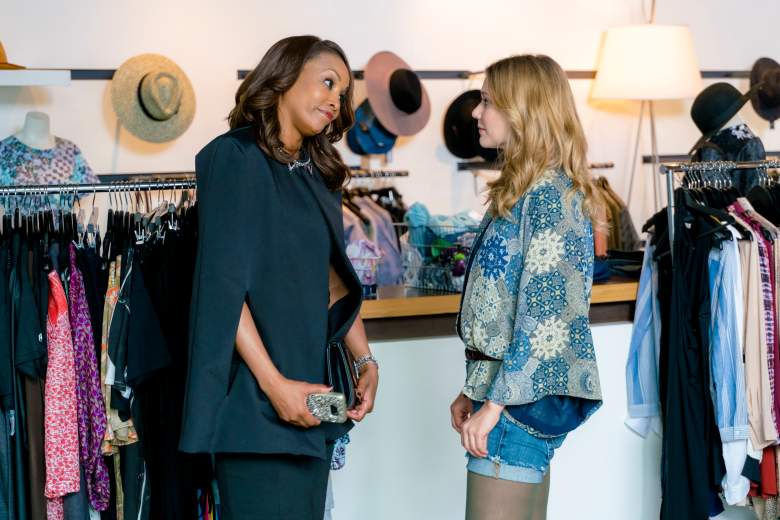 Meanwhile, Taylor has to increase A-Line’s sales by double digits in order to keep her job. She also must meet a really tough sales goal in order to ensure that A-Line remains a high-end boutique instead of being pushed into being a mass market brand. She comes up with a really creative idea. She finds some of Alyssa’s old fashion designs and breathes new life into them, getting them made into a new fashion line that the store can launch for increased sales.

When Alyssa finds out, she’s livid. She tells Taylor that she “betrayed” her. Humiliated, Taylor quits her job and returns to Ohio. She won’t return Philip’s calls. She’s done.

This is a turning point in Taylor’s life. And how many times have the viewers been there themselves? We’ve all had moments like this, when we think things are heading in one direction and suddenly everything seems like it’s going to fall apart.

But it’s not the end of Taylor’s story.

Remember that famous actress that Taylor impressed? She takes another trip to A-Line, sees Alyssa’s designs, and falls in love with them. Alyssa makes a beeline for Ohio, where she convinces Taylor to return as long as she promises to be Alyssa’s partner.

“When we were creating Alyssa’s character, we had to find the right tone,” Goldstein recalled. “She was strong and a little daunting, but at the same time, had a point of access to her. The important scene with Alyssa is when she explains her own life to Taylor, how she was in love with somebody who didn’t give her confidence and that’s why she got into selling clothes instead of designing clothes.”

There are a few more bumps in the road, where Taylor has to convince Alyssa to stay true to herself. But she’s ready to fight for what she believes in and encourages Alyssa to do the same.

In the end, Taylor gets the job and she gets the man. Her summer in the city has a perfect ending. 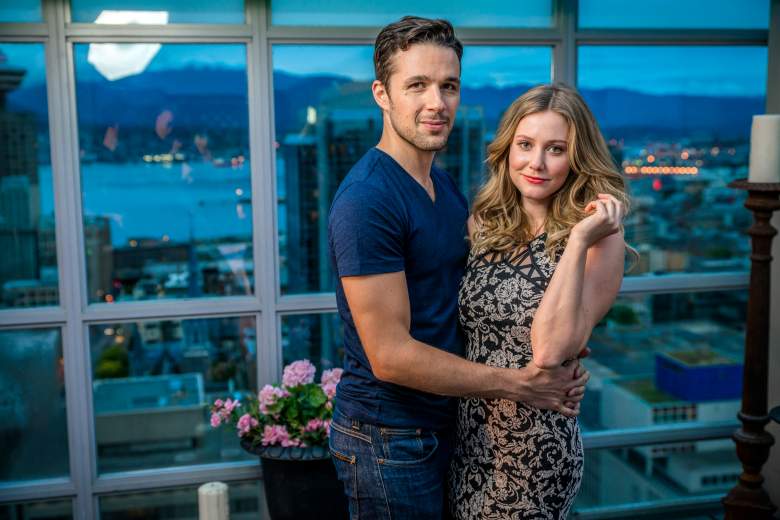 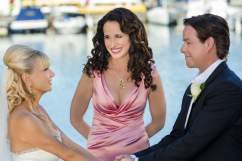 When Does ‘Cedar Cove’ Return?