Tonight, Ty Dollar Sign will be gracing the stage at the 2016 VMAs. The American rapper and record producer hails from LA, and first gained recognition after his appearance on YGs Toot It and Boot It. But with his success in the music biz, has Ty had any time for a girlfriend? Does he have a special someone?

In an interview with Hot 97 in late June, Ty revealed that he does, in fact, have a girlfriend. Who is it? What’s she do? There’s limited information on the mystery woman. What we know is that her name is Alicia, and Ty is unequivocally in love with her. When Nessa Nitty pushes him to discuss his private life, Ty says, “I got a girl that I love, her name is Alicia.” When asked who Alicia is, he responds with, “This beautiful chick, she’s like, badder than all the other chicks I ever had. She’s fire.” Ty is finally asked if he’s in love, and he says, “yeah” he is. Nitty goes crazy after this, and congratulates Ty, saying she’d proud of him. 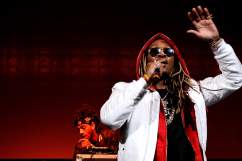 Future, VMAs Performer 2016: Meet the Mothers Of His Children

Ty Dolla Sign, who’s best known for his hit singles Paranoid, Or Nah, and Blase, is a songwriter who wrote the hooks for Chris Brown’s Loyal and Four Five Seconds. He comes from South Central LA, but did a short stint in New York where he worked for Sony Studios before moving back to LA. Ty’s prized possession is his ten-year-old daughter, Jailynn, who recently graduated from elementary school. When discussing his work with Fifth Harmony, Ty mentioned how his daughter is a fan of the all-girl group. He told Hollywood Life, “My daughter loves them. She put me on to their first album. It’s cool to do a song that might be played in my daughter’s playlist.” Ty doesn’t often discuss Jailynn’s mom, though he has revealed that he was once in love with her. He told Noisey, “The first time I fell in love was with my daughter’s mom. That was when I was 18 or 19. It lasted for a couple years, and then it didn’t work.” Although he and Jailynn’s mother aren’t together, they have remained on good terms. According to Spin, he’s able to remain in contact with Jailynn through Facetime, and she even has an iPhone she uses to listen to some of his music.

In May, Ty Dolla Sign was briefly linked to Kylie Jenner after she split with Tyga. According to Hollywood Life, the two were caught kissing at a party just hours after she and Tyga had broken it off. Upon being seen together, Media Take Out reported, “No one is supposed to know because Ty has a girlfriend. But he and Kylie have been low-key seeing each other for a while. They were in the VIP area where no cameras were allowed.” Whether or not he ever had feelings for Kylie seems to be irrelevant these days– Ty seems happy and content with his new girl, Alicia. 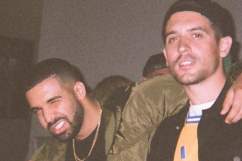