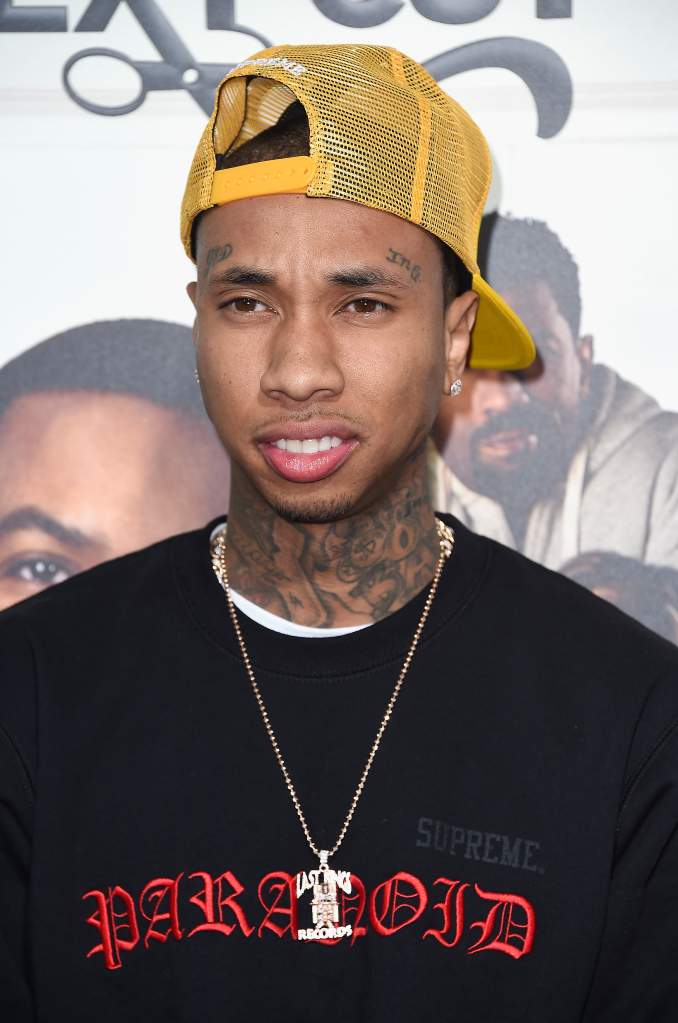 Tyga, born Michael Ray Stevenson, is a prominent rapper in the industry. The 26-year-old was born and raised in Calabasas, California, and gained even more fame after being linked to Keeping Up With the Kardashians’ Kylie Jenner. But just how much is the rapper worth? Has his career helped him rake in more money?

Read on to learn about Tyga’s net worth. 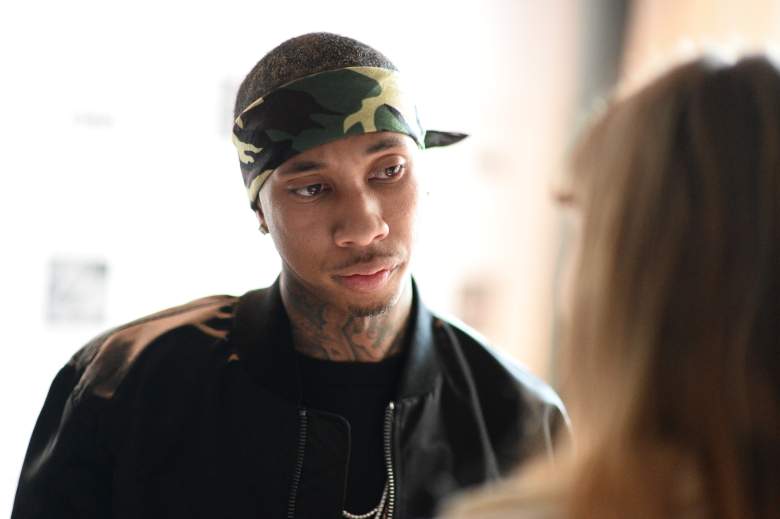 Tyga has an estimated net worth of $2 million. (Getty)

Tyga’s net worth comes in at $2 million, according to an estimate by Celebrity Net Worth.

Stevenson was born in Compton, California, and was raised there before moving to Gardena, California, around age 12. He is of Vietnamese and Jamaican descent, and expressed an interest in music from an early age. His stage name, Tyga, is an acronym for ‘Thank You God Always’. The rapper’s first independent album was released by Decaydance Records in June 2008. His first official single, ‘Far Away’ peaked at 86 on the Billboard Hot 100, and was released in May 2011. His fourth single, ‘Faded’, was released the following year, and flew to 33 on the Hot 100.

In 2014, Young Money Entertainment released Tyga’s next album, but the Cali native said they withheld some of his music and that he had intentions to leak the album as payback.

2. He Does Not Own a $6.5 Million Mansion in Calabasas

In 2012, Rap Up posted an article saying that Tyga had purchased a $6.5 million mansion with 7 bedrooms, 8 baths, a movie theater, pool, spa, waterfall, sports, and gym. But it turns out Tyga didn’t own the house– he rented it, according to Celebrity Net Worth. “Tyga has lived in several mansions in Calabasas, California, but they were rented. Tyga has also not exactly been an ideal tenant in some of these houses.” The site goes on to say that the rap star failed to pay one of his landlords $80,000 in rent. The following year, he neglected to pay $50,000 worth of rent at another rented house. 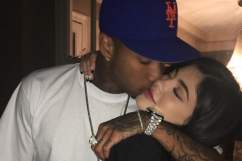 Tyga and Kylie: The Photos You Need to See 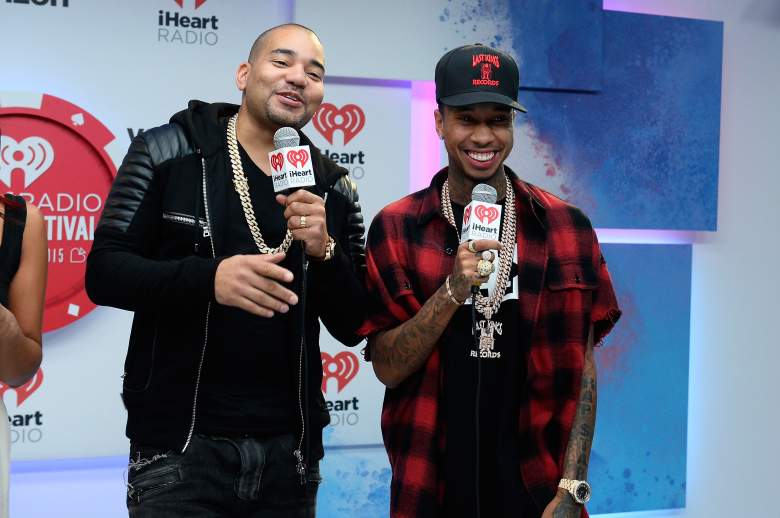 In 2008, unknown assailants robbed Tyga and took a pair of diamond chains. According to Baller Status, “It was previously thought that 40 Glocc, and/or his associates, took the 18-year-old rapper’s jewelry after 40’s camp upped a video themselves displaying two of Tyga’s jewelry pieces.” However, Tyga said that wasn’t the case, and  40 Glocc wasn’t behind the robberty. He claimed that 40 Glocc’s people robbed the guys who took Tyga’s chains. Eventually, the jewelry was returned.

In 2015, People reported that Tyga gave Kylie a white sports car for her 18th birthday. “The lavish car was even decked out like a present with a big red bow.” According to the news outlet, the gift was a Ferrari 482 Italia, and it cost $320,000.

Hollywood Life wrote, “Kylie had her hand over her chest, clearly stunned by the gift. Tyga beamed as he looked at his birthday girl.”

A month after the gift was given, Radar wrote an article claiming that the car Tyga bought Kylie was actually leased by the birthday girl herself. “…Tyga is so broke that he can’t afford to actually buy his teenage girlfriend the very dream car he’s been passing off as his own present.” 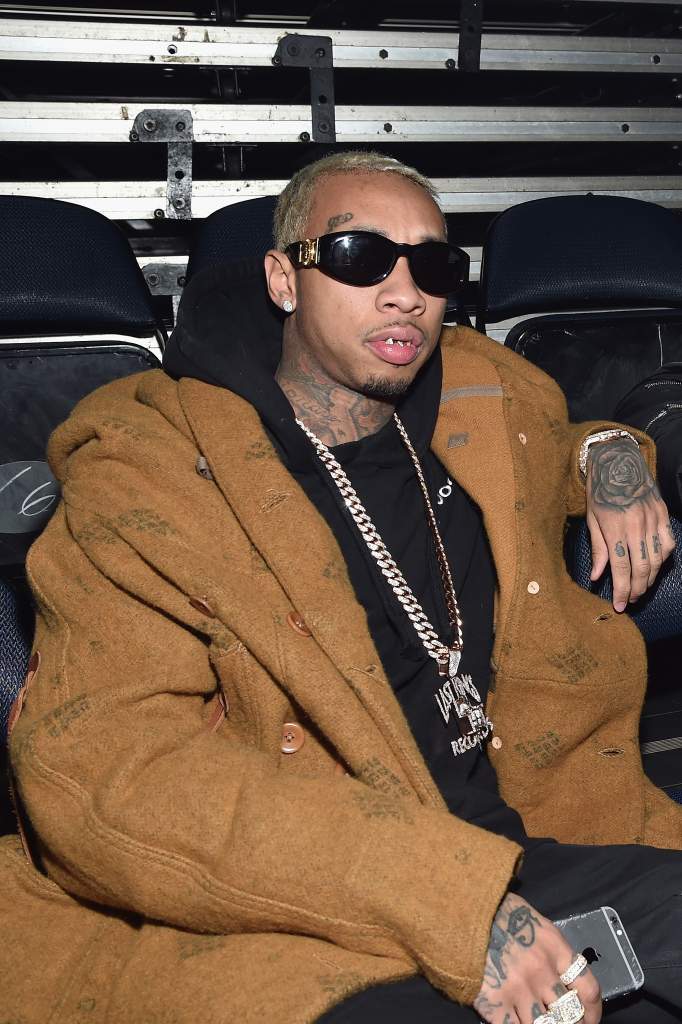 The rap superstar is of Vietnamese and Jamaican descent. (Getty)

Unfortunately, it seems Tyga isn’t bringing in much dough from his past successes. Starcasm reports, “Tyga’s primary problem, then, appears to be spending like it’s five years ago, but earning like he’s still getting fat royalty checks.” In 2014, the ‘Rack City’ singer was making up to $50k per performance, but that income seems to have been spent, as well. As a result of his financial struggles, Starcasm claimed that the only reason he dated and then moved in with Kylie was for “free rent”. 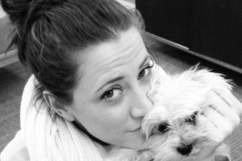