Antwon Jackson was discovered by the Wendy Williams Show when she moved to NYC and his career skyrocketed from there. (Instagram/antwonljackson)

According to Fameolous, Wendy Williams’ longtime wig make and hairstylist Antwon Jackson has died at the age of 44. BET notes that no one from Jackson’s camp has confirmed his death, but people in the entertainment industry are already expressing their condolences.

Jackson has also worked with Iman, Star Jones, and Christina Millian, Sherri Shepherd, and on other TV shows.

According to BET, Jackson just celebrated his 44th birthday on August 7.

The cause of death is unknown. In terms of his health, SandraRose.com claims he was diagnosed with lupus.

Find out more about the hairstylist below. 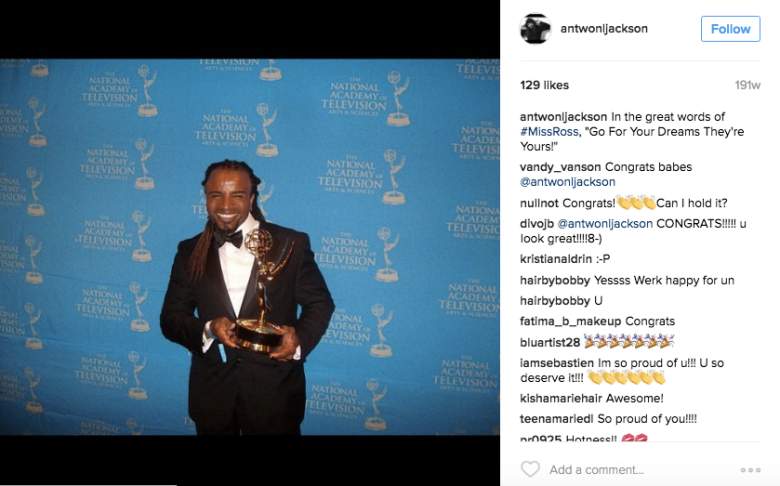 Jackson with his Emmy that he won in 2011 for his work on The Wendy Williams Show. (Instagram/antwonljackson)

In 2011, Jackson was nominated for and won a Daytime Emmy for Outstanding Achievement in Hairstyling for The Wendy Williams Show. He shared the award with Hadiiya Barbel and D’Angelo Thompson.

In 2012, Jackson was nominated for a Daytime Emmy for Outstanding Hairstyling
for The Wendy Williams Show but he did not win. He shared that nomination with Jai Williams, another hairstylist on the show.

2. He Was Very Close with Wendy Williams 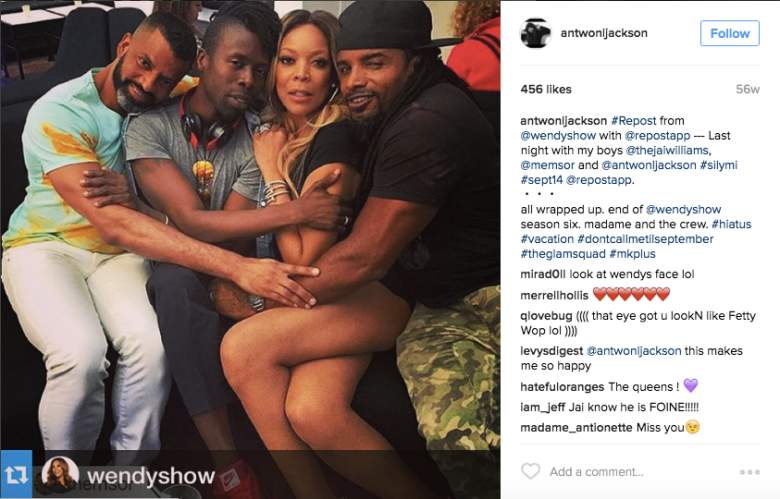 Jackson was Williams’ longtime wig stylist. According to SandraRose.com, he was Williams’ stylist on every season on her talk show. The talk show host nicknamed him Wig and frequently mentioned him on the show, and talking about him all the time. It is clear that they were very close, as evidenced by all the behind the scenes photos of them together.

3. He Also Worked on Project Runway

He’s also worked in print and has worked with magazines like Ebony, Essence and Uptown.

When his boss asked him if he was gay or bisexual, he responded with, “Gay, gay. Been gay.” In the video above, Jackson talks about his relationship with Dontay Savoy, born Matthew Doby, a fellow hairstylist and cast member of WE’s L.A. Hair.

In the above video Williams said “they love each other.”

I just wanted to see who’s making my Wig so happy…his name is Dontay and he is on the reality show L.A. Hair. That’s his man. They’re both wigs…imagine the conversations that they have.

The fact that they were both in the hairstyling business helped their relationship. “It’s interesting to have somebody there who knows…that whole commonality aspect. We can just talk hair.”

They were in a long-distance relationship because Savoy was based in L.A. and Jackson in NYC, which was challenging but since they were “so consistent” with communication and seeing each other, it didn’t always feel like a long distance relationship.

When Williams asked him about getting married, Jackson said “we would love to.”

It just seems like you’ve fallen for this guy really hard. And he’s fallen for Wig also. If you think Wig is acting like a girl right now, Dontay does the same thing.

“It feels good knowing that the scales are balanced,” Jackson said of their mutual infatuation.

Other than that, they were “night and day.”

5. Jackson Had One Son, Twon

Also noted in the video above, Jackson had one son. According to SandraRose.com, his son was from a previous marriage. He is now 25. Jackson said being with women wasn’t a “mistake.”

It was about coming into myself and knowing exactly what it is that I want. 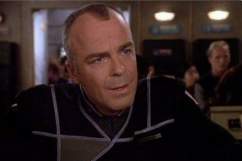