In an episode of Hollywood Medium, clairvoyant Tyler Henry sits down with Kris Jenner and says that some deceased in-laws are coming through with messages. One person who Henry seems to connect with is a grandfather figure named William. This would be Kris’ ex Caitlyn’s late father William Jenner, who died in 2000. Get to know Caitlyn Jenner’s dad in our below facts about his life.

1. William Jenner Was a Tree Surgeon

No #SocialMediaQueen can be crowned without posting a selfie, so here's my first! #TeenChoice http://www.whosay.com/l/tuQaSXJ

When chatting with Kris Jenner, Tyler Henry learns that William Jenner worked with trees and had his own business as a tree surgeon. Caitlyn Jenner came from modest beginnings in comparison to her fortune today.

2. He Fought In World War II

I am a great supporter of our military and was so excited to hear the announcement this week that #trans individuals are now allowed to serve. This is a picture of my father William Hugh Jenner who fought in World War II, landed on Omaha Beach and somehow survived the war. So proud of our military and this decision!!

William Jenner was a war veteran, having fought in World War II on Omaha Beach. Caitlyn Jenner has voiced her support of the military online in memory of her father, pictured in the above Instagram post.

3. Caitlyn Jenner Regrets Not Confiding In Her Father About Her Gender Identity

When Caitlyn Jenner spoke at UPenn, the Philadelphia Inquirer reveals she never told her father about her gender identity. When asked by a crowd about her parents, Jenner seemed to express regret not telling her dad, explaining:

That will always haunt me. I think eventually he would have come around. He would have never understood, he didn’t know anything – gay, trans, all that other stuff. But I’m sure he’s looking down from heaven right now and saying, ‘Well, you’re doing a good job.’

4. His Son Burt Died While Working for Him to Pay for School 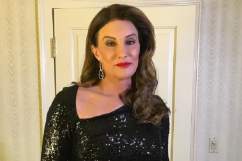 At age 18, Burt Jenner died, along with his high school sweetheart, in a car accident involving Caitlyn Jenner’s Porsche. His death rocked the family and when medium Tyler Henry appears to connect with Burt, he expresses that Burt felt sorry for what the car represented and how it affected his brother. For more information on Burt Jenner and his tragic death, click on the above link.

5. William’s Widow Esther Has Been Very Supportive of Caitlyn’s Transformation

Watching the #Olympics with my mom. Such great memories for the entire family!

Esther Jenner, the mother of Caitlyn Jenner, has appeared on Keeping Up With the Kardashians as well as I Am Cait. Over the years, she appeared to have communication issues with Caitlyn’s ex Kris, but has been openly supportive of Bruce’s transition into Caitlyn.

Ninety years old and she can still rock it!