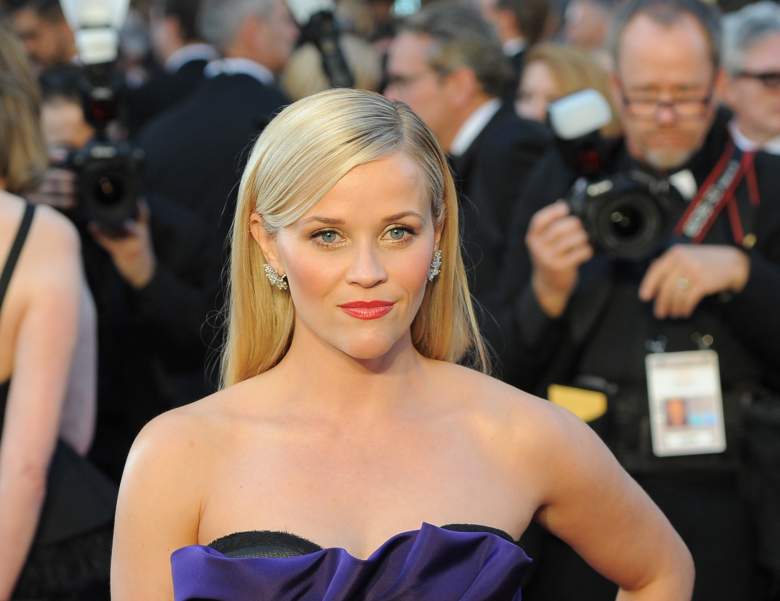 Reese Witherspoon is reportedly in talks to join A Wrinkle In Time. (Getty)

Madeline L’Engle’s 1963 Newbery Medal winner A Wrinkle In Time is one of the most beloved children’s novels of all time. Disney is currently working on a new film adaptation that will star Oprah Winfrey. Storm Reid will play Meg Murry.

On September 7, it was reported that Reese Witherspoon and Mindy Kaling are in talks to join the cast. Chris Pine has also joined the cast.

The film will be directed by Ava DuVernay, Winfrey’s collaborator on Queen of Sugar and the director of the acclaimed Selma. It will be released on April 6, 2018, with filming starting in November 2016.

Here’s a look at what we know about the film so far.

1. Witherspoon, Winfrey & Kaling Will Star as the 3 ‘Mrs.’ Characters 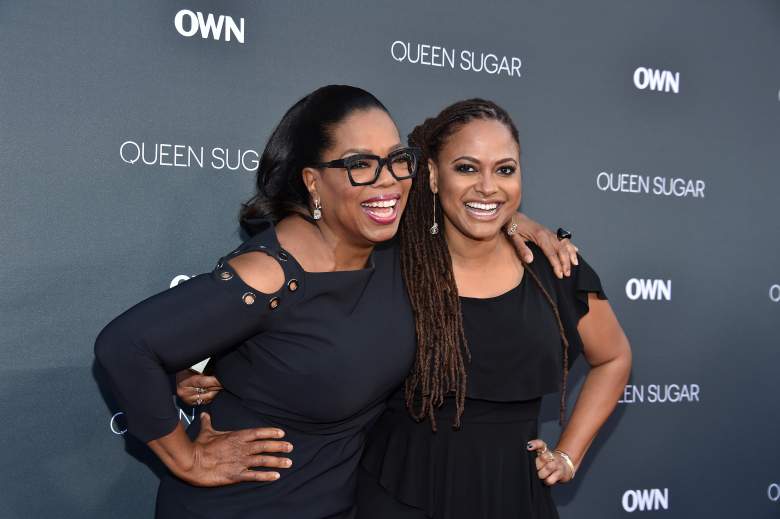 Oprah Winfrey and Ava DuVernay are the creators of Queen Sugar. (Getty)

A Wrinkle In Time tells the story of Meg Murry, her brother Charles Wallace and their friend, Calvin O’Keefe, who go on a quest to find their missing scientist father. During their adventure, they are joined by Mrs. Whatsit, Mrs. Who and Mrs. Which. It’s the first book in L’Engle’s Time Quintet and followed by A Wind In The Door, A Swiftly Tilting Place, Many Waters and An Acceptable Time.

On July 26, Variety reported that Winfrey joined the film as Mrs. Which. Winfrey worked with DuVernay on Selma and the two created OWN’s Queen Sugar together.

On September 7, The Hollywood Reporter reported that Witherspoon and Kaling were in talks to play Mrs. Whatsit and Mrs. Who, respectively.

Witherspoon and Kaling haven’t worked with DuVernay before. Kaling recently voiced Disgust in Disney and Pixar’s Inside Out and is the star of The Mindy Project. This will be Witherspoon’s first Disney movie since 2002’s Sweet Home Alabama.

On September 14, Deadline reported that Storm Reid, a 13-year-old who was seen in 12 Years A Slave, will star as Meg Murry. She’s also been seen in American Girl: Lea To The Rescue and Sleight, and stars in Jane Greer’s A Happening of Monumental Proportions.

Zach Galifianakis is now in talks to play Happy Medium in the film, The Hollywood Reporter confirms.

2. DuVernay Will be the First African-American Woman to Direct a Movie With a Budget Over $100 Million 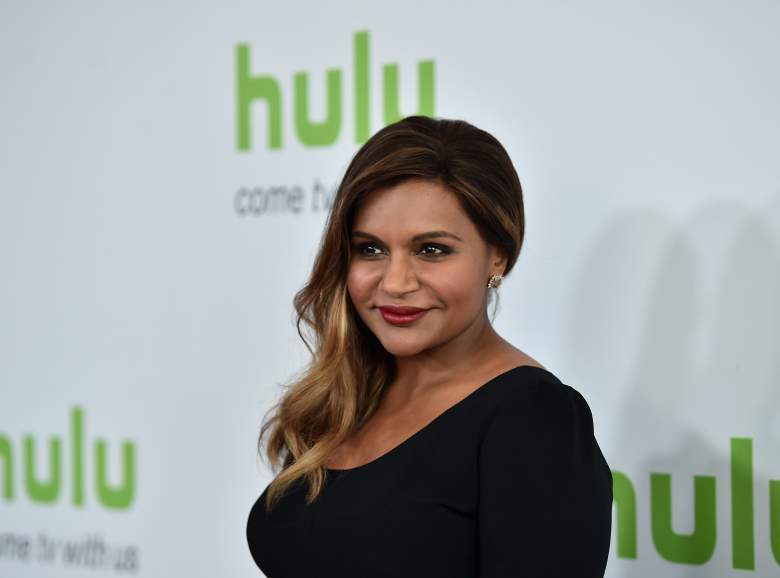 Mindy Kaling voiced Disgust in Inside Out for Disney and Pixar. (Getty)

Earlier this summer, A Wrinkle In Time earned an $18.1 million credit under the expanded Film & Television Tax Credit Program. Films with budgets over $75 million were the only ones accepted.

Later, The Los Angeles Times reported that A Wrinkle In Time‘s budget will be north of $100 million. That makes DuVernay the first minority woman to direct a movie with a budget over $100 million.

DuVernay is also just the third woman ever to be handed the reins of a movie with a budget over $100 million. Kathryn Bigelow was the first when she directed 2002’s K-19: Widowmaker and Wonder Woman director Patty Jenkins is the second.

In a new interview with Vulture, DuVernay said that the challenge working on Wrinkle is the number of characters in each scene. She said:

3. Disney Already Turned ‘A Wrinkle In Time’ Into a ABC Movie & L’Engle Hated It 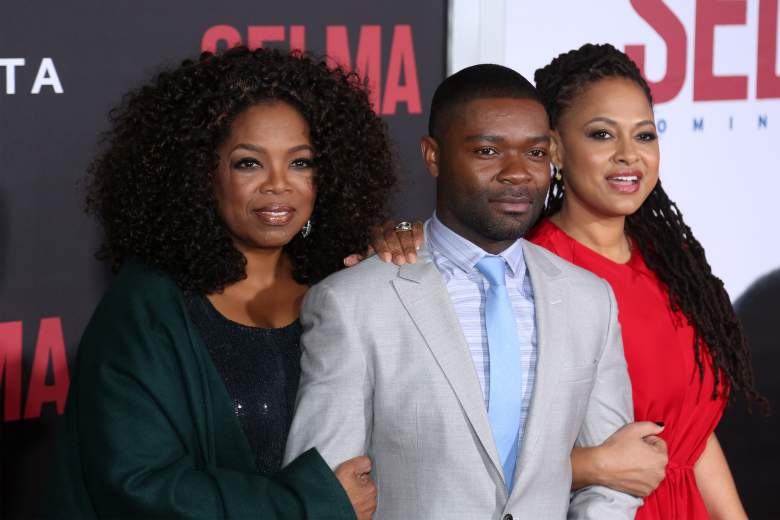 In 2004, ABC aired a Canadian-produced adaptation of A Wrinkle In Time, which was in the works for some time. The project was originally going to be a mini-series, but was ultimately edited down to a 128-minute TV movie.

In an 2004 interview with Newsweek, L’Engle blasted the film, as did many critics. When asked if she had seen it, she replied, “I’ve glimpsed it.” Then, she was asked if it met her expectations. “Oh, yes. I expected it to be bad, and it is,” she replied.

A Wrinkle in Time Movie on the Way

4. ‘Frozen’ Co-Director & Writer Jennifer Lee Is Writing the Script to ‘A Wrinkle In Time’ 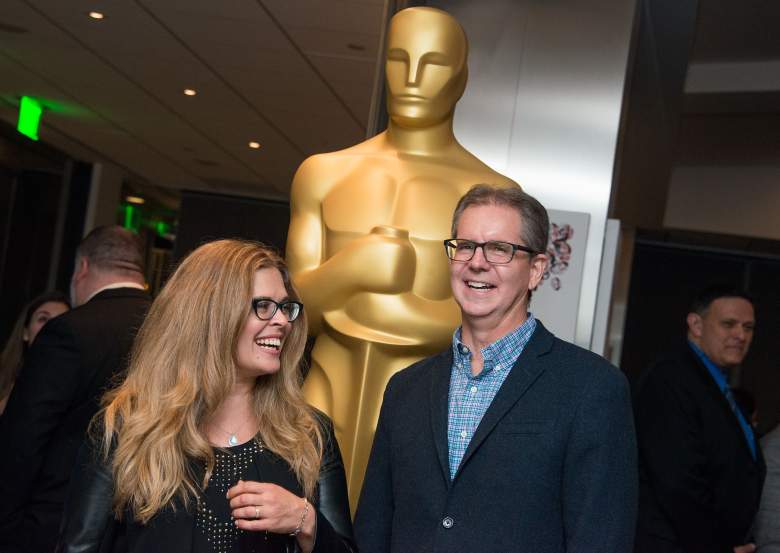 Jennifer Lee, who wrote the screenplay for Disney’s Frozen and co-directed the film, was hired by the studio to write the script for A Wrinkle In Time. The project has been in development for some time, as Bridge to Terabithia‘s Jeff Stockwell worked on it in 2010.

The producers are Jim Whitaker, who also produced Pete’s Dragon in 2016, and Catherine Hand, a producer on the TV adaptation.

Lee has been a key player in Disney’s modern streak of hits, so it’s no surprise that they would want to see if her magic touch makes the jump to lie action. She also worked on Wreck-It Ralph and Zootopia. Her IMDb page also shows that she’s writing a project called The Way Between. And yes, Disney has her working on Frozen 2.

“As an 11-year-old, I read A Wrinkle in Time and spent many a daydream and sleepless night imagining what it would be like to break free from the limitations of time,” Lee wrote for the Wall Street Journal in 2014. 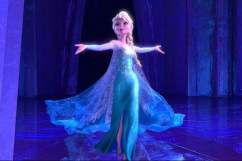 ‘Frozen 2’: Will Disney Give Elsa a Girlfriend?

5. In 2015, L’Engle’s Granddaughter Allowed the Publication of a Three-Page Passage That Was Cut from the Original Novel, Which Has Sold 14 Million Copies

The current cover of A Wrinkle In Time. (Square Fish)

Last year, Charlotte Jones Voiklis, L’Engle’s granddaughter, shared a three-page passage that did not make it into the final version of A Wrinkle In Time. The sequence was first published by the Wall Street Journal.

It was likely cut because it makes the political philosophy behind L’Engle’s book more obvious. Although many believe that it was inspired by the Cold War and that the planet Camazotz represented the U.S.S.R. the new passage could have made it clear that a democracy could become totalitarian.

“Security is a most seductive thing,” Meg’s father says in the segment. “I’ve come to the conclusion that it’s the greatest evil there is.”

Voilkis told the Wall Street Journal that she showed the segment to producer Catherine Hand. Don’t expect to see it recreated in the film. The hope for fans of the book has to be that Disney retains the book’s dark aspects and doesn’t compromise DuVernay’s or L’Engle’s vision.