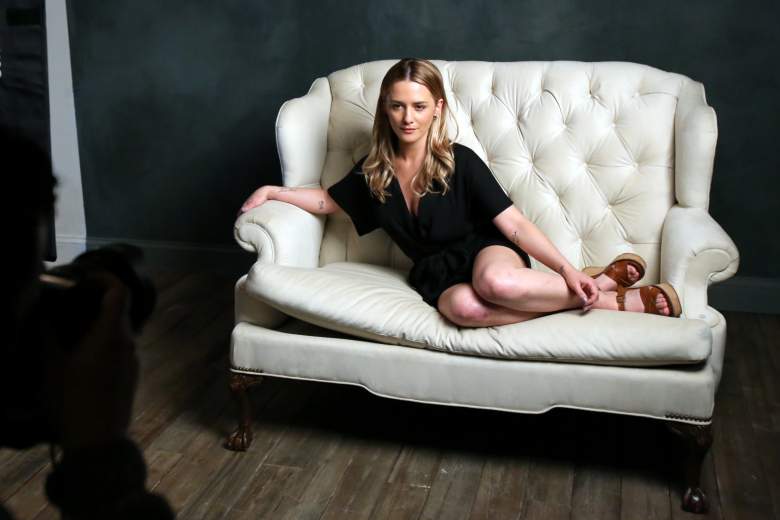 Addison Timlin is the star of Girl in the Box, the new Lifetime TV Movie that also stars Zelda Williams. The film is based on the true story of Colleen Stan, played by Timlin, who was kidnapped by Cameron and Janice Hooker in 1977 and held as a sex slave until 1984. Williams co-stars as Janice Hooker and Zane Holtz plays Cameron Hooker, who was sentenced to 104 years in prison. Janice Hooker was granted immunity for testifying against her husband in the trial.

The 25-year-old Timlin has been in showbusiness nearly all her life. She made her film debut in 2005’s Derailed opposite Clive Owen and Jennifer Aniston.

1. She Started Her Showbusiness Career by Playing ‘Annie’ in a National Tour 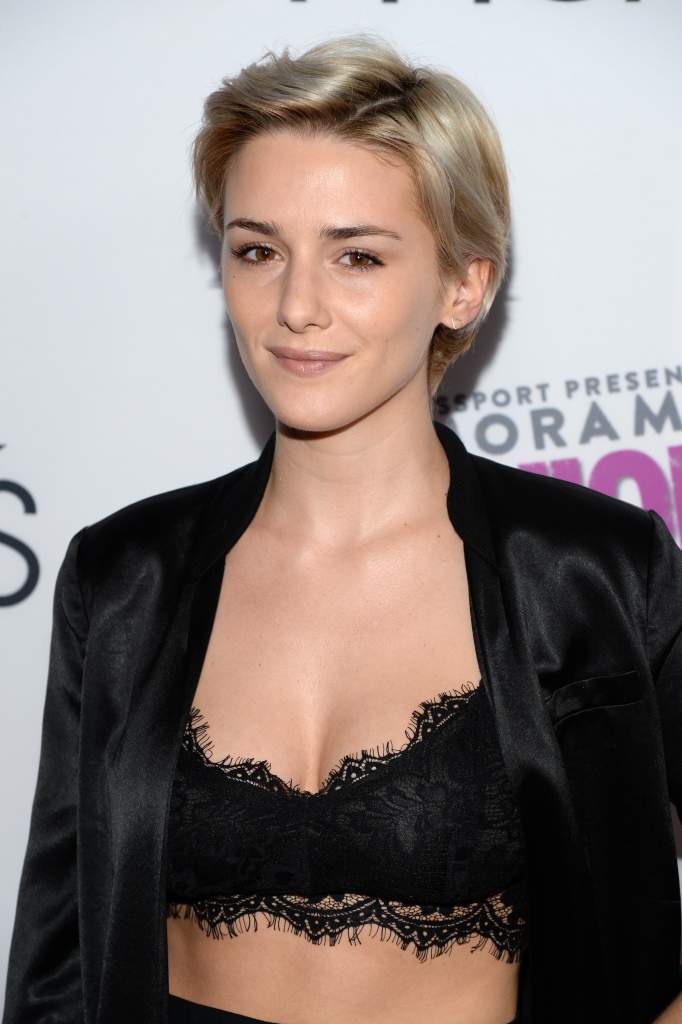 Timlin’s career in entertainment began when she was just 9-years-old. She starred in the title role as Annie in the 2000-2001 national tour.

“It was a really funny moment going into the hair salon with long brown hair and then coming out with a bright, fiery red-orange bob,” Timlin told WWD in March when asked what it was like to play the role.

A few years later, in 2005, the Philadelphia-born Timlin landed her first big role in Derailed, in which she played a young girl with diabetes. Following that, she stuck mostly to TV roles, starring in the short-lived shows 3 lbs. (2006) and Cashmere Mafia (2008).

Her breakthrough role came in 2011 when she starred as actress Sasha Bingham in Californication, opposite David Duchovny. Other key credits on her resume include That Awkward Moment with Zac Efron, the 2016 SXSW movie Little Sister and Stand Up Guys with Al Pacino. 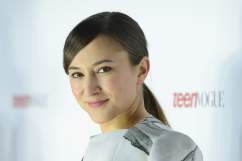 timlin has over nearly 30 tattoos on her body and told WWD that she sees them as a “timeline of my life.”

“I got my first one at 16,” Timlin continued. “It sits on my shoulder and says, ‘the last one’ ironically, but it’s my mother’s handwriting and it’s a poem she wrote when I was born because I’m the youngest of four.”

In an Esquire interview in 2013, Timlin said she doesn’t really like ankle tattoos in general.

“I don’t feel good about an ankle tattoo in general, but a barbed-wire ankle tattoo… I love,” she said. 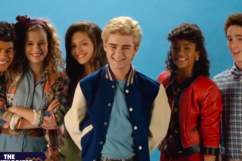 3. Timlin Co-Starred in ‘Odd Thomas’ With Anton Yelchin & Called Him ‘One of the Best Things That Ever Happened to Me’

In 2013, Timlin starred in Odd Thomas, opposite the late Anton Yelchin. When the actor died in a freak accident in June, Timlin was devastated, writing on Twitter, “Everything is weird and broken.”

“I would give anything to kiss that sweet shoulder again. I miss you, I love you; my sweet baby [R]ussian,” she tweeted. “Anton Yelchin is one of the best things that ever happened to me, I don’t want to live in a world without him in it,I don’t know how.”

She tweeted the above photo with him, writing, “I love you and I promise I will see you again.” 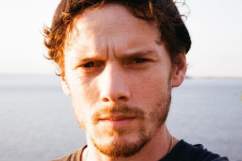 Who Was Anton Yelchin Dating When He Died?

4. Timlin Was Supposed to Star in CBS’ ‘MacGyver’ Reboot, but Was Replaced Two Months Later 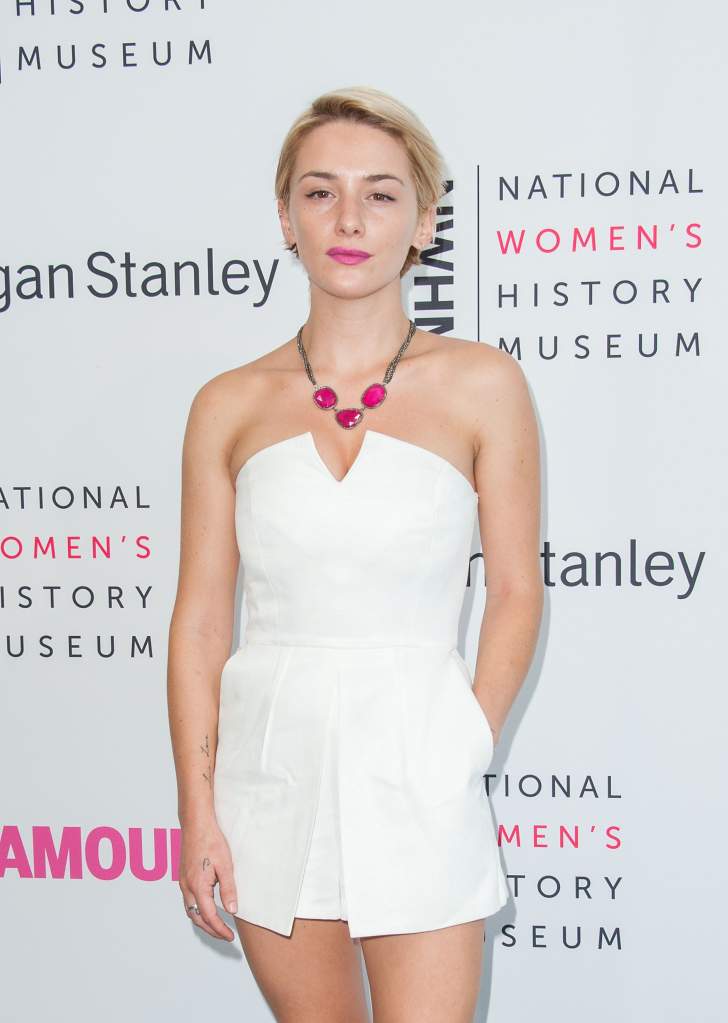 In March, Timlin thought she had a new TV gig. Deadline reported that she was cast as the female lead in CBS’ MacGyver reboot, opposite Lucas Till.

Timlin would have played an app developer who has progressive political views and also an interest in MacGyver.

However, two months later, Deadline reported that Timlin – along with Joshua Boone and Michelle Krusiec – were also recast. An entirely new pilot was filmed, but CBS still has the show ready to premiere the fall.

Timlin surprisingly responded to the recasting on Twitter. She posted a picture of a frowning child with the text, “When you get fired from your TV show.”

When you get fired from your tv show. pic.twitter.com/3idyPPm9Gc

This wasn’t the first time she had bad luck with a TV show. She starred in NBC’s Day One, which was supposed to be an opened-ended series that the network later turned into a mini-series. Eventually, the show never aired.

Timlin does have other projects in the works, though, including the movies Like Me, Blue Angel and Fallen. Little Sister, a film in which she plays a nun who returns home, opens on October 14, 2016. 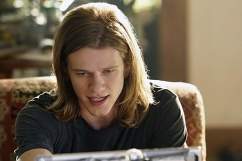 Lucas Till: 5 Fast Facts You Need to Know

5. She Met the Real Colleen Stan While Making ‘Girl in the Box’

While filming Girl in the Box, she got to meet Colleen Stan in person. In an interview with People Magazine, Stan said she met all the main actors, including Williams and Hotlz. She said that Holtz was afraid of meeting her because he played the man who kidnapped her.

“I was actually quite nervous about the idea of trying to tackle it because it does have some very dark aspects to it,” writer/director Stephen Kemp told People. “But actually it’s also the story of a survivor and someone who manages to overcome a terrible ordeal, and comes out the other side of it.”

Girl in the Box debuts on Lifetime at 8 p.m. ET on September 10. 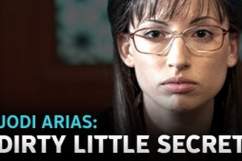