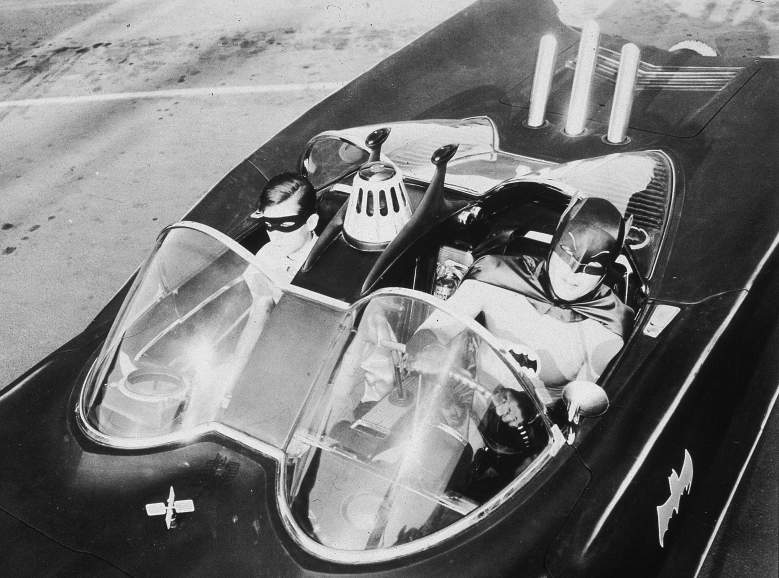 September 17 marks Batman Day, a special event DC Comics started three years ago to mark the characters 75th anniversary. While the character’s legacy in comics is unquestioned, his role in film history has seen its own ups and downs. Batman made his big screen debut in a 1943 serial, which was followed by a 1949 serial. There wasn’t a full-length feature starring the World’s Greatest Detective until 1966, when Batman: The Movie hit theaters between the first two seasons of the campy Batman TV series that defined the character in the eyes of the public for almost two decades. Of course, comic book fans knew differently and the publication of Frank Miller’s The Dark Knight Returns gained so much publicity that Tim Burton was able to bring the darkness back into Batman’s world in the 1989 movie.

The franchise that began with Tim Burton sputtered out in 1997 with the infamous Batman & Robin, forcing Warner Bros. to scrap plans for a fifth film and regroup. After years of attempts, Christopher Nolan oversaw The Dark Knight Trilogy, which exists as its own story. Batman was back on the big screen again earlier this year in Batman v. Superman: Dawn of Justice.

Now, let’s take a look at all 10 full-length theatrically-released Batman movies, in order from worst to best.

It goes without saying that Batman & Robin has to be the worst Batman movie and far too much digital ink has already been spilled about it. If director Joel Schumacher was hinting at a return to the campy world of the ’60s TV show in Batman Forever, he went full-throttle on Batman & Robin. On the DVD and Blu-ray, Schumacher tries to come up with excuses for the film’s awfulness – including his explanation that Warner Bos. wanted the film to be “toyetic” – but ultimately, he was the director on the set. Batman & Robin shows a clear misunderstanding of the characters and three villains is always too much for one movie. George Clooney was the wrong actor for Batman at this point of his career.

It’s clear that Warner Bros. did not like where Batman Returns took the franchise after that film disappointed at the box office. Schumacher responds by giving us a mash-up of tones, where Val Kilmer does his attempt at the brooding Batman while Jim Carrey and Tommy Lee Jones look like they stumbled onto the set of a different movie. The infamous bat-nipples also make their debut here, as does this weird obsession Warner Bros. has with packing in as much stuff into one movie as possible. Forever‘s first cut was nearly three hours, but it was whittled down to two and the studio still wanted Two-Face, The Riddler and Robin all introduced in one film.

Zack Snyder so desperately wanted to make a Batman movie and got his wish with Batman v. Superman: Dawn of Justice. Snyder might know nothing about Superman, but he clearly likes Batman enough to let us see Batman do real detective work. Dawn of Justice isn’t a complete turd, it’s just asked to do way too much in one film because there wasn’t a Man of Steel 2 (yet). Aside from Batman killing people without a second thought, the parts where Batman is onscreen aren’t that bad. Ben Affleck also isn’t terrible as an older Bruce.

The Dark Knight Rises is another movie that’s supposed to do too much. (This is a really common theme in the worst of the Batman movies.) Somehow, it has to be as good as The Dark Knight, which is impossible, and introduce a whole slew of characters who we will never see again. Nolan also has to bring the series to a conclusion, which is at least one thing the film does successfully. But how long exactly did Bane have control of Gotham City? How long did it take for Bruce to get back into shape?

Batman: The Movie is just fun. Sure, Adam West is not the Batman today’s audiences are used to, but it’s fast paced (can you imagine a superhero movie today only running 105 minutes?) and filled with too many memorable moments to list here. Who can forget Batman’s fight with a fake shark? Or how about Batman having trouble getting rid of a bomb? And the film lets Batman be a real detective as he tries to piece together the dastardly plot put forth by his villains.

For the longest time, Batman: The Movie was the only part of the ’60s series available on home video. While that’s changed now that the complete series is available, Batman: The Movie provides a taste of the series for those curious to see how Batman was defined for the general public until the late 1980s.

Bruce Timm, Paul Dini and the rest of the team behind Batman: The Animated Series completely understood Batman. Mask of the Phantasm had a very brief, poorly promoted theatrical run in 1993, but has lived on as one of the best of the Batman movies. The film goes places where no Batman movie ever has. It puts forth the question: Can Batman ever be happy? Could Bruce ever walk away from the cowl if he found love? Mask of the Phantasm doesn’t quite have the polish that some of the best episodes of The Animated Series have, probably because it was made under the assumption that it would go straight to video. It should be seen by more people and hopefully, will one day get a Blu-ray release.

Mask was followed by more animated films, but none of them were released theatrically. This past summer, Warner Bros. did a limited theatrical release for Batman: The Killing Joke, an animated adaptation of the Alan Moore and Brian Bolland.

Batman Returns is more of a Tim Burton movie than a real Batman movie, which is why it’s not Number 1 here. It’s a good Burton film, but it surprisingly doesn’t have a lot of Batman in it. Burton is much more fascinated by The Penguin (Danny Devito) and Catwoman (Michelle Pfeiffer), and you can’t blame him. Although the film’s decision to use two villains in the long run was dangerous, here they work together well. Michael Keaton’s Batman gets to sit back and watch as these two slowly destroy each other.

Batman Begins is a cinematic miracle. Not only does it prove that a good Batman movie can be made without The Joker as the villain, but it successfully makes you forget about the ’90s movies that left the franchise in shambles. Christopher Nolan and co-writer David S. Goyer cherry-pick the best ideas from Batman comics to shape a completely new cinematic version of the character. However, it would have been nicer if Ra’s al Ghul had thought of a cooler thing for Batman to stop than a microwave emitter.

Perhaps it’s nostalgia, but for whatever reason, Tim Burton’s Batman movie still stands as one of the best Batman films. It’s because of Jack Nicholson’s great performance as The Joker contrasting with Michael Keaton’s dark and subdued performance as Bruce. Batman provides a dark version of the character that’s different from Nolan’s, so it can still be enjoyed despite the Dark Knight films. It does have its share of problems – like the Prince songs that Burton was forced to use and it works a bit too hard to reach two hours – but Batman is a visual feast. Plus, we get Danny Elfman’s great opening theme.

Nolan’s The Dark Knight is the best Batman movie. The film is a crime caper that just happens to have a costumed hero at the center of it, and that’s what some of the best Batman stories are. He doesn’t have super powers, so if you take away the costume, he’s a detective and The Joker is his greatest adversary. Heath Ledger’s performance is great and the film deserves every minute of its 152-minute runtime. Heath Ledger’s performance ultimately makes everyone around him better. It’s a good thing that it took three years for this film to be made after Begins. Otherwise, it would have been a rushed project that couldn’t have been anywhere near as good as the final film.