When you turn on NCIS tonight, there will be one familiar face missing. Michael Weatherly, who played Tony DiNozzo on the most-watched drama series on television, left the show to headline Bull. In CBS' latest legal drama, Weatherly stars as Dr. Jason Bull, who runs the Trial Analysis Corporation. His job is to advise clients on how to influence a jury and win their cases.

The show is loosely based on Dr. Phil McGraw's early career. McGraw, better known as the host of Dr. Phil, co-wrote the pilot with House's Paul Attanasio. It seems only right that Attanasio is behind the wheel on this show, since Dr. Bull is billed as a kind of Dr. House for lawyers.

Bull is back for a second season,
starting on September 26,
2017. Click through for an introduction to the cast surrounding Weatherly. (David M. Russell/CBS) 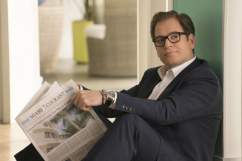 ‘Bull’ Renewed or Cancelled: When Does Michael Weatherly Come Back for Season 2? 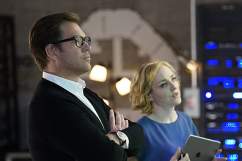 ‘Bull’ Series Premiere: What Time & Channel Is the Show On?