After four Oscars, over 60 acting credits and nearly 40 credits as a director, one would think that the iconic Clint Eastwood would plan to retire. However, he has shown no signs of slowing down, as he continues to put out hit films. His long career, which dates back to the early 1950s, has made him one of the wealthiest stars in Hollywood. With that said, one might wonder just how big Eastwood’s fortune actually is … Read on below for a rundown on Eastwood’s wealth and his many achievements.

1. Eastwood’s Estimated Net Worth is $375 Million 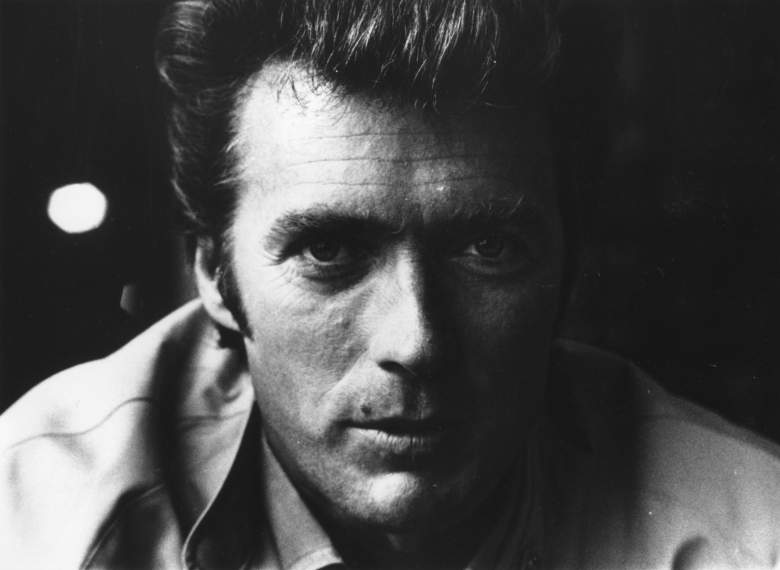 Eastwood, who was born on May 31, 1930 in San Francisco, has an estimated net worth of $375 million, Celebrity Net Worth estimates. He earned an estimated $35 million between 2008 and 2009. During that span alone, he directed Changeling with Angelina Jolie and Gran Torino, which he starred in himself. In fact, Eastwood has starred in many of his own films.

Eastwood made his acting debut with an uncredited role in 1955’s Revenge of the Creature. It wasn’t until he landed the role of Rowdy Yates on Rawhide that he gained attention, but Sergio Leone made him a movie star in 1964’s A Fistful of Dollars.

Eastwood has four Oscar wins, all coming from his two Best Picture Oscar winners. He won Best Picture and Best Director for Million Dollar Baby in 2004 and Unforgiven in 1992. He also received the Irving G. Thalberg Memorial Award in 1995.

2. Eastwood’s Most Successful Film as Director is 2014’s “American Sniper” With Bradley Cooper 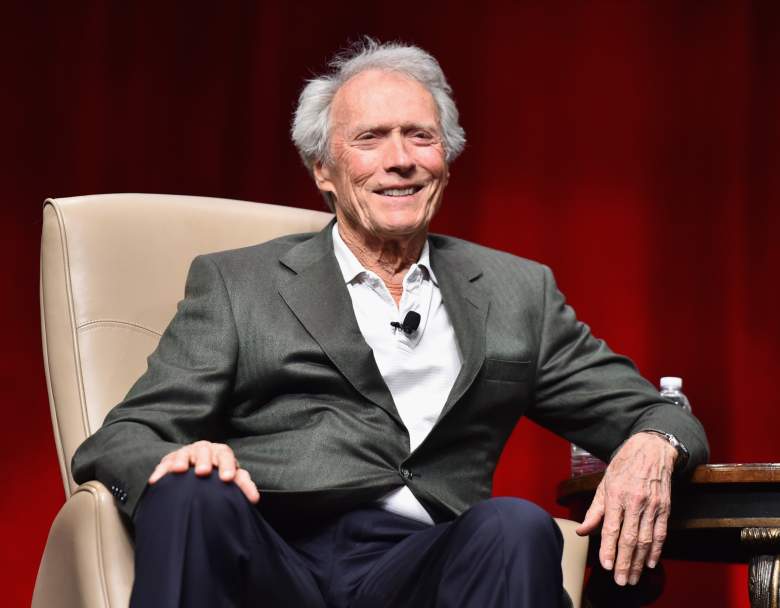 Although we think of Eastwood as a major star, the surprising truth is that his 34 movies as director haven’t made all that much money. According to Box Office Mojo, Eastwood has only helmed four movies that have grossed over $100 million and two of those barely crossed that mark. Million Dollar Baby earned $100.4 million and Unforgiven took in $101.2 million. Gran Torino was a surprise hit, taking in $148.1 million.

But Eastwood’s biggest success is 2014’s American Sniper. After a limited release on December 25, 2014, to qualify for the 2014 Oscars, the film’s January 2015 wide release set the January weekend record with $89.3 million. The film, about sniper Chris Kyle and starring Bradley Cooper, finished its domestic run with $350.1 million and added $197.3 million from foreign markets.

Since Eastwood has directed so many films, his directing efforts have grossed a combined $1.7 billion.

So, why do studios give Eastwood top projects if they don’t always become breakout hits? Because Eastwood works incredibly fast and makes movies cheaply. Sniper only cost $58.8 million to make. It was also his second movie of 2014, as he also helmed the film version of Jersey Boys. Plus, putting Eastwood’s name on a movie poster never hurt.

3. He is the Chairman of the Monterey Peninsula Foundation 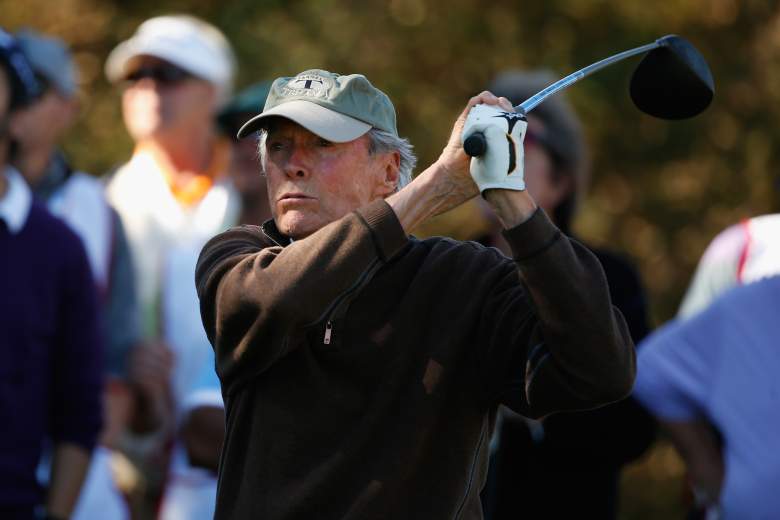 Eastwood is the chairman of the board for the Monterey Peninusla Foundation, a nonprofit group that hosts the AT&T Pebble Beach Pro-Am PGA Tour event and the Nature Valley First Tee Open at Pebble Beach on the Champions Tour. Funds raised at the events are dispersed through grants to local organizations dedicated to community service. The New York Daily News reports that the foundation has raised over $100 million through the PGA tour event.

During the 2014 event, Eastwood was credited as saving tournament director and foundation CEO Steve John’s life when he saw John choking on a piece of cheese. Eastwood performed the Heimlich maneuver to save John. “I was looking at him and couldn’t breathe. He recognized it immediately and saved my life,” John told the Daily News.

Eastwood also takes part in the annual Clint Tournament at the Tehama Gold Club in Carmel, California. He supports his daughter Alison’s Eastwood Ranch, which is a non-profut animal welfare and rescue organization. In June, he attended the second annual Art for Animals Fundraiser for the Eastwood Ranch. 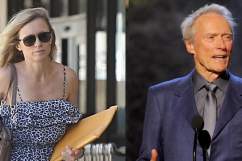 4. Eastwood Earned $200 a Month as the Mayor of Carmel & Donated the Money to Youth Groups 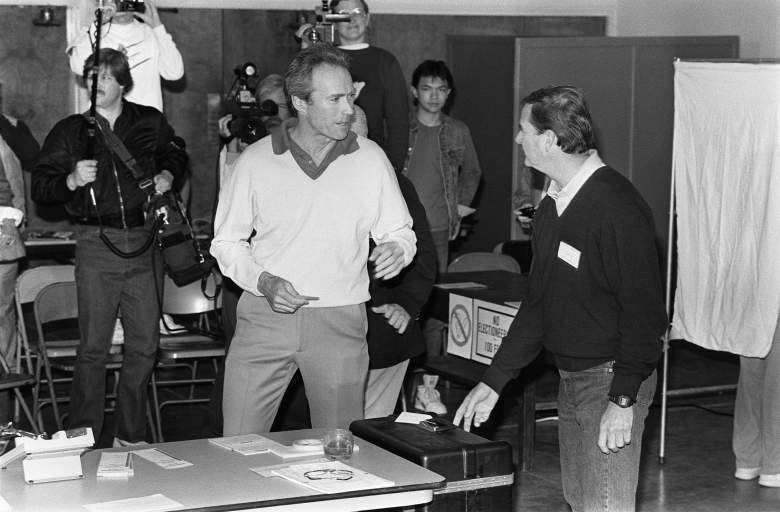 In 1986, Eastwood was elected as mayor of the town Carmel-by-the-Sea in California and he held the non-partisan position until 1988. According to the BBC, Eastwood was elected with 2,166 votes while his opponent, the previous mayor, only earned 799 votes. He ran for the office after living there for 14 years and not being allowed to build a restaurant there. He spent $40,000 on the campaign. His pay for the job was $200 a month (about $430 in today’s money), which he donated to youth groups.

During his tenure, Eastwood did make it easier to build and renovate property and established a library for children. Amazingly, he found time to direct Heartbreak Ridge and Bird while in office.

When calling Carmel home, Eastwood has enjoyed the idea that he can avoid the paparazzi. “For an area this size, there’s a lot of interesting things happening,” Eastwood told the San Francisco Chronicle in 2010. “I’ve been here so long that the local people don’t pay much attention to me. I’m not a Northern Californian who is anti-Los Angeles. But this is home, and that’s the way it’s going to be.”

5. Eastwood Refused to Pay Ex-Wife Dina Alimony Because They Signed a Prenuptial Agreement 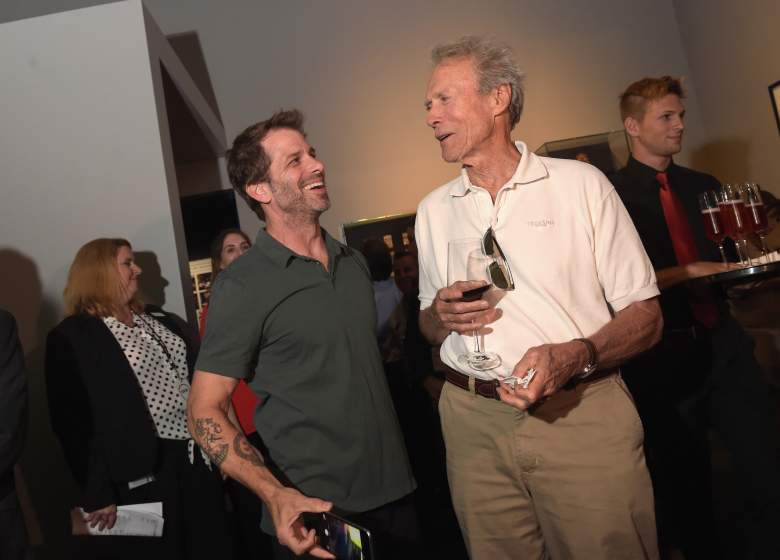 Eastwood has had several relationships with different women and it’s not even clear how many children he has. He was first married to Maggie Johnson from 1953-1984 and she is the mother of Kyle and Alison. However, he had a daughter, Kimber, with Roxanne Tunis in 1964. Scott and Kathryn are the children of Eastwood and Jacelyn Reeves. Francesca is the daughter of Eastwood and Frances Fisher.

In 1996, he married his second wife, Dina Ruiz. The couple separated in 2012, but their divorce wasn’t finalized until 2014. In December 2013, TMZ reported that they had signed a prenuptial agreement and Eastwood refused to give her spousal support. The two had one child together, daughter Morgan.

The number of Eastwood’s children isn’t clear because Alison was quoted by the Sunday Times in August 2011 as saying that Eastwood has “eight children by six women.” However, only seven are publicly known. In a 2004 60 Minutes interview, Eastwood was asked how many children he has. “I have a few,” he replied.

Eastwood also had a relationship with actress Sandra Locke from 1975 to 1989 and wrote the autobiography The Good, The Bad, and the Very Ugly – A Hollywood Journey. In 1996, the two went to court after she filed a lawsuit, claiming that Eastwood tried to ruin her career after they broke up. The two sides reached a settlement before it went to the jury and terms weren’t made public. 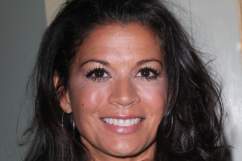