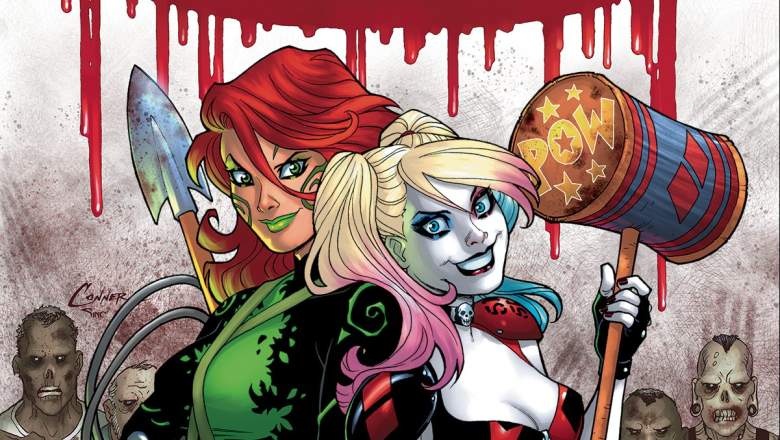 Just when you thought Harley Quinn‘s adventures in Coney Island couldn’t get any weirder, writers Amanda Conner and Jimmy Palmiotti throw in zombies created by tainted hot dogs into the mix. The new Harley Quinn series under DC Comics‘ Rebirth reboot has picked up right where the last one left off. The third issue hits stores on Wednesday, September 7, as do more issues of Superman and Batman. 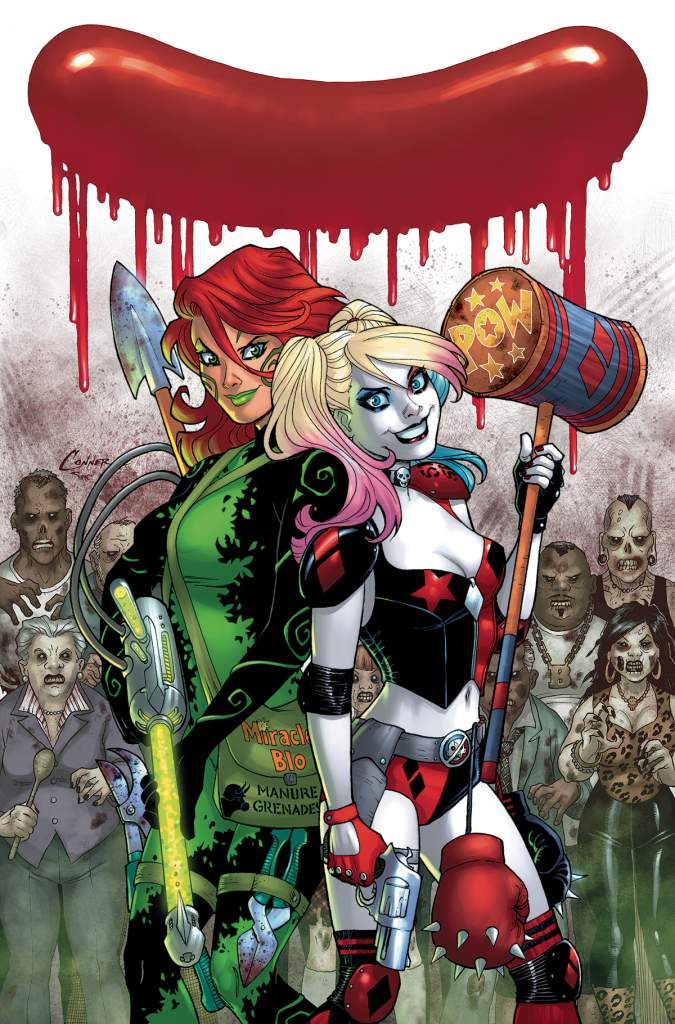 According to DC Comics, Harley Quinn #3 is the last part of Die Laughing, in which Harley, Poison Ivy and her friends have to fight zombies who were created after eating tainted hot dogs. (If you pick up #1, you’ll find out how the hot dogs got tainted. It involves an alien and cows.) Anyway, Harley brought in Ivy to help her find a cure, but only after she chopped off Red Tool’s arm and had a surreal zombie-killing spree while on a horse. The art is by Chard Hardin. 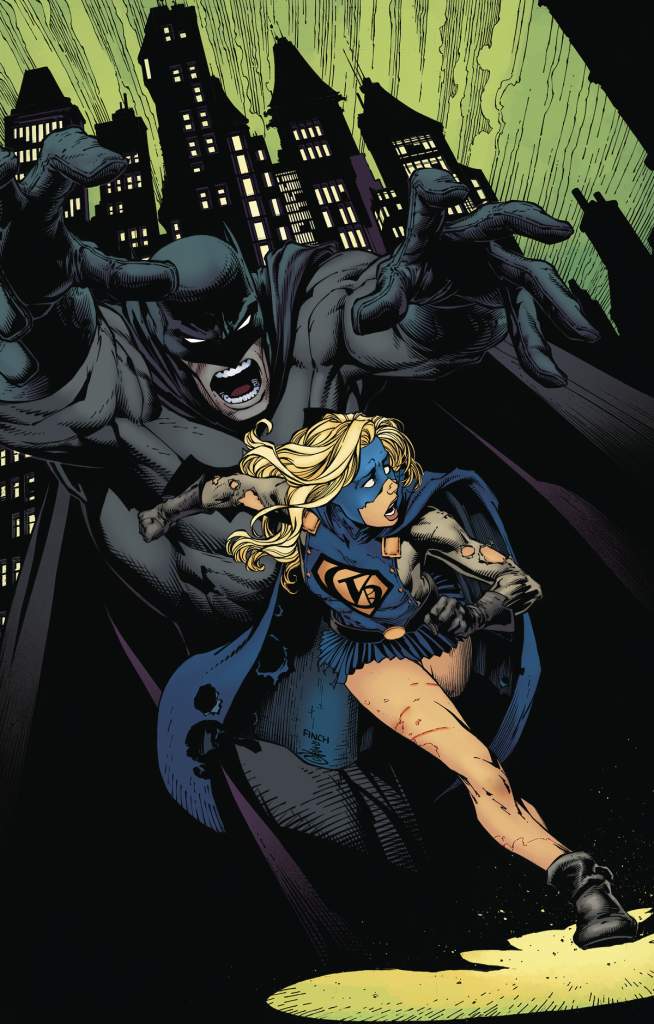 In the bi-monthly Batman series, Batman has been dealing with the mysterious Gotham siblings, Gotham and Gotham Girl in I Am Gotham. At first, the two seemed like new heroes Batman could rely on, but then the Psycho Pirate twisted their minds. Batman has been able to help Gotham Girl, but struggled with Gotham and the two Gothams ended up fighting each other. In Batman #6, writer Tom King and artists Joe Prado & Ivan Reis provide answers into the mystery of Gotham Girl’s origin. 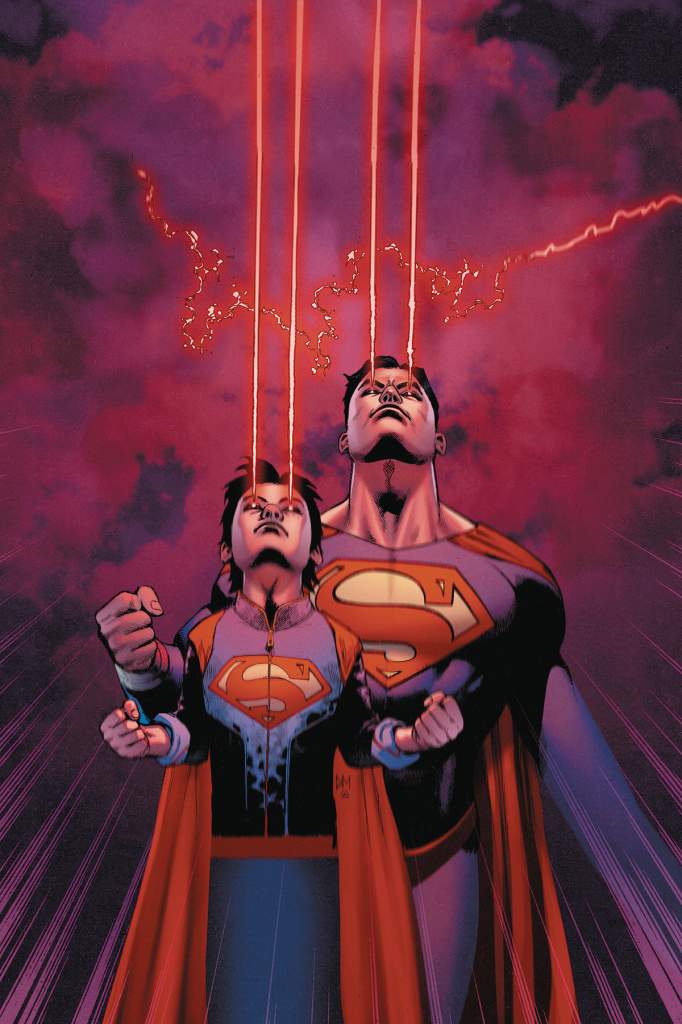 Superman’s battle with The Eradicator continues in Superman #6, the sixth part of Son of Superman, written by Patrick Gleason & Peter J. Tomasi with art by Mick Gray. The Eradicator has insisted on getting rid of Superman’s son Jon because the Kryptonian race cannot be continued by a half-human, half-Kryptonian boy. Lois and Superman took the battle to the moon to avoid causing more damage on earth and found Batman’s secret hide-out there. Superman might be able to stop the Eradicator in #6, but might destroy the moon in the process.

Other books from DC to keep an eye on this week are Cyborg: Rebirth, Supergirl #1, Nightwing #4 and Aquaman #6. If you’re looking for a longer story, Poison Ivy: Cycle of Life and Death, written by Amy Schu, is out in collected form. 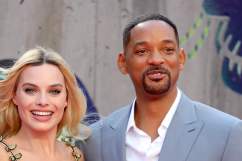