Filmmaker Peter Berg and actor Mark Wahlberg have teamed up again for another true-life story of heroism. After 2013's successful Lone Survivor, they are back in theaters with Deepwater Horizon. If you don't like this film, you can wait until January for their next real-life adventure, the Boston Marathon bombing movie Patriots Day. Berg (right) is also known for his work on Friday Night Lights.

Deepwater Horizon is the story of the oil rig of the same name, which exploded in the Gulf of Mexico in 2010, causing an oil spill that lasted 87 days. Eleven people were killed in the explosion. Wahlberg plays Mike Williams, a worker who survived the explosion.

"Mike Williams was in a unique position on the rig," Scott Pelley of 60 Minutes said in 2014 after interviewing Williams. "Williams was in charge of all the computer systems, so he had a really good idea of what was going on all over the rig. There were so many things for weeks that led up to the blowout, and Williams was able to stitch all of that together and paint a picture of a project that was under a lot of pressure and in a lotta trouble."

Wahlberg isn't the only familiar face in the film. Click through to meet the cast and read reviews of the film. (David Lee/Lionsgate) 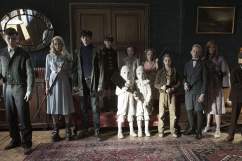 Read More
Mark Wahlberg, Movies
Deepwater Horizon is Mark Wahlberg's latest film starring him as a true-life hero, but he's not the only one in the film. Click to meet the other actors.