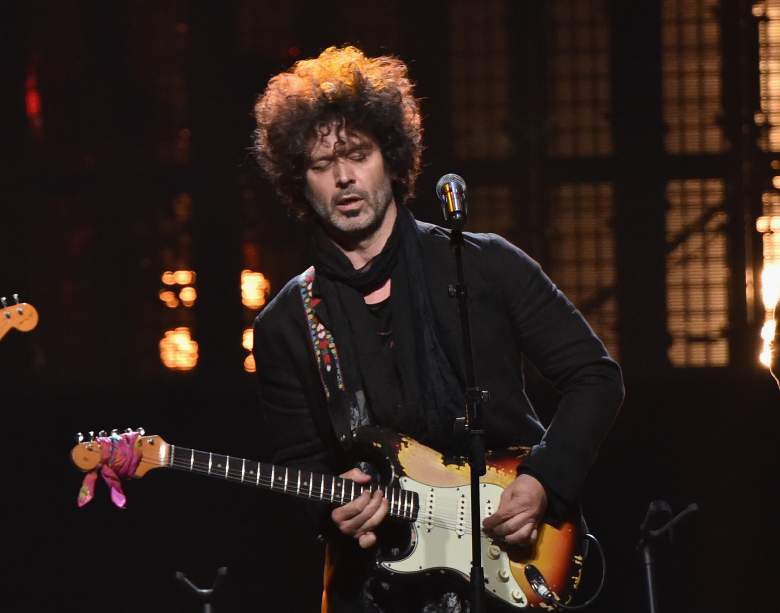 Doyle Bramhall II is a guitarist, singer and songwriter who is currently dating Bridget Jones’s Baby star Renee Zellweger. He’s performed with Eric Clapton, Roger Waters, Sheryl Crow and many others. Before dating Zellweger, he dated Crow. He was previously married to Prince collaborator Susannah Melvoin, from 1997 to 2010 and the two are parents to two daughters.

Zellweger and Bramhall have been dating since 2012. She was previously married to Kenny Chesney for four months in 2005.

1. Bramhall’s Father Was a Drummer for Jimmie Vaughn & Stevie Ray Vaughn & Died in 2011 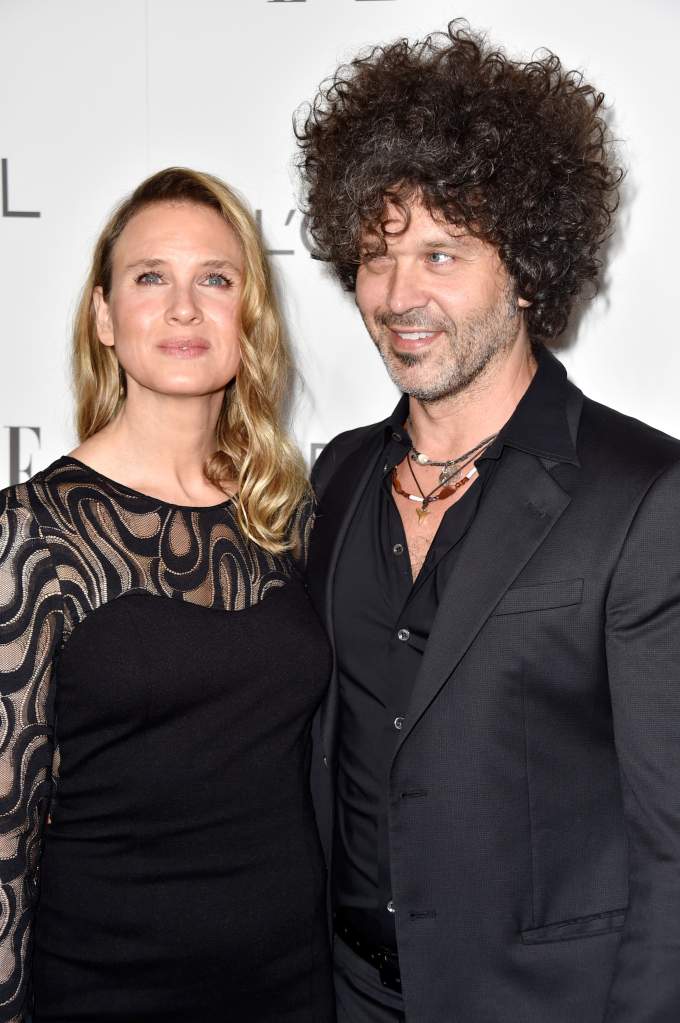 Bramhall’s father was Doyle Bramhall, who was born in Dallas in 1949. According to Doyle Bramhall’s AllMusic.com bio, he was still in high school when he began drumming with Jimmie Vaughn, the older brother of the legendary Stevie Ray Vaughn. Their first group opened for Jimi Hendrix during his first U.S. tour.

Doyle Bramhall later included Stevie Ray Vaugnn in the Nightcrawlers and co-wrote “Dirty Pool” with him. The song appeared on Texas Flood, Stevie Ray Vaughn’s first album. He continued working with Stevie Ray Vaughn, but didn’t start recording his own solo material until the 1980s. He released three solo albums before his death in 2011 at age 62.

Bramhall’s new album, Rich Man, includes the song “November,” which he called a “love song to my late father” on his blog.

“I loved him dearly, but there were things in our relationship that we hadn’t voiced or reconciled,” Bramhall said in a statement. “Before he passed, I experienced an awakening where the burden of all that stuff was lifted and I went through a spiritual metamorphosis. I just didn’t get the chance to tell him, because he died unexpectedly.” 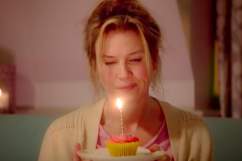 2. Bramhall Was Previously Married to Susannah Melvoin, Who Prince Wrote ‘Nothing Compares 2 U’ About 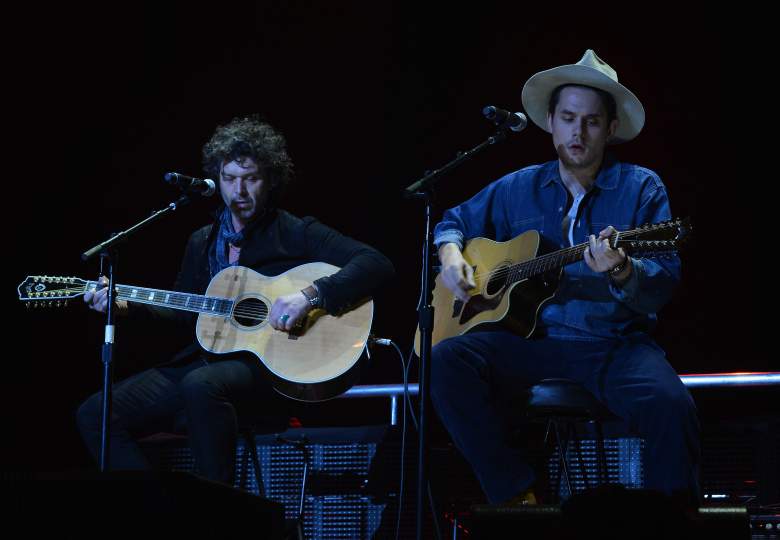 Bramhall was previously married to Susannah Melvoin, who spent much of the 1980s working with Prince. Her twin sister is Wendy Melvoin, a member of Prince’s backup band The Revolution. Melvoin was even engaged to Prince and the song “Nothing Compares 2 U” was written about her, notes The Guardian.

Bramhall and Melvoin were married from April 1997 to April 2010. Around the time of their split, Bramhall made his public debut with Sheryl Crow. Melvoin and Bramhall have two daughters, India and Elle.

In 2014, when Bramhall and Zellweger made their debut together, Radar Online found court documents, in which Bramhall was ordered by the court to pay Melvoin $4,332 a month in child support and $6,378 in spousal support.

Court papers the Daily Mail obtained showed that Melvoin claimed to be in $300,000 in debt.

On December 9, E! News reported that Melvoin brought Zellweger into the child custody battle by requesting that the actress submit her assets to prove that Bramhall lives a “lavish” lifestyle. Zellweger fought against the request, saying that her personal and professional lives should be separate. However, seh was eventually called to testify and told the judge handling the case about gifts she bought her boyfriend.

3. He Co-Founded the Blues Band Arc Angels, but His Heroin Addiction Broke up the Band in 1993 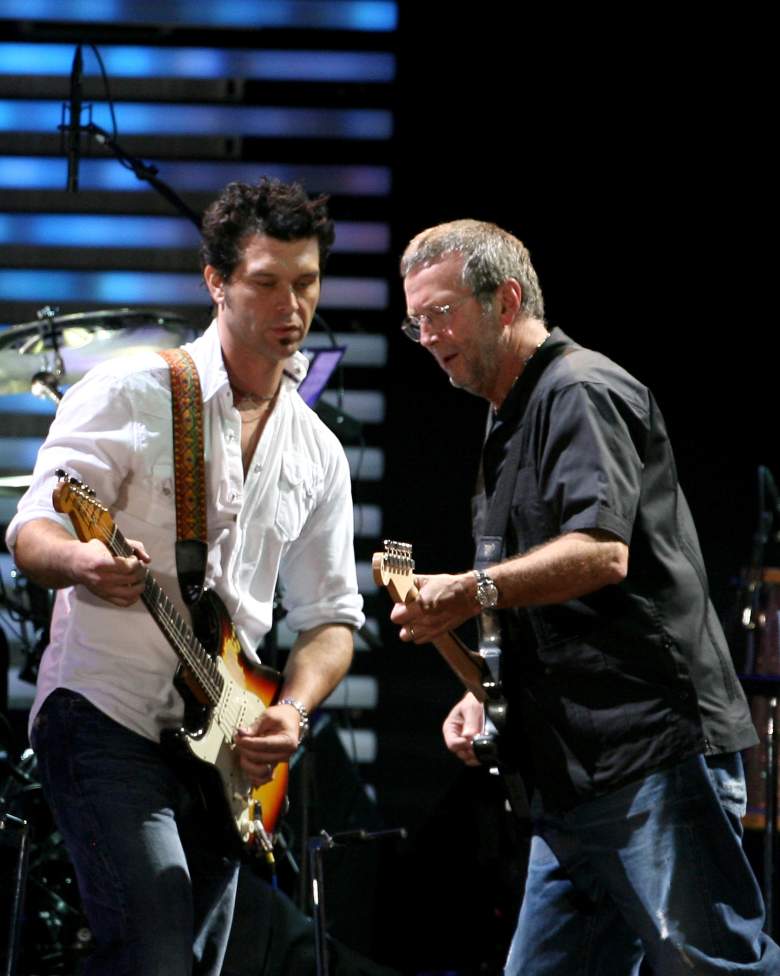 In the early 1990s, Bramhall was a member of Arc Angels, an Austin-based blues band with guitarist Charlie Sexton, drummer Chris Layton and bassist Tommy Shannon. In 1992, they released their hit album Arc Angels. However, in 1993, the group broke up for the first time due to Bramhall’s heroin addiction.

“When we started to tour, my drug use got pretty wicked,” Bramhall told Texas Monthly in March 2009. “The road thing didn’t last that long, and it was starting to blow up. I started to indulge my habit more. And the more I did that, the less I wanted to do music.”

In 2009, the group got back together again briefly without Shannon.

“We started up a new relationship,” Bramhall told Texas Monthly at the time. “It’s like we had unfinished business. Charlie and I have the sort of chemistry that we had back then, but we have this real strong brotherly bond now. We are really good friends.”

In a 1996 interview with the Austin Chronicle, the guitarist said that he didn’t recognize the man who became addicted to heroin any longer.

“It was just insane. But it did end. Which I’m very happy about,” he said. “But I don’t wake up every day and think about it. I hardly ever think about it until it’s actually brought up. Then I go `Oh yeah, I forgot. I did do that. I was told I did that.’ It’s far enough away I can sort of be in the third person about it and have a different perspective about it, and see that the changes I’ve made are tremendous in a way.” 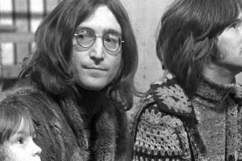 4. Eric Clapton Covered 2 of Bramhall’s Songs on ‘Riding With The King’ With B.B. King

Bromhall told The Austin Chronicle in 2001 that Clapton called him to tell him, “Along with D’Angelo, I think you’re the best contemporary artist I’ve heard in a decade.” Clapton told him that he’d been listening to Jellycream repeatedly and wanted to record “Marry You” and “I Wanna Be.” Bramhall played on the Clapton/King versions.

“It was surreal, flattering, and intimidating,” Bramhall said. “Playing lefty the way I do can make fairly simple stuff look much harder than it is.”

Bramhall not only plays guitar left-handed, but also upside down. He said it was weird having to correct Clapton. He explained to the Austin Chronicle:

He’d say, ‘I think you’re playing this … ‘ and I’d have to tell him, ‘Well, no, that’s not actually how it goes.’ I felt a little weird about that. But you know, it’s great that Eric Clapton likes my guitar playing. And it’s kind of funny after all these years playing and not really getting noticed outside the Arc Angels. I’ve been a failure for some time now.

Bramhall’s work with Clapton continues to this day. In 2013, Bramhall co-produced Clapton’s Old Sock and played guitar on a song on The Breeze: An Appreciation of JJ Cale.

5. Zellweger & Bramhall Have Known Each Other Since She Lived in Austin 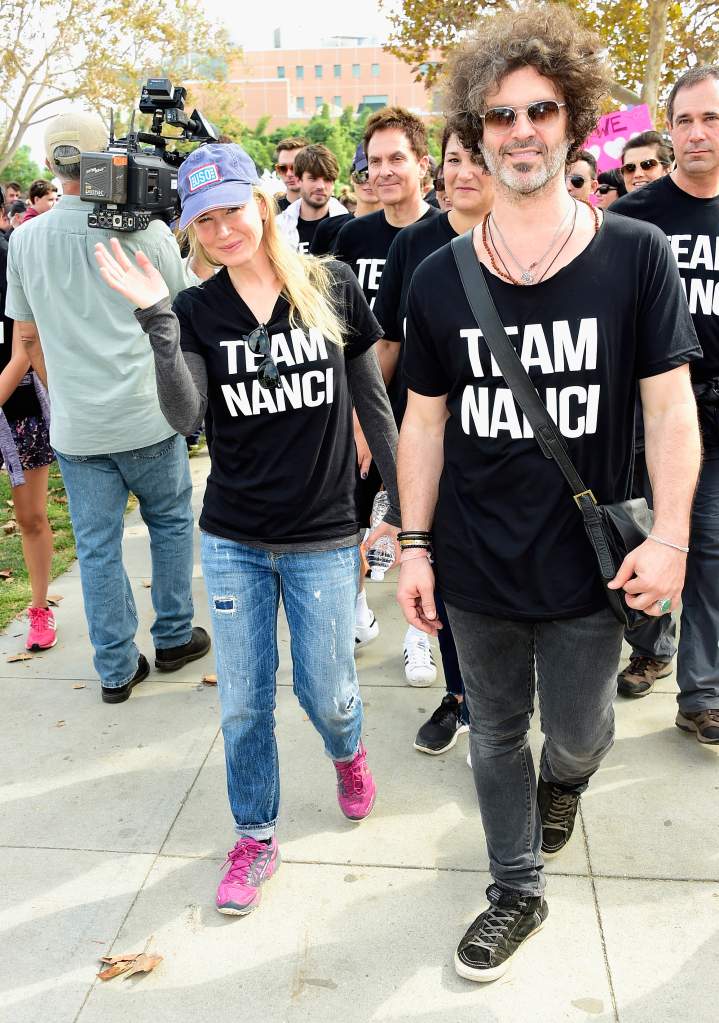 Zellweger and Bramhall met while Zellweger lived in Austin, where she attended the University of Texas at Austin and studied English. Although they’ve been seen together, Zellweger doesn’t talk about the relationship much.

“There is a familiarity between us, that sense you have when you’re with someone and you know you are home,” she told Vogue U.K..

“We have shared history, the same mutual friends from eons ago, before either of us was doing anything public,” she told the Hollywood Reporter and refused to say anything else.