Henry Winkler presented the In Memoriam segment at tonight’s 2016 Emmys, praising his late friend Garry Marshall. Marshall’s projects included Happy Days, Pretty Woman and many other amazing movies as well as shows. Winkler spoke of Marshall’s generosity, the love he had for his family and the opportunities he gave others. Winkler went on to talk about the many the entertainment industry has lost over the past year, moving into a touching performance by music artist Tori Kelly.

Earlier in the night, Shandling was honored and spoken about by his friend Jeffrey Tambor, who picked up an Emmy Award tonight. Tambor stated: 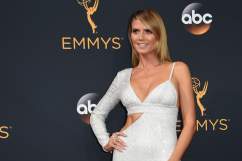 Emmys 2016 Red Carpet: The Photos You Need to See