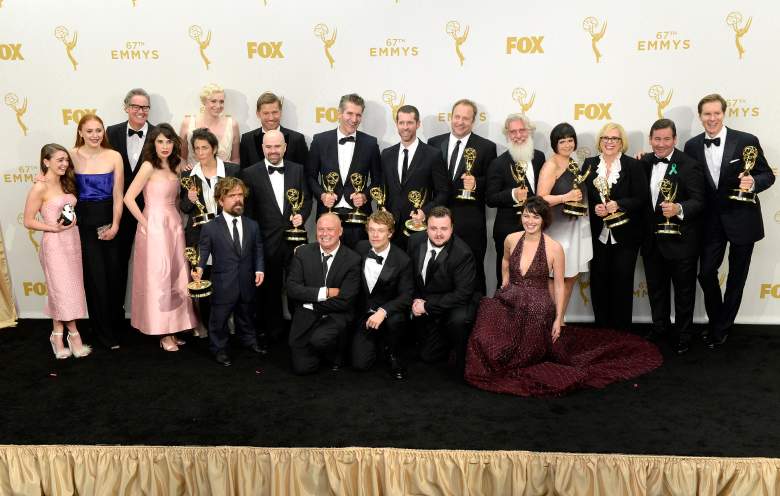 The cast of Game of Thrones celebrates the Outstanding Original Series win at the 2015 Emmys. (Getty)

Game of Thrones was the most-nominated show for the 68th Annual Primetime Emmys, with 23 nominations. For the second consecutive season, the show won the Outstanding Drama Series Emmy.

In 2014, while the show was in the midst of its fourth season, it became the most-watched HBO show in the premium cable network’s history. It’s easy to see why. The story of Westeros and the competition to control the Iron Throne, based on George R.R. Martin’s A Song of Ice and Fire book series, remains a unique television experience. HBO spares no expense when it comes to special effects every season and the show’s ensemble cast finds new ways to impress audiences each season.

Here’s a dive into the Emmys nominations GOT earned and what you need to know, plus the full list of awards won by the hit show.

1. Peter Dinklage Is Still the Only Actor to Win an Emmy for ‘Game of Thrones’ 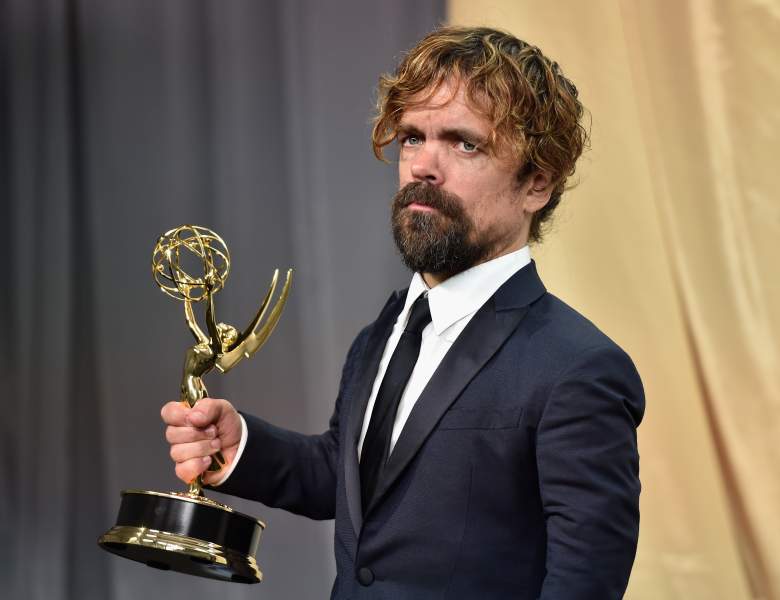 Peter Dinklage with his 2015 Emmy for Outstanding Supporting Actor in a Drama Series. (Getty)

Despite an incredible cast, only one actor has ever won an Emmy for a performance on Game of Thrones. Peter Dinklage, who plays Tyrion Lannister, won the Emmy for Outstanding Supporting Actor in a Drama for the show’s first season and has been nominated for every season. He didn’t win again until last year. He’ll have to wait for another night to win a third.

This year marked the first time Kit Harington and Maisie Williams have earned Emmy nominations. Diana Rigg, who stars as Olenna Tyrell, earned Guest Actress in a Drama nominations for seasons 3, 4 and 5. Emilia Clarke, who plays Daenerys Targaryen, was nominated for Supporting Actress for seasons 3, 5 and 6. Leana Heady, who plays Cersei Lannister, has been up for Supporting Actress for the past three seasons.

The only guest actor nominated for season 5 was Max Von Sydow, who played the Three-Eyed Raven. He lost to Ray Donovan‘s Hank Azaria. 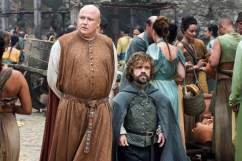 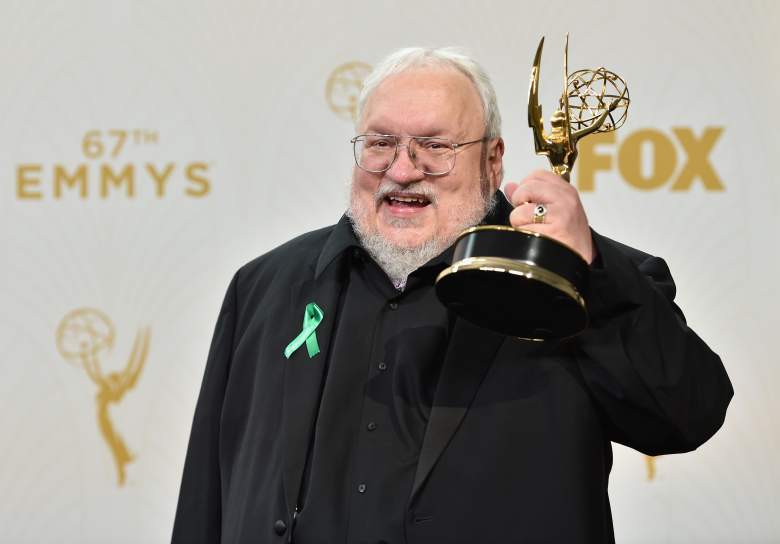 Game of Thrones went into Sunday night with nine wins already, thanks to the Creative Arts Emmys on September 10 and 11. All of these wins were in technical categories that the show excels in. Here’s the full list of wins it earned in the tech categories:

On Sunday night, the show added:

3. The Series Is Now the Most-Awarded Narrative Show in Emmys History 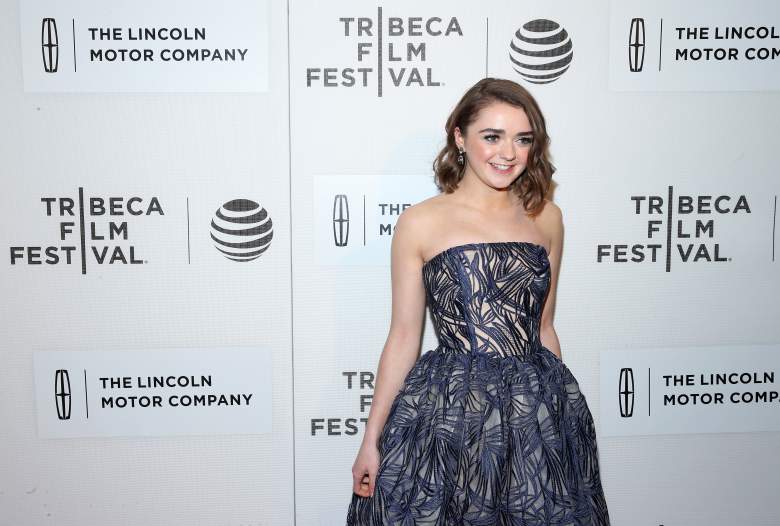 Maisie Williams (above), Lena Headey and Emilia Clarke are all competing for the Outstanding Supporting Actress Emmy. (Getty)

Including the show’s wins at the Creative Arts Emmys this month, Game of Thrones is now the most-awarded narative program in Emmys history with 38 wins. It broke a tie Frasier for the most Emmys ever for a narrative series after winning Outstanding Drama.

If the show doesn’t do it this year, it is bound to reach at least 44 Emmy wins before the show ends. That would tie it with NBC’s Saturday Night Live. What’s remarkable about that stat though is that SNL racked up its wins over 40-plus years. Game of Thrones has won 35 Emmys over just six seasons. 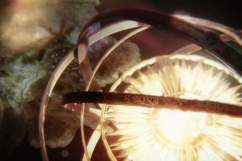 4. In 2015, ‘Game Of Thrones’ Had the Single Most-Honored Season of Any TV Show in History 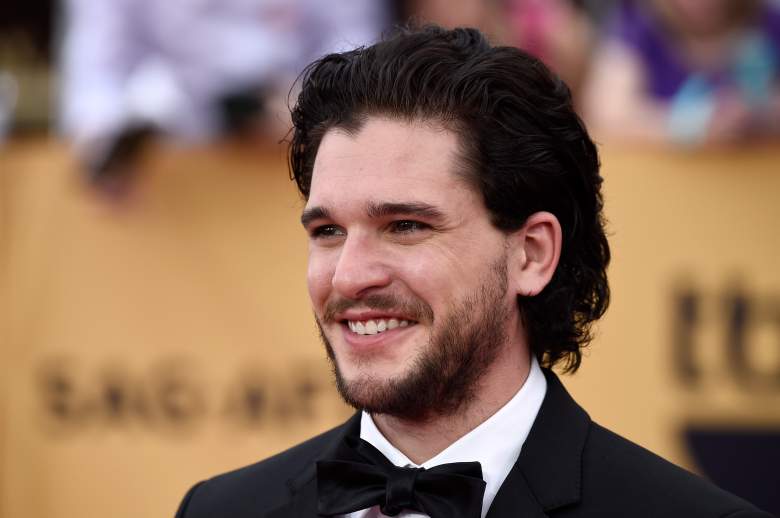 All Kit Harington had to do was come back from the dead to earn his first Emmy nomination. (Getty)

When Game of Thrones finally won Outstanding Drama Series for season 5 last year, it was a sigh of relief. Every season of the show had been nominated in that category, but lost to Mad Men, Homeland and Breaking Bad.

It wasn’t the only victory for the show last year, as it won 11 other Emmys. Its 12 wins were the most ever for a single season of a show. The previous record-holder was The West Wing, which won nine Emmys in 2000.

“We knew that there would be some resistance at first to a show set in this genre … we knew it would take a while,” executive producer David Benioff said after the show’s victory last year. “But we’d hoped if we did our jobs and if we were fortunate enough to be blessed with the cast and crew that we were blessed with … and if we got lucky, that we’d get there eventually.”

Once again, Game of Thrones is up for Outstanding Drama Series. 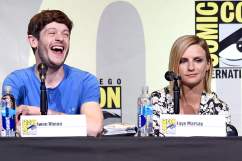 ‘Game of Thrones’ at Comic-Con: The Videos You Need to See

5. There Are Only 2 More Seasons of ‘Game of Thrones’ Left 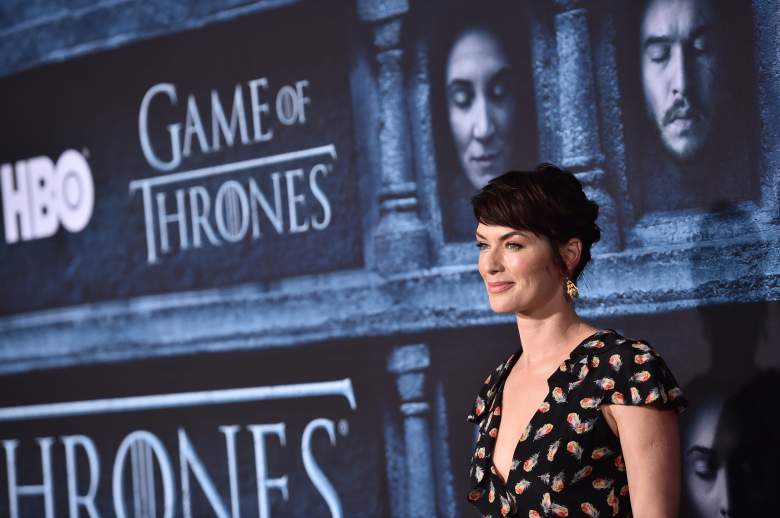 Lena Headey was nominated for the third consecutive year for playing Cersei. (Getty)

Game of Thrones only has two more chances to dominate an Emmys ceremony. HBO confirmed in July that the showrunners David Benioff and D.B. Weiss plan on ending the show with season 8.

“Yes, they have a very specific plan about the number of seasons they want to do,” HBO programming president Casey Bloys said at the Television Critics’ Association Press Tour in July. “Believe me, as the new [programming executive] coming in, if I could get them to do more. I would take 10 more seasons. But we take their lead on what they think they can do the best version of the show.”

Bloys said that they have talked about a spin-off, but he doesn’t think Benioff and Weiss want to even think about that before the main series ends. “It’s a pretty intense production, they’re about to start production soon. I’m open to it. The guys weren’t opposed to it, but there’s no concrete plans for it at this point,” Bloys said of a spin-off. 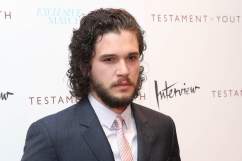