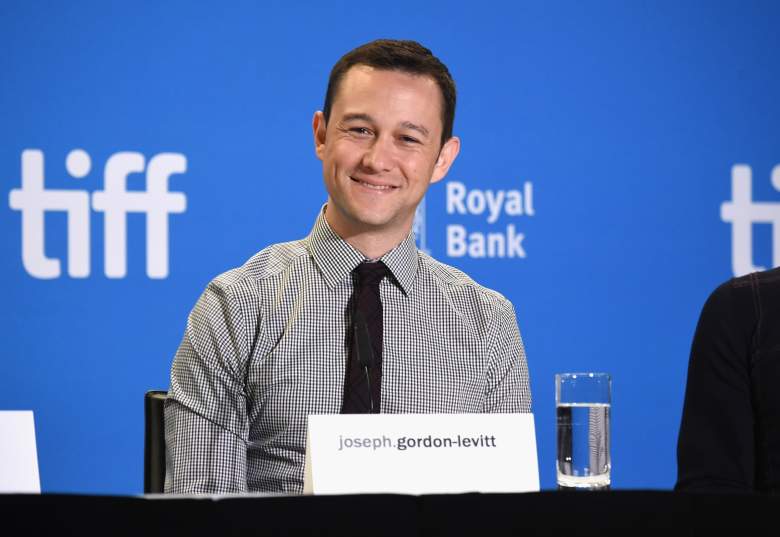 Joseph Gordon-Levitt has been a part of Hollywood since he was just 6 years old. He’s come a long way since his days as a child actor and is the star of Snowden, director Oliver Stone‘s movie about Edward Snowden. It hits theaters on Friday, September 16. For many, Gordon-Levitt is still the star of 3rd Rock From The Sun, but he’s successfully transitioned from child actor to adult star thanks to movies like Inception, The Walk and The Dark Knight Rises.

Here’s a look at Gordon-Levitt’s money and what he does with it.

1. Gordon-Levitt Has an Estimated Net Worth of $35 Million 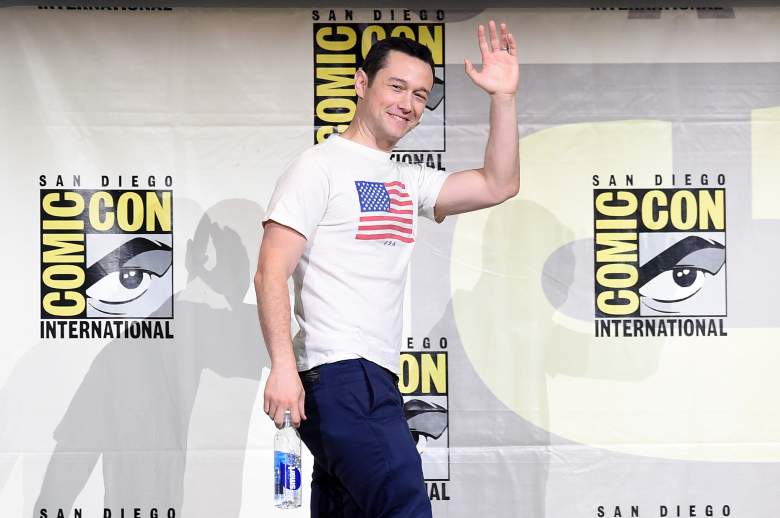 Joseph Gordon-Levitt at the Snowden panel at SDCC 2015. (Getty)

Gordon-Levitt has an estimated net worth of $35 million, Celebrity Net Worth estimates.

Gordon-Levitt’s wealth stems from two distinct periods as an actor. His first period, which began as a child star, ended when he started attending Columbia University in 2000. He dropped out in 2004 to return to acting. Since then, he’s been the face of indie movies, from Brick to (500) Days of Summer. He’s also fronted big studio projects, like The Walk and Inception.

Gordon-Levitt was born in Los Angeles and has some Hollywood in his blood. His grandfather, Michael Gordon, was a director and is best known for making the Doris Day/Rock Hudson comedy Pillow Talk.

When Gordon-Levitt was 6 years old, he entered Hollywood himself, starring in a TV movie. His first big role came as David and Daniel Collins on the 1991 Dark Shadows reboot. He even had a role on Roseanne in four episodes. But his biggest role came in 3rd Rock From The Sun as Tommy Solomon. 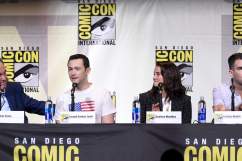 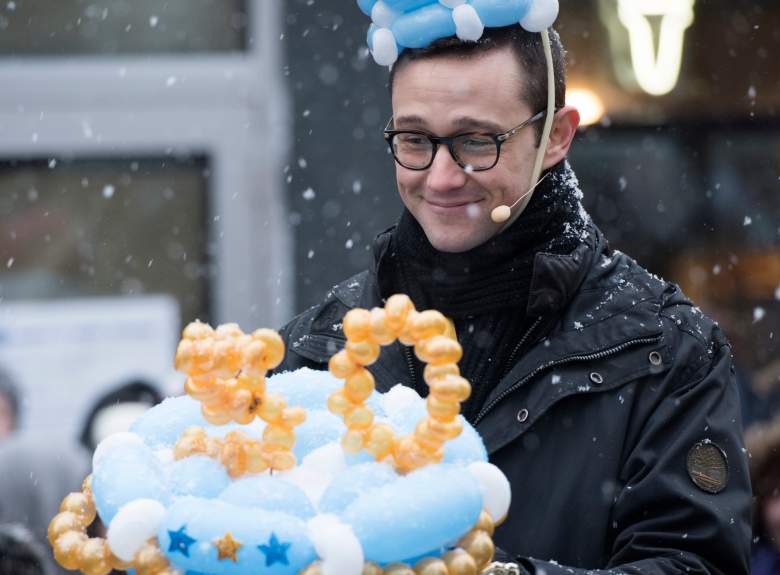 Gordon-Levitt was named the Hasty Pudding Theatricals 2016 Man Of The Year. (Getty)

In 2004, Gordon-Levitt founded HitRECord, a production company that puts the production in the hands of users. When a user posts footage on the site, other users can then take it and add to it or use it for their own projects.

The company’s success was followed by books and a television show called HItRECord on TV, which won an Emmy for Outstanding Creative Achievement in Interactive Media. The show’s second season aired in 2015 on Pivot. Each episode was made up of shorts created by users that followed a theme, with an introduction by Gordon-Levitt.

HitRECord’s website was launched in 2005 with the help of his brother, Dan, who died in 2010. The project came about during a period when he struggled finding acting jobs.

“At the time, I was in my early 20s, had quit acting for a while, and when I wanted to get back into it, I couldn’t get a job,” he told the Star-Tribune in January 2014. “I was pretty discouraged about that. I realized I had to take responsibility for my own creativity. I can’t wait around for someone to hire me and allow me to make things. I love it too much to wait.” 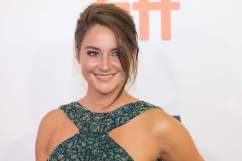 3. Gordon-Levitt Will Donate His ‘Snowden’ Acting Check to the ACLU & Production of an Edward Snowden HitRECord Project

Snowden Optimistic Project Announcement (HITRECORD X ACLU)Lots of people have been answering the question “Do you think today’s technology is good or bad for democracy?” And, just recently, we actually got THIS VIDEO CONTRIBUTION: http://bit.ly/1W1Od2r from Mr. Snowden himself. Now, I want us all to make a short film together out of his video. YOU CAN GET INVOLVED HERE: http://bit.ly/1Uye8O8 For…2016-06-16T18:56:36.000Z

Over the summer, Gordon-Levitt announced a HitRECord project called Are You There Democracy, It’s Me, The Internet, which would feature Edward Snowden’s own response to the HitRECord question “Do you think today’s technology is good or bad for democracy?”

Gordon-Levitt called out to users to create animation and illustrations to accompany Snowden’s response. Gordon-Levitt offered to pay for the production with his Snowden acting check and will donate the rest of that check to the ACLU. Here’s how the final video came out:

Edward Snowden: It’s Only Getting Better (HITRECORD x ACLU)A lot of people associate Mr. Snowden with the dark side of technology. Which makes sense, since he revealed the truth about some pretty dark things being done with tech these days. But I found out that he's actually quite optimistic about the future… —— CHECK OUT THE PRODUCTION PAGE HERE: https://hitrecord.org/productions/2650293 Join HitRECord and…2016-08-19T19:09:05.000Z

Gordon-Levitt met Snowden last year and told the Guardian that he found him ” warm, kind, thoughtful.”

The actor said about the meeting:

I left knowing without a doubt that what [Snowden] did, he did because he believed it was the right thing to do, that he believed it would help the country he loves. Now, as he would say, it’s not for him to say whether it was right or wrong. That’s really for people to decide on their own, and I would encourage anybody to decide that on their own. I don’t want to be the actor guy who’s like, ‘You should listen to me! What he did was right!’ I don’t think that’s my place. Even though that is what I believe – that what he did was right. 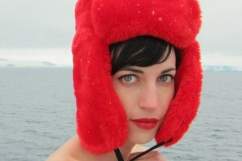 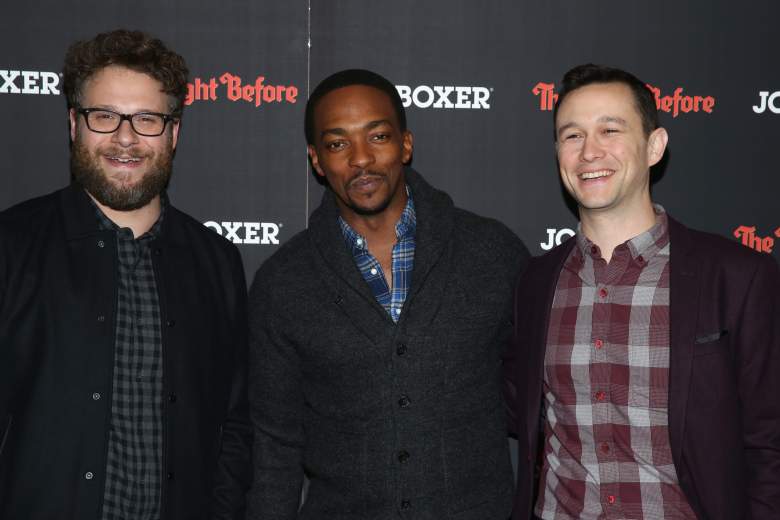 In 2015, Gordon-Levitt starred in The Night Before with Anthony Mackie and Seth Rogen. (Getty)

In 2014, Gordon-Levitt performed at Seth Rogen‘s annual Hilarity for Charity show, which benefits the Alzheimer’s Association.

Gordon-Levitt has also supported the Motion Picture and Television Fund, which helps raise funds for members of the entertainment industry who face health and financial struggles. 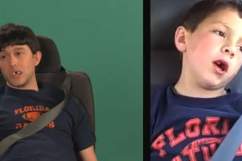 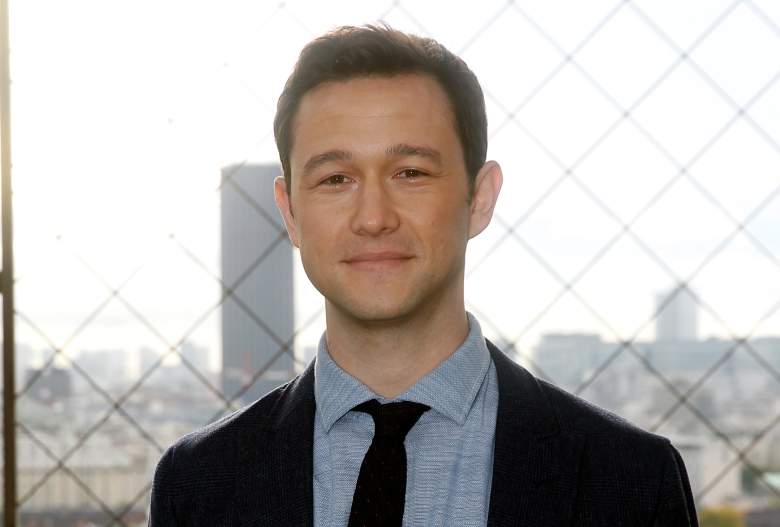 Gordon-Levitt has Golden Globe nominations for his performances in (500) Days of Summer and 50/50. (Getty)

In December 2014, Godron-Levitt married Tasha McCauley and the two have a 1-year-old son.

In February 2015, Variety reported that Gordon-Levitt spent $3.25 million on a home in the Franklin Hills neighborhood in Los Angeles. The home, built in 1940 and designed by Paul Revere Williams, covers 3,771 square feet and has most of its original decor.

The home was put up for sale after the previous owner, who had owned the home since 1957, died. 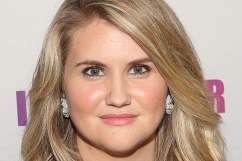