Angelina Jolie has filed for divorce from husband Brad Pitt, as reported by TMZ. The couple has only been married two years, but they’ve been together since 2004, so the divorce comes as a surprise to many fans. TMZ stated that the split stems from Jolie’s views about how Pitt interacts with their children. There are also allegations about drug use and infidelity. Actress Marion Cotillard appears to be at the center of the cheating claims, according to Page Six, though sources have told TMZ that the infidelity claims are untrue. Cotillard was filming the movie Allied opposite Pitt for months in London.

Marion Cotillard is not a single woman. Since 2007, she has been married to her husband Guillaume Canet, who is also a French actor, as well as a film director and screenwriter. Some of the movies you may recognize him are Love Me If You Dare and The Beach. Previously, Canet was married to actress Diane Kruger, who he divorced a year before marrying Cotillard. Kruger recently ended her 10-year-long relationship with actor Joshua Jackson.

The couple has one son named Marcel, who was born in 2011.

2. There Are Infidelity Clauses In Jolie’s Prenup With Pitt 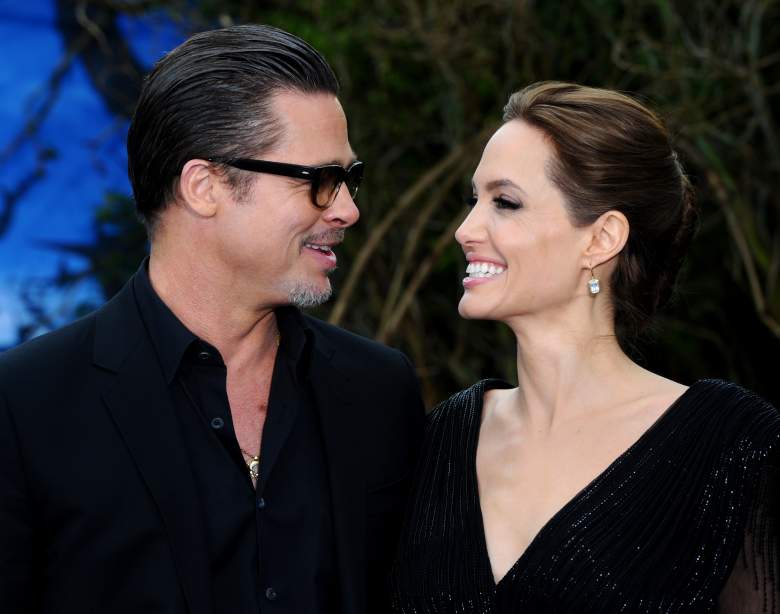 When it comes to cheating, the couple have some guidelines in their prenuptial agreement, according to Radar Online. A source revealed:

If Brad gets too serious with another woman while they are married, she’ll get primary custody if they split.

According to TMZ, Jolie is indeed requesting primary custody of their children.

3. Pitt Was Allegedly Cheating With Russian Hookers As Well

Page Six has reported that Brad Pitt has cheated on Jolie with Russian hookers in addition to his alleged fling with actress Cotillard. A source stated:

He’s in the throes of some insane midlife crisis, and Angie is fed up. She hired a private eye because she felt that he was fooling around with her on the set, and it turns out, he was. And that was the final straw.

As for the prostitutes, Page Six reports Jolie’s private investigator discovered the infidelity, saying Pitt was “boozing it up” with co-workers and hookers.

Angelina Jolie reportedly filed for divorce from Brad Pitt for “the health of the family.” TMZ reports that drugs and alcohol may have played a part in the couple’s demise. Sources have stated to TMZ that Pitt’s consumption of alcohol and smoking weed, mixed with anger issues, are what have fueled the divorce. Jolie wants physical custody of their children and wishes to grant Pitt visitation rights.

5. Jolie and Pitt Allegedly Had an Affair When Pitt Was Still With Ex-Wife Jennifer Aniston

When Jolie and Pitt began working together in 2003 on the set of their movie Mr. & Mrs. Smith, Pitt was still married to ex-wife Jennifer Aniston. Rumors swirled that Jolie and Pitt may have been having an affair. When Jolie did an interview with Vogue in 2006, it seems as though the rumors may have been true on some level as Jolie stated:

Because of the film, we ended up being brought together to do all these crazy things, and I think we found this strange friendship and partnership that kind of just suddenly happened. I think a few months in I realized, ‘God, I can’t wait to get to work.’ … Anything we had to do with each other, we just found a lot of joy in it together and a lot of real teamwork. We just became kind of a pair.

It took until, really, the end of the shoot for us, I think, to realize that it might mean something more than we’d earlier allowed ourselves to believe. And both knowing that the reality of that was a big thing, something that was going to take a lot of serious consideration.

Pitt’s ex Aniston’s reaction to Jolie’s interview was this:

There was stuff printed there that was definitely from a time when I was unaware that it was happening. I felt those details were a little inappropriate to discuss. That stuff about how she couldn’t wait to get to work every day? That was really uncool.