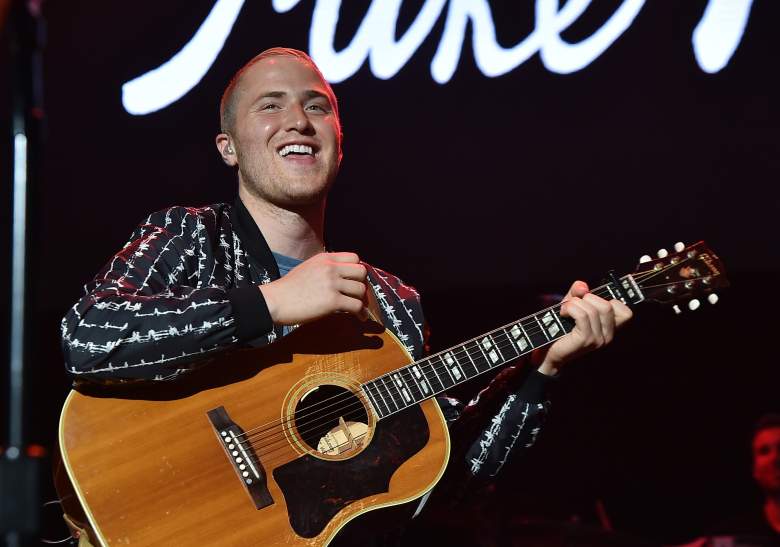 Mike Posner could have gone down as a one-hit wonder after his follow-upsalbums to 2010’s 31 Minutes to Takeoff and the hit single “Cooler Than Me” were never released. But in 2015, he made a big comeback with the hit “I Took a Pill in Ibiza.” His second album, At Night, Alone., followed in May 2016. Posner performed on The Tonight Show Starring Jimmy Fallon on September 6. “I Took a Pill in Ibiza” was also nominated for the Grammy Song of the Year.

Here’s a look at Posner’s life and career.

1. Posner Really Did Take a Pill in Ibiza That Made Him Feel 10 Years Older

After “Cooler Than Me” became a huge hit, he wasn’t able to follow it up with another smash hit. “Please Don’t Go” and “Bow Chicka Wow Wow” were hits, but not as big as “Cooler Than Me.” At one point, he decided to sell nearly everything he had and traveled around with friends. He landed in Ibiza, an island in the Mediterranean, where he really did take a pill that made him feel 10 years older, as he says in the song. He was on the island with Avicii, who he had just written “Stay With You” for.

“Physically I felt terrible. I think I gained many life experiences in that three or four hours,” Posner told Radio.com in February 2016.

Posner thinks the song’s success is ironic, since it’s really about trying to escape the music scene. “The track is about being done with the scene. The writing of that song has thrust me back into the scene. That I think [is] comical,” he told Radio.com.

Posner further explained on Genius.com that he was already drunk when he took the pill after someone approached him in the audience at Avicii’s show. He explained:

He holds up this little bag of pills and is like, ‘You want one?’ And drunk Mike Posner was like, ‘F**k it, yeah.’ So I took one and I had never done that before, and I felt amazing. Then when I came down I felt ten years older…

“I Took a Pill in Ibiza” was first released as an acoustic track in April 2015. Two months later, the remix by SeeB appeared, turning the song into a hit. The video for the SeeB remix has over 557.9 million views on YouTube.

The authorities in Ibiza weren’t too happy about the song. Tourism Director Vicent Ferrer told the AFP in April 2016:

We have invited the author of this song to discover Ibiza because we have much more to offer besides the nightlife which is known worldwide. We have museums, beaches, culture, gastronomy, we have a wide offer but unfortunately we have been typecast this way. Unfortunately someone who wants to consume pills or alcohol can be found in any tourist destination, the fact that it is only us who are pigeonholed does not seem fair. 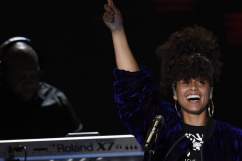 Alicia Keys’ Net Worth: 5 Fast Facts You Need to Know 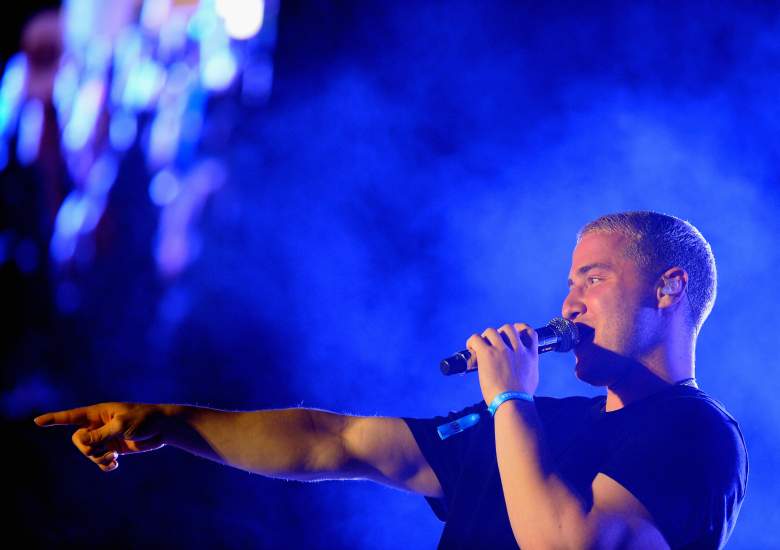 Mike Posner performing in Las Vegas in May 2016. (Getty)

Posner frequently collaborates with Big Sean, who also grew up in Detroit, but he also worked with other pop superstars during the years inbetween “Cooler Than Me” and “I Took a Pill in Ibiza.” Posner co-wrote the Maroon 5 hit “Sugar” and co-wrote Justin Bieber‘s “Boyfriend.” He also co-wrote “Numb” for Nick Jonas and “Nothing Without You” for Olly Murs.

Adam (Levine) wanted the song. He called and asked for it months before and I said no. But when Pages wasn’t going to come out and I sort of had the seedlings of this new record, I thought, ‘Well, this is just gonna sit on my laptop’ so I gave it to them and when they recorded the song Adam added his flavor to it and he wrote on it as well, lyrically and some melodic things, and he really sang it well. I’m a big fan, so I’m glad they did it. 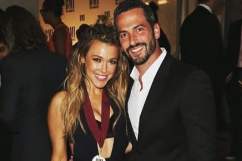 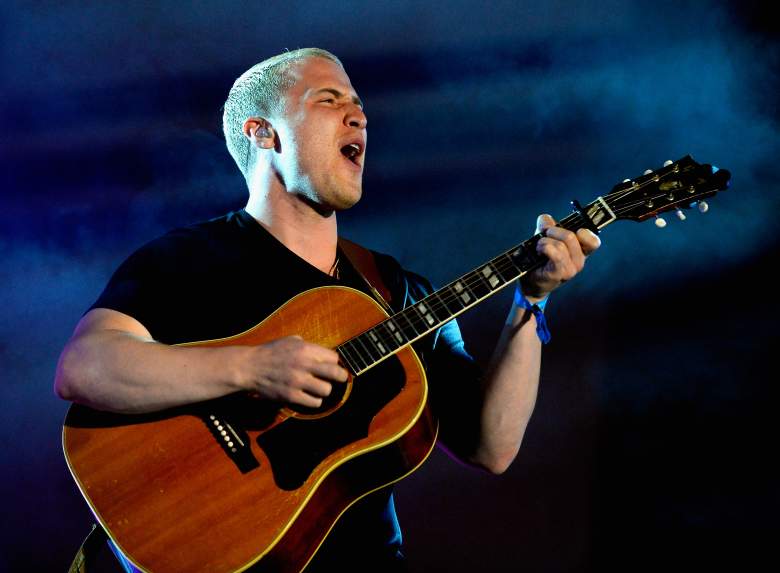 Mike Posner in May. (Getty)

Despite the success as a songwriter, he told Billboard in May 2016 that it was the opposite of what he wanted to do. His label, RCA, suggested he focus on songwriting, but he asked to be dropped instead.

Next, he picked up Amanda Palmer’s 2014 memoir The Art of Asking, which changed his life. “I realized I could do music for the sake of music, not the other things that come with it. That was a major shift,” he told Billboard. His next step was going to Utah and then Burning Man with just a guitar in hand. He’d perform for people, who would tell him that he should pursue music.

After that, he returned to Los Angeles and got a deal with Island Records. He released an EP in 2015 called The Truth, which included the original version of “Ibiza.” Then, he allowed the EDM remix to be made, turning “Ibiza” into a hit. At Night, Alone. also includes EDM remixes of other songs. “They are giving my songs a second life,” he said of the remixes. 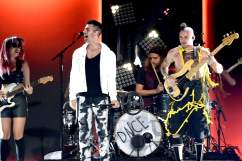 4. Posner Admits to Taking Mushrooms ‘Every Five Months or So’

Posner once used his YouTube page to post personal stories, including the above video called “Draw My Life.” In it, he revealed that he suffered from depression and wasn’t as happy as he thought he would be after first landing a record deal and becoming famous. That was part of the reason why he withdrew from the stage to begin writing and producing behind the scenes. In this video, he explains another reason for wanting to record again: he decided to donate a meal to a child for every album he sold.

The 28-year-old Posner also revealed to Billboard in May that he is now sober. He now lives in Detroit, to help care for his father, who has cancer.

“Every five months or so” though, he takes Psilocybin mushrooms. “It’s a way for me to take a look at my life from the outside. Psilocybin’s a fancy word for mushrooms,” he told Radio.com.

He explained to Billboard:

They help me see problems from a ­different perspective. What I’m trying to do is maintain some ­mindfulness about being popular — I wasn’t so great at that last time around. I’m trying to get back into the world and bring my metaphorical mountain in Utah with me. 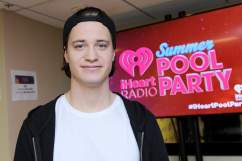 5. Posner Said ‘At Night, Alone.’ Is a ‘Brutally Honest’ Project

At Night, Alone. came together after “Ibiza” was released and the theme of it is “honesty,” he told Entertainment Weekly in May 2016. “After I wrote ‘I Took A Pill in Ibiza’ I knew I was just going to do a whole project like that, being brutally honest,” he explained.

That honesty was inspired by his mother.

“She’s brutally honest, which is so important for me,” Posner told NPR in May. “Just to have someone who’s not wrapped up in the little Mike Posner show is unbelievably valuable to me. She’ll tell me if she doesn’t like a song. And when she does like a song, it just means the world to me, because she doesn’t throw around compliments.”

Posner said he was also inspired by Norman Henry Mamey, his late music teacher who conducted the orchestra heard on several of At Night, Alone.‘s songs. 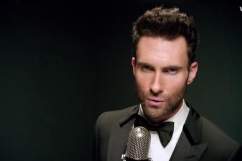 Read More
5 Fast Facts, Justin Bieber, Music
Mike Posner is the singer behind "I Took A Pill in Ibiza" and "Cooler Than Me." Here's a look at his life and career.