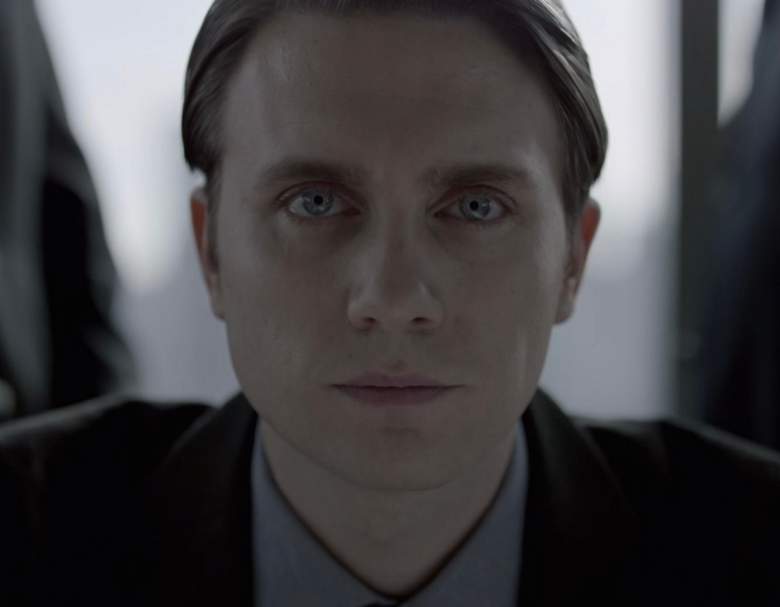 Mr. Robot left us with some crazy theories when the Season 2 Episode 12 finale ended on Wednesday night. Fans got some major questions answered, but they were left with a lot of unanswered questions too. One of the major questions from this episode involves exactly who or what Tyrell is. Read on for the top fan theories along with explanations from the finale. Warning: This article has spoilers through the Season 2 finale.

First and foremost, it appears that Tyrell is alive. After the way Episode 11 ended, fans were left wondering if Tyrell was real or if he was just another alter of Elliot’s. And let’s be honest: the alter theory was intriguing. Tyrell talked and acted completely different from the Tyrell we last saw in Season 2. He acted a lot more like Mr. Robot than his Season 2 self. And there was a moment in Season 3 when we all believed that yes, Tyrell was Elliot’s alter. When Mr. Robot, Elliot, and Tyrell were standing together in the building across from E-Corp, we thought that surely Tyrell was another alter.

But then Sam Esmail turned everything upside down and showed us, once again, that everything we believed just wasn’t true.

Elliot wanted to stop them from blowing up the E-Corp building and killing so many innocent people. He didn’t want any fallout or innocents killed because of their mission. Mr. Robot and Tyrell don’t agree with that. To stop Elliot from killing the hack, Tyrell shot Elliot. He had tears in his eyes while he was doing it, but he did it.

Elliot didn’t die. We find this out at the end of the episode. We also find out, when Angela answers the phone and addresses Tyrell, that she knows Tyrell is real and not an Elliot alter. (We also saw this when Tyrell’s photo was on the FBI’s evidence board.)  But who exactly is Tyrell? Elliot kept emphasizing in the episode (and in previous episodes) that he doesn’t trust what he sees and neither should we.

Well, what we do know is that Tyrell and Elliot are close. Tyrell was still in tears when he was talking to Angela and he said that he loved Elliot. This was more than just a man who was given a purpose by Elliot. A top fan theory right now is that Elliot and Tyrell go way back. Perhaps Tyrell is also family. Or a best friend that Elliot has forgotten. But somehow, Elliot and Tyrell are connected. (One theory being tossed around is how crazy it would be if Tyrell was actually Elliot’s real dad. That’s not too likely, considering the age of his wife and family. And even though Elliot doesn’t trust what he says, which means Tyrell could actually look completely different from what we’re seeing, his photo is the same on the FBI evidence board. So the Tyrell we’ve been seeing really is Tyrell Wellick.)

There’s another possibility that some fans are considering. The Dark Army really respects Elliot. They protected Elliot when he was in prison because of his Stage 2 plans. He somehow has gained a semblance of control within Dark Army. White Rose hinted at a belief in the supernatural when she was talking to Angela, a hint that Angela held some greater purpose level of importance. It could be that there’s some type of religious-like respect for Elliot going on within the Dark Army and Tyrell is plugged into that. Perhaps he loves Elliot as if Elliot is some type of supernatural savior.

But more than likely, since Angela said that she too loves Elliot, their connection is on a closer, familial or deep friendship level. Maybe Tyrell is a long-lost brother or a forgotten best friend. Or maybe he’s the Jesus to Elliot’s “God the Father,” willing to do whatever it takes to ensure Elliot’s ultimate mission.

What do you think is Tyrell’s connection to Elliot? Let us know in the comments below. 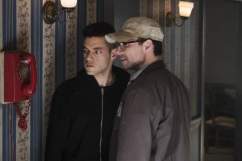 When Does ‘Mr. Robot’ Return for Season 3?